Everyone is familiar with the importance of RAM or memory in a system. It’s obviously a key component for any computer to function properly. You definitely don’t want to skimp out in this department of your system. But you should be aware of what type of memory you actually need so you don’t go overkill as well. A computer with an adequate amount of RAM will not run into slowdowns, face crashes, and will perform better overall. For instance, during our testing of the Best X299 Motherboards, our system yielded better results when paired with 64GBs of RAM instead of 32GBs.

But it’s not all just about capacity. There are also issues of compatibility, price/performance ratio, and other minor things such as latency and aesthetics. However, a major concern people tend to overlook is the speed or frequency of the memory.

Hard drives and SSDs store a lot of data which the CPU churns through during processing. The same process is true for RAM (albeit there are a few different methods here). So a lot of people think they might need faster memory. But is this really the case?

DDR4 is the latest iteration of mainstream desktop memory. It’s miles ahead in terms of performance from DDR3. DDR4 memory can start from 2133Mhz and go all the way up to 4266Mhz and beyond. Keep in mind that when we go beyond 2400Mhz, that’s where DDR4 steps outside its official spec.

To obtain clock speeds higher than that we need to change a few things in the BIOS. For Intel, it’s a simple act of going into the BIOS and turning on XMP (Extreme Memory Profile) checkout our detailed ram overclocking guide here. This is a sort of overclocking for RAM so it can attain its actual advertised speed. The AMD equivalent for this is DOCP (Direct Overclock Profile). Still, depending on the actual processor and motherboard (such as these X470 motherboards), you can’t go past a particular speed. This varies from scenario to scenario.

Should I Be Concerned With RAM Speeds?

At a certain point, higher RAM clock speeds start to make less sense. This is because even if you could forcefully feed more data into the CPU, it couldn’t possibly process all that data at one time. So there is a certain sweet spot to be found here. Especially with Ryzen, there were a lot of issues with memory clock speeds at launch as it would just not boot when memory was clocked beyond 2666Mhz.

Coming back to the original question, do RAM speeds matter? Well, we don’t want to give a vague and non-descriptive answer, but it definitely depends upon the user.

First, let’s take a look at the effect of RAM speeds on games. A lot of games aren’t very particular about RAM frequency. In fact, it doesn’t have a drastic effect on the average framerate in a lot of games. However, some games are a bit more particular about this. PCs with higher capacity and higher clocked RAM performed better in a few particular games.

In terms of productivity, RAM speed has been known to make a difference. Especially with video editing, systems with faster memory tend to render video quicker as well. Even in minute tasks such as transferring files, faster RAM is a bit more appreciated. 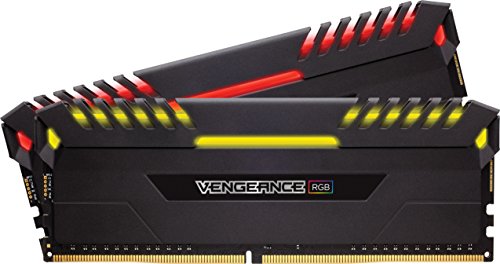 However, in the end, it all comes down to the price to performance ratio. From the base 2133Mhz, there’s a noticeable jump in performance to 2666Mhz. Going above that to 3200Mhz is still a slight improvement. Anything over that is where things start getting muddy.

If you’re still a bit confused about what RAM to choose, check this review.

As we mentioned above it all comes down purely to price and performance. If you’re going all out with a high-end rig then sure go with 3200Mhz to get that slight increase in performance. But for most people with a more constricted budget, we recommend focusing on other areas of performance first. Such as the GPU and the processor. For most mainstream builds, 2400Mhz or 2666Mhz seem to be the sweet spot. The slight mileage you get in performance going beyond that is barely worth it.