When it comes to memory, the first name that comes to mind is definitely Kingston Technologies. Established in 1987, Kingston has made its reputation by deploying the most reliable memory products to date. They are well-known as the largest independent manufacturer of memory products. Having product line mainly the DRAM, storage, USB and SD Card, however, never remained the same. The gaming peripherals like Keyboards, Mice, and Headsets have been the top of the trends currently ruling the market. In addition, Kingston is now a known competitor to quality brands like Razer, Corsair, and a few others. It’s all started with the induction of the leading sub-brand, HyperX. Introduced in 2002 and well, they are also partners in Global E-Sports events.

Since the era of DDR4 started, we have seen so many new and elegant design RAM modules. With being the HyperX leading gaming brand, the Fury series RAM kits were inducted into the market as the first gaming RAMs by HyperX. It was not the full stop, the Predator and Savage are more HyperX’s best ever memory modules on the market. The HyperX kits were also included in our picks for the best DDR4 RAM for gaming list.

Today, we take a look at Kingston HyperX Fury 16GB DDR4 RAM kit. The black color Fury DDR4 comes in a capacity unit of 16GB, having a frequency of 2666 MHz. runs at a latency rate of CL15-16-17-35, while operating voltage at 1.20v. It is compatible with all DDR4 platforms i.e. Skylake and onwards, plus the newest AMD system. Fury DDR4 comes in various capacities ranging from 4-16GB single module to 16-64GB multiple modules. Also, this Fury series offers three different color schemes i.e. Red, White, and Black (this sample). With that out of the way, let’s begin with our Kingston HyperX Fury 16GB DDR4 2666 MHz Memory Review.

Let’s have a look at the modules.

It comes in a box packaging having a black and red color scheme. The vertical inside look offers an initial look at the module. The big HyperX logo is printed on the top portion. At the bottom, Accelerate Gaming! being printed for advertisement purposes.

Inside the box, we found a set of RAM modules further packed in a plastic, transparent tray being closed from the top. We bring the RAMs out and this is how we’ll catch this up in our sample. We usually don’t see such detailed packaging, especially from Kingston, since they have been using plastic tray packaging for their RAMs, while Box packaging is mostly region-dependent. What else one could find in a RAM kit? Well, of course, the sticker of the brand logo is as seen in any other DRAM. Here, we see a small manual which of course would show the installation of kit and identification of slots plus, the warranty information for consumers. The HyperX logo alongside looks fancy. Hyper being red and X being whitish is indeed an aggressive combination. HyperX is a trademark.

Fury DDR4 has a Signature Asymmetrical FURY design with a low-profile heat spreader. The bigger, shining HyperX logo on the front is being designed at the right corner. An appealing logo, which you will see on almost all the gaming RAMs powered by HyperX. Well, it reminds me of the Fury DDR3 RAM module, which is somehow quite identical to this. Speaking of DDR3 RAMs, you can also find our picks for the best DDR3 RAMs in this roundup.

The backside usually carries a sticker that tells you something related to the warranty. This RAM kit followed the same pattern and has a Warranty void sticker consisting of Model No., capacity, and related specifications. What’s important about this sticker is, in case you remove it accidentally or intentionally, the warranty is void, which means, you won’t be able to claim the warranty, whatsoever.

The corners have the most satisfying look, as the cutting-edge design makes it more stylish. The black PCB is now being the new standard for gaming RAMs. Kingston is also being used in many of their Gaming RAM modules. The module has a printed Fury on Extreme left being designed in white makes it contrast to the base color of the heat spreader, though it looks quite simple these modules look too damn sexy in presentation. Up the hill, there are a series of transverse holes creating a slight impact on its design.

The top view of the heat spreader simply looks elegant. The HyperX logo printed on top adds more aesthetics to the final look. The heat spreader itself is very slim than the one in competition. Running at coolest 1.2v with such a slim heat spreader, this definitely great work by the team over Kingston. Down the bottom, the Gold strings are noticeable as slightly different from the regular DDR3 modules, this is because the DDR4 platform has slightly changed, that’s why all the modules in the DDR4 interface protocol are designed the same way. More DDR4 RAM kits can be found in our selection of the best DDR4 RAM for Ryzen 5000 series roundup.

We installed the set of DDR4 Fury in A2 and B2 slot combination. We could also set A1 and B1, but this is how we have done. Users can go with what combination they want to. As for the number of modules in DIMM slots, yes, it’d have been looking much better and cool, if all four slots were populated. And we would suggest gamers get a 4x4GB kit for a much better showcase. The latest trend in the consumer market is RGB. No doubt, it looks gorgeous and much cooler than any non-RGB modules. However, RGB on DRAM sometimes appears too flashy, not everyone is looking to inhale this trend. Many gamers and PC builders still prefer to have an elegant, bold look in the DRAM area. Fury DDR4 does appeal with its black outlook, it all depends on one’s tastes.

As for compatibility, fury DDR4 is a low-profile, smart memory module, which does not interfere with the cooling fan in case the user opted for a Tower Heatsink cooler.

We used several programs, specifically designed to test DRAM performance. All the synthetic tests are done via multiple programs by having Sample ram at stock frequency. In addition, Patriot Viper 16GB (2*8GB) DDR4 2666 MHz CL18 RAM module is set to compare with the HyperX Fury DDR4. There are a couple of programs that output nearest to the real-world performance, that have also been conducted as per our methodology. Lastly, there is an almost unnoticeable difference in real-world gameplay, especially when the comparisons have the same bus speed. Therefore, we didn’t include them in the benchmark charts.

AIDA64 MEM/CACHE, a memory benchmark tool used to measure the bandwidth and latency of the CPU caches and the system memory. It’s the most comprehensive tool, that tells everything you need to know regarding memory. The above chart exhibits HyperX Fury DDR4 has a much better read and write speed. additionally, the Latency rate or timing is also making the difference as our sample got lower timing which means, it takes less time to read the files and which results in a faster speed.

Hyper Pi, the program used by overclockers in order to test performance and stability on multi-core machines. Since Super PI is single-threaded, you may take advantage of Hyper PI’s capabilities and work with multi-core processors. Here, HyperX fury DDR4 is slightly stable and faster than the competitor. The lower the achieving time, the better product will be.

Firestrike is a performance evaluation tool that helps you understand the performance and value of PC components, however, in a synthetic manner. In Physics benchmark, it measures scene processing by utilizing CPU and the system Memory collaboratively.

A higher score means, better hardware in competition. The sample RAM has scored higher, but the difference margin is may not that we could give it a full thumbs up. At the end of the day, such results do count.

WinRAR has a benchmark module that generates results in kb/s. After processing 10 MB data it gives an average speed. This can be considered a benchmark result. With being better latency, Fury DDR4 has processed more files with better speed. On a related note, you can also read our opinion piece on RAM Speed – Does it matter?

We gave it a test to verify the overclocking ability. We started off with little increment on bus speed i.e. 2666 MHz to 2800 MHz without voltage being touched. The outcome was stable and we ended up with a slight increase in the Read/Write speeds. In the second run, we switched back to BIOS and pushed the memory by 100 MHz more, which in reality gave us 2900 MHz and it was only possible by cranking the voltage up to 1.35v which is also the max level we could afford. The results were quite interesting. Besides, better Read/write, we see betterment in Latency rate too, i.e. 52 ns, which previously was standing at 54 ns. Well, this was an encouraging result, Which led us to strive for 3000 MHz, and we were able to bring the sticks all the way up to 3000 MHz, however, performance was sacrificed, as the outcome was rather inferior to the one at 2900 MHz. So we stayed at the 2900 MHz mark and utilized the benchmark. Well, I must admit here, Fury DDR4 did overclock well, and why is it so surprising is because we have been underestimating the capabilities of HyperX Fury RAMs, especially when it comes to overclocking. Overall, the 300 MHz increment is indeed a very good achievement.

You can also take a look at more products from HyperX in our HyperX Cloud II Wireless Headset review.

As we found out in our Kingston HyperX Fury 16GB DDR4 2666 MHz Memory Review, the Fury is a low profile, smart RAM module being designed for casual as well as enthusiasts classes. Consumers usually love to have an aggressive color scheme on the modules, so does have the Fury DDR4. Additionally, you can go with full white, a modder’s friendly choice, and/or full Red as well. On the aspect of RGB, no, it doesn’t have RGB, which of course, reduces the points. As for compatibility, it’s completely safe since the memory has a low profile and in most cases, you won’t see any obstruction for cooling fan arise from the heat spreader.

With being on top at the Latency rate, Fury DDR4 has left behind the competitor, Patriot Viper, in almost every benchmark. This is surprising because RAMs having similar bus speeds usually end up with more or less the same results, but HyperX Fury DDR4 rather showed noticeably better results. Although these numbers might not reflect the gaming improvement, for benching and rendering work, it’s just a great plus. In addition, its overclocking is worth looking at, I was able to bring this 2*8GB kit all the way up to 3000 MHz, with entirely stable benchmarked.

Overall, HyperX Fury 16GB DDR4 is good looking Module with impressive synthetic performance and unbeatable compatibility. If you’re looking for a non-RGB RAM module with some aesthetics, then consider HyperX Fury DDR4 top of your buying list. HyperX modules similar to this one were also included in our picks for the best DDR4 RAM for laptops, so you should be sure of its quality.

HyperX Fury DDR4 appears to be one simple yet exquisite-looking RAM module that has a low-profile heat spreader that emerges no obstruction at all. It performed well against the competitor and has a good overclocking ability, too. It’s entirely a good package unless you are looking for very high-speed modules out of the box and/or RGB stuff. 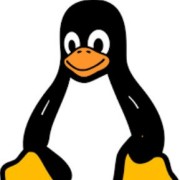 Norman is a passionate PC Geek with extreme interest in latest hardware and future developments. He has been reviewing hardware since 2015 and gained extensive experience reviewing and setting up high end rigs.
Reviews
Back to top button
Close
Close
Close