The latest systems might not be compatible with DDR3 RAMs but there are a lot of processors that offer strong performance and use DDR3 RAMs, especially the extreme series processors from the 3rd and 4th generation of Intel. While memory has gotten faster (and cheaper) in comparison to those times, DDR3 is still quite popular. In fact, many people are still rocking their third/fourth-generation Core i5s and i7s. So, there is definitely still a market for it. 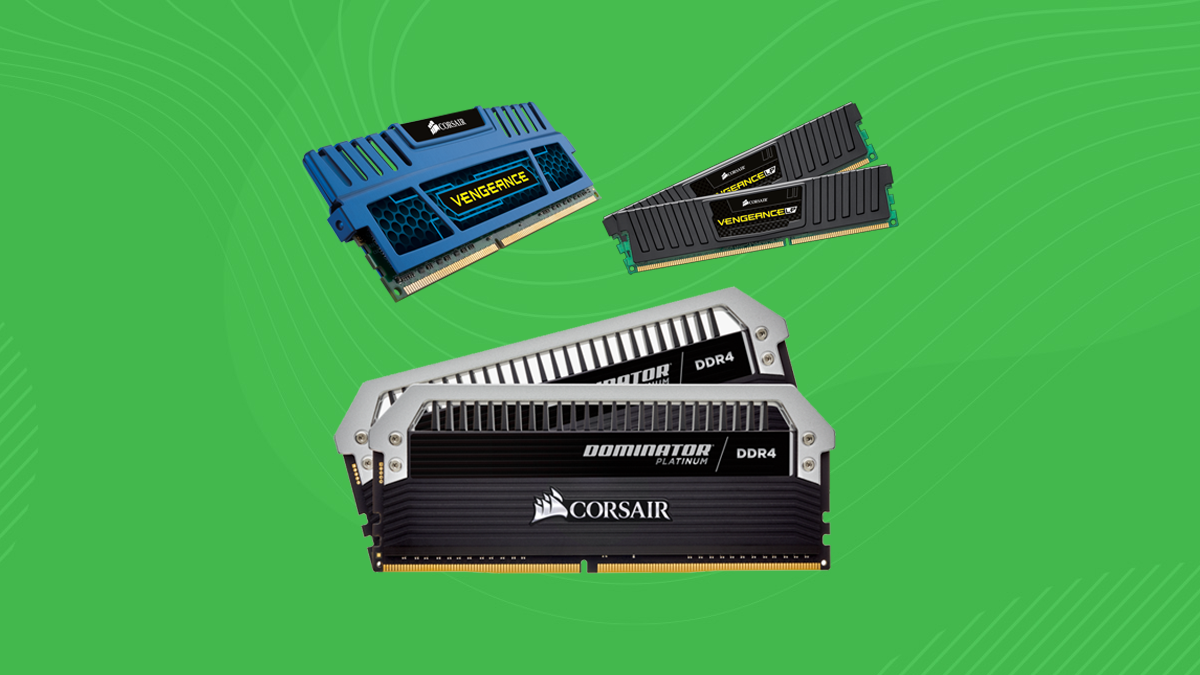 DDR3 RAMs operate within 1333 to 1866MHz. However, some of these modules are overclockable, but that depends on the motherboard and memory sticks. Since we don’t have the highest bandwidth, higher frequencies will help here. With all of that to the side, here are some of the best DDR3 RAMs still worth getting in 2022.

Corsair is one of the major companies which are famous for their high-end RAM sticks. Corsair Dominator Platinum is the flagship stick of the company which is targeted towards extreme enthusiasts and likewise. The memory is built for extreme overclocking and not only it can withstand high overclocks but also presents great looks, especially for the time it was released. The stick provides a silvery look on the top while the lighting below looks spectacular. This is one of those DDR3 sticks which provide inbuilt lighting. The stick also supports Corsair Link so one can easily measure the RAM parameters using the software.

The stock frequency of the memory is not high by any means for this particular model but do not get the wrong idea here. This memory can be highly overclocked and one can easily reach as high as 2133 or even 2400 MHz clock rates if it is coupled with a high-end motherboard. This stick is also available with higher frequencies but this particular stick provides lower latency which gives a great choice to the user to use the RAM at stock speeds for a good latency or overclock the RAM at the expense of increased latency. Moreover, the higher frequency sticks are way pricier than this stick, although one can end up with a stick going as high as 3000 MHz.

We recommend this RAM if you want to go overboard and want to experience extreme overclocking for the DDR3 platform. The price of the RAM might not justify the features but if you got the money for it, you should definitely go for it.

G.Skill is a direct competitor to Corsair when it comes to memory and they seem to be somewhat ahead of Corsair on the DDR4 platform. For the DDR3 platform, things are pretty much in the favor of Corsair but G.Skill has achieved a similar performance too. The TridentX series sticks are quite much taller than the Corsair or any other stick, which might lead to clearance issues if you use a high-end cooler such as Noctua NH-D15. The looks of the sticks are unique with a stylish design and sharp color, red for this particular stick.

This particular stick, the TridentX series, is available at 2400 MHz of default frequency, which of course is not directly supported by the 3rd or even 4th gen processors and you would require to use BIOS to achieve such configuration. Some of the systems might not be able to achieve 2400 MHz after all due to motherboard limitation and in that case, it will work with whatever frequency it will be stable at. This RAM kit is available in a 4 x 4 configuration which is quite good for people who intend to use this as a quad-channel RAM for their Extreme-series systems.

We recommend this RAM kit if you like the overall looks of the RAM and do not have any clearance issues and the quad-channel capability will be quite useful for HEDT system owners as well.

Patriot RAM kits are getting popular these days, especially for the DDR4 platform where some memory kits can perform at 4200 MHz frequency. The DDR3 RAM kits are quite remarkable too, with high frequency-ranges and are good overclockers too, as these kits are usually covered by great heat-spreaders. In fact, one of the unique identifications for the Patriot Viper RAMs was used to be the tall and weird-looking heat-spreader, especially for the DDR2 times. The Viper III, although, have introduced quite a good-looking heat-spreader which works great while not being very tall.

The stock frequency of the RAM kit is 1866 MHz and it is XMP 1.3 supported. These kits are hand tested by the company which is why these sticks will definitely run at 1866 MHz as long as your system supports them. When overclocking, we were able to see 2200 MHz easily. Further pushing it was a bit of luck and we were able to see 2400 MHz stable with the help of 1.65v voltage. Such a frequency is quite good for cheap RAM like Viper III and we were amazed by the performance of this RAM kit.

This RAM kit is quite an attractive product, which provides great overclocking support while being cheaper than most of the RAM kits with similar performance and we recommend this RAM kit if you are short on budget.

Corsair Vengeance Pro Series is a RAM kit that is dedicated to people who require a balanced performance. The RAM stick comes with a tall heat-spreader, which provides great looks too. The kit is available in brown, grey, red, and blue colors, giving the users a choice to buy the one which matches their setup.

The sticks, at default configuration, work at 1600 MHz frequency with a low latency of CL9 but due to high-quality heat-spreaders, they can be overclocked greatly. We were surprised to see clocks going as high as 2400 MHz without much effort and completely stable at only 1.6V voltage.

HyperX is a well-known subsidiary of Kingston, which manufactures gaming-oriented accessories, such as RAMs, storage drives, and peripherals. Kingston HyperX Fury is one of the cheapest RAM sticks by HyperX yet it does wonders. The RAM stick provides a lower profile than most of the gaming sticks which is why its height is only a bit more than that of the PCB. This RAM kit is also available in other colors such as blue or black, which look quite good.

The RAM sticks work at 1866 MHz at stock without any need to change anything in the BIOS with the 4th gen systems, as these systems support 1866 MHz memory by default. The RAM can also be overclocked and reaches as high as 2250 MHz with a bit of manual tuning. The overclock was quite stable and passed all the tests and all of it was possible at a voltage of 1.65v. We will advise not to do severe overclocking on this RAM kit, as the heat-spreaders might not be able to cool the sticks properly.

We recommend this RAM kit if you are not much of an extreme overclocker and want to get a fast stable RAM kit for your home setup.