If you are thinking about building a PC or just thinking about upgrading your current one. The one thing that you will most probably consider is going to be the RAM. Just how much RAM should I get? With RAM prices finally coming down drastically in 2021, many consumers are finally scouring the markets, looking for options that they can go with.

One of the age-old debates, when it comes to RAM, has been the capacity that one should go with. You see, many mainstream users will either stick with an 8 gig RAM module or 16 gigs of total RAM. As a matter of fact, most of the laptops you see in the market come equipped with 8GB of RAM with the ability to upgrade it later down the road. This goes to show that 8GB is definitely the sweet spot for a lot of people. Most latest-gen Ryzen 7 3700x motherboards and Intel i9-9900k motherboards these days also support higher capacity RAM amounts because digital content creation is the trend of this era and content creation software are known to consume as much ram you can throw at them.

However, at the same time, most gamers prefer 16GB RAM in their computers, simply because having the extra overhead is something that cannot really prove harmful in any way.

Keeping that in mind, we have decided to shed some light on the RAM capacities and compare them. This is to see which RAM capacity is better than the other, or is more RAM really that important as the market is making us believe? *In this comparison, we are going to be looking at both synthetic and gaming performance between both RAM capacities to see which one comes out at the top.

First things first, we are looking at the more common RAM size that is in the market. This way, we will have a baseline, and we will be able to understand the scores in a better way than we would otherwise. We are going to run both RAMs through the same configuration of both hardware and software to make sure that all the constants are the same and there are no discrepancies that might change the scores even the slightest bit. 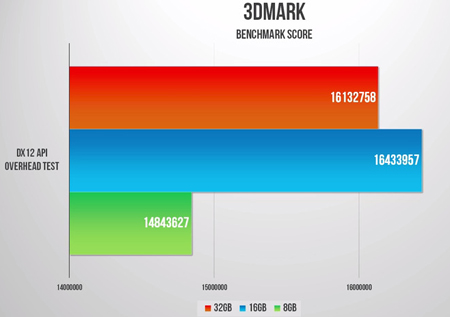 Below, you will see some simulated applications and how they are handled on 8GB RAM.

As you can see the scores are good, you might not be able to get the proper difference because we have not compared the scores of our 16GB test bench. But I have to tell you, the results are rather surprising, to say the least.

As for now, we are going to be looking at some of the gaming benchmarks. This is something that most people will be more interested in. All gaming tests were run with 65 Chrome tabs open.

Needless to say, the three intensive games that we did run post an impressive score overall. We are now going to look at the performance of 16GB RAM using the same applications to see how much it differs.

Contrary to what you might imagine doubling the RAM does not necessarily mean that you will have double the performance. Hardly any application will scale like that in terms of memory and RAM. Still, many gamers believe that having 16GB RAM is the safer bet because running into apps and games that can have memory leak issues because of bad coding is nothing surprising even in 2021.

With that said and done, let’s have a look at the performance number in simulated applications.

Surprised? So are we. The difference between 8GB RAM and 16GB RAM is minimum, to say the least. As far as the simulated applications are concerned. However. will the difference be drastic when we compare gaming performance? That is what we are going to find out. 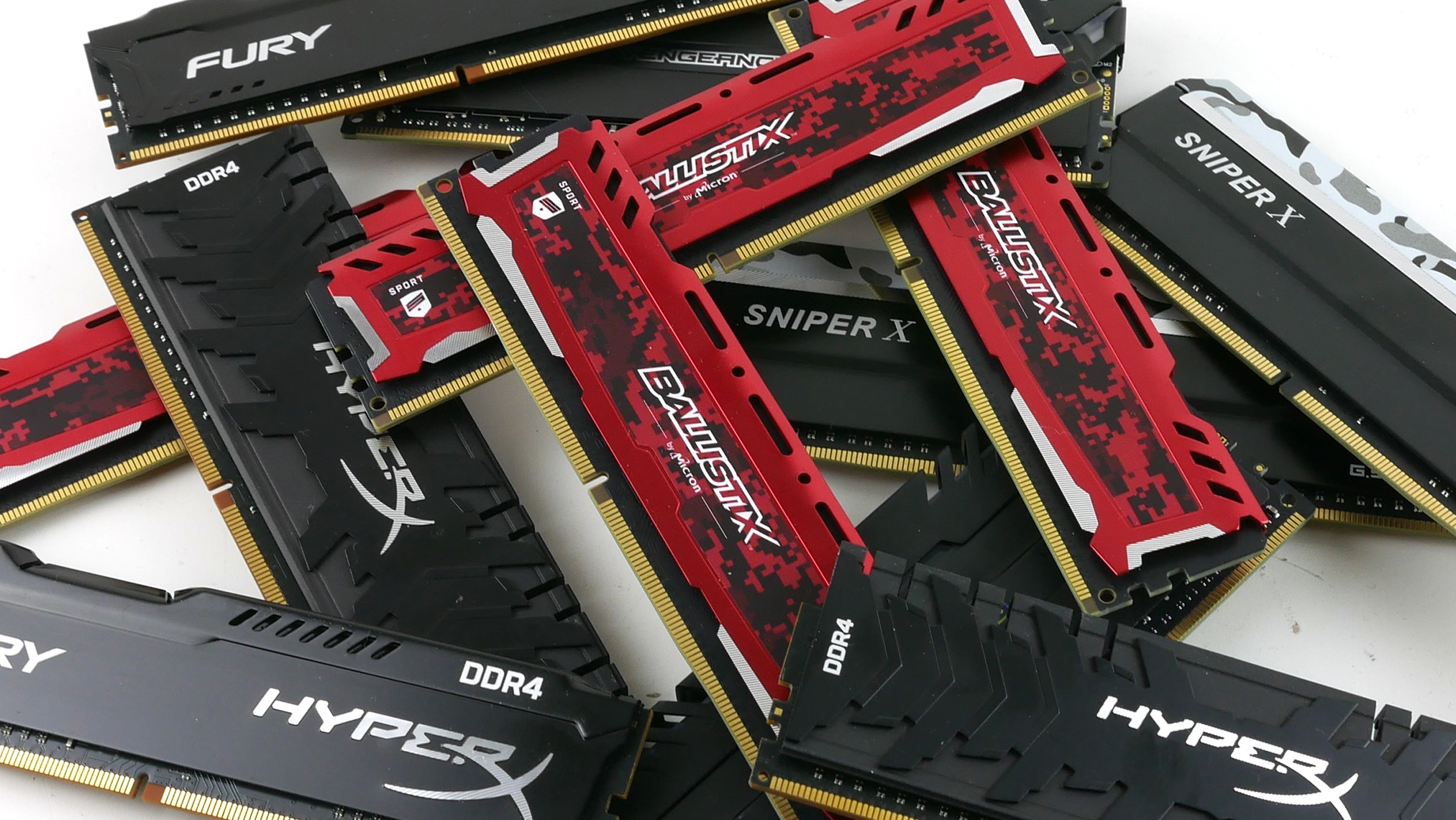 Let’s not waste any more time and have a look, shall we?

There you have it. The test results with 16GB RAM are mentioned above for you. What changed? Batman Arkham Knight saw an increase in one frame per second, which could very well be a measuring error or something of sorts. This only makes us believe that the difference between 8GB RAM and 16GB RAM is not that drastic, to begin with.

So, Why More RAM?

The small difference raises another question. If the difference is so small, why go with more RAM anyway. Well, that is because some applications and games do require more RAM. 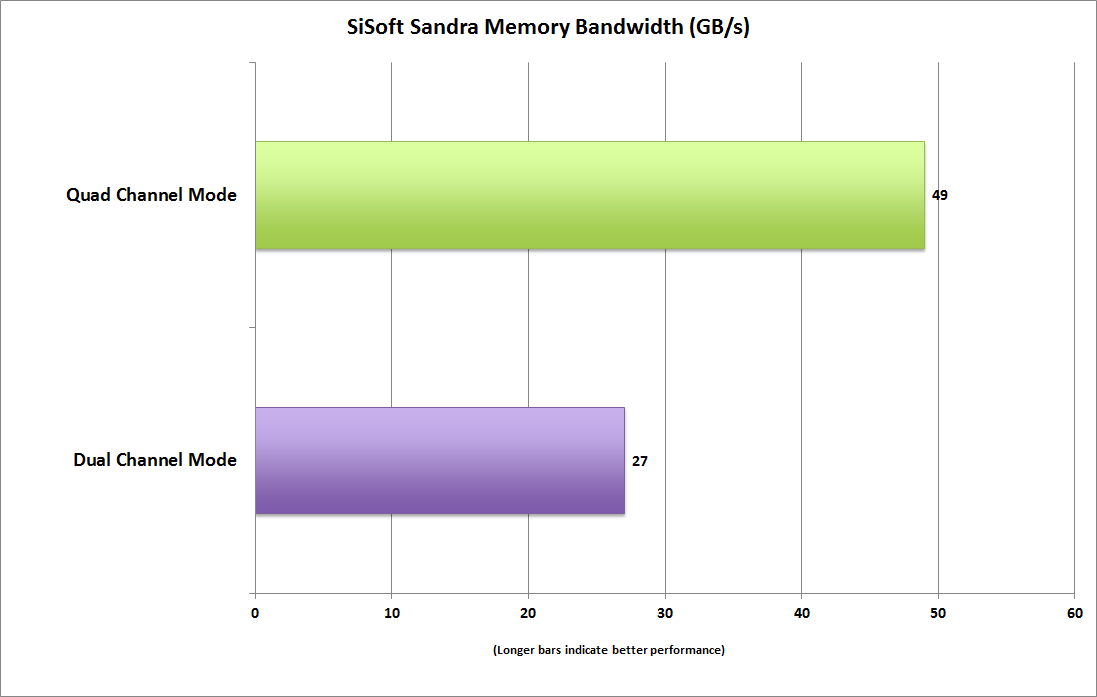 Plus, we are not accounting other realistic factors such as memory leaks, or general use of more applications in a computer. Whatever the case may be, having 16GB RAM would always be a better choice than going for 8GB RAM. Simply because in real-world scenarios, the performance difference is more than likely going to be there.

Drawing the conclusion is definitely not an easy task in this scenario. in our tests, the performance difference is barely there. However, in a real-world scenario, where different people have different configurations and different games to play, the differences in performance will rise. On a side note if you’re looking to upgrade your aging laptop’s ram then check out this list.

The safest thing to do would be to have  8GB RAM, but if you start noticing that you need more RAM, you can go ahead and upgrade. Considering just how easy it has become once again to upgrade your RAM. Rest assured, at the end of the day, having 16GB RAM as opposed to 8GB would always be the better thing to do. If you are looking for some of the best overall RAMs for your gaming pc, we recommend you to check this list out.