Hardware just keeps getting better and better as time passes. Whether you are a gamer, a professional video editor, or a streamer, there are a lot of hardware choices to pick from. Today, we’re talking about the best graphics card for video editing to get for any type of video editing, even for editing on a 4K monitor. Before we begin, let’s clear up some misconceptions.

Despite what you might initially think, the GPU isn’t the most important component for video editing. Your processor, RAM, and a fast SSD are what come first. Most applications like Premiere Pro or After Effects are CPU intensive requiring powerful productivity processors. You can also look into some slightly cheaper processors such as a gaming CPU that gets the job done.

Still, if you’re adding in motion graphics and other GPU-heavy stuff, you might benefit from a more powerful card. For some people, even a GTX 1650 or 1650 Super can be good enough for entry-level work. Then there’s the debate of AMD and Nvidia. If it’s just video editing you care about, neither manufacturers have major benefits over the other for that workflow. So AMD GPUs are just as good as Nvidia GPUs for video editing. With all that said, let’s have a look at the best graphics cards for video editing.

Which GPU to go for video editing is entirely dependent on your requirements. For some a low profile GPU is sufficient while others will require a proper graphics card to execute their production. In the era of global silicon shortages, it’s becoming much harder to buy new hardware at MSRP if you can find one. If you don’t own a PC and are looking to build one, then for the time being Best APUs with integrated Vega graphics can also be a much suitable option. Anyways, let’s jump right into our rankings for the all the graphics cards for video editing.

If we’re talking about the absolute best performance you can get out of a consumer-level card, the Titan RTX is the one to look for. For gaming, it is truly an overkill for a lot of people. Where it really excels is in CAD work, machine learning, and of course, in video editing among other things.

You might have heard about the Quadro series from Nvidia. Those cards aren’t what you’d call consumer-level cards, as they are expensive and most people won’t benefit from them. Well, the Titan RTX is the closest you can get to that, at a much lower price.

It’s quite a powerful card, and it does require the horse-power for it. This beast uses two 8-pin connectors, so make sure you have a decent power supply. The only thing I don’t like about this is the fact that no vendors make aftermarket Titan RTX GPUs. This means you are stuck with Nvidia’s fan design and gold shroud. It does look good, however.

Let’s talk specs. The Titan has 4608 Cuda Cores, 576 Tensor Cores, a 1770MHz Boost Clock, and 24GB of GDDR6 memory. The VRAM is the most important aspect here, 24GB is plenty for processing high-resolution videos. It plows through rendering with ease. For gaming, it might not be that much better than the RTX 2080 Ti, but it does show its muscle in professional workflows. All in all, it is the best overall graphics card for video editing.

Nvidia’s 1660 lineup has been incredibly popular among many PC enthusiasts. When it comes to price/performance they are exceptional in both gaming and productivity. You could get more performance out of the 1660Ti, but then we’re creeping close to the RTX 2060‘s price point. The 1660 Super actually uses the same TU116 processor as the 1660Ti, but the memory is a tad bit slower.

Almost none of that matters when it comes to video editing. Unless you are dealing with a lot of motion graphics, closed captions, and ProRes 4K footage, you’ll never run into any hiccups with this GPU. It can handle even RAW 4K footage, without slowing down all too much. If you have a blazing fast SSD, all the better.

Considering the 1660 Super is a mid-range consumer-level card, you also get the option to pick from a lot of aftermarket coolers. You don’t get that with higher-end professional GPUs. This card has 6GB of GDDR6 memory, which is plenty of headroom for most workflows. It’s also a 1080p gaming beast, which makes it the best value graphics card for video editing.

Picking a GPU for the third spot on this list wasn’t easy at all. When we start to get into the higher-end segment of the market, we get to point of diminishing returns. But if you do have some extra cash to burn, the RTX 2070 Super is perhaps the best option in its price range.

The 2070 Super comes in at an interesting price point. For a lot of people, it’s the most they’ll ever need for gaming, and it genuinely makes all the cards above it look like a terrible value. The same can be said for video editing. Unless you want to shell out the money for a Titan or Quadro card, this is the better option.

In all honestly, the 2070 Super doesn’t perform that much better than the RTX 2060 Super in video editing. However, it does have a clear-cut advantage. That just so happens to be in the VRAM department. With super fast 8GB of GDDR6 memory, this card can make quick work of even high-quality ProRes 4K footage.

If you have a high-end processor, you’ll definitely see some gains in raw performance. The 8GB of VRAM allows you to add in more motion graphics and makes graphics accelerated tasks much easier. Turing NVENC is an exceptionally capable hardware encoder as well, which makes quick work of tasks like streaming. Hence we nominate the RTX 2070 Super as the best high-end graphics card for video editing.

The AMD Radeon RX 5600 XT is certainly a very interesting graphics card. That’s largely in part due to how AMD has decided to price it. It’s cheaper than most variants of the RTX 2060, while close to how much an average 1660Ti costs. For pure price/performance, it’s a great video card. But it’s on this list for an unorthodox reason which we’ll get into.

Let’s quickly get the numbers out of the way. The 5600 XT is using the Navi 10 processor, 2304 Shading Units, 6GB of GDDR6 memory on a 192bit bus width. All of that means this card is an exceptional performer for both gaming and productivity.

It can handle 4K video, although you will have to tone down the motion graphics a bit. It’s also not as smooth while scrubbing through video as say, a 2070 Super. Still, there’s a considerable price gap between the two. I said above that this GPU was included for an unorthodox reason, and that happens to be macOS.

If you’re building a “Hackintosh” i.e gathering macOS compatible parts and installing macOS on it, this is the GPU to go for. But, let’s say you have a MacBook Air or Macbook Pro 13″ with a ThunderBolt 3 port. You can get an external GPU enclosure, pop in the RX 5600 XT, and see some massive performance boosts. Hence we nominate the 5700 XT as the best AMD graphics card for video editing.

Let’s say you’re really strapped for cash and need a GPU that will work fine for video editing. Maybe you just spent all your money on a beefy processor, fast RAM, and a high-capacity SSD. Not a bad choice for an editing rig. So if you need an entry-level GPU, even if you plan to upgrade down the line, the GTX 1650 Super is a great choice.

On paper, the GTX 1650 Super is actually quite impressive. It’s using the TU116 processor, the same one found in the 1660 Super. It has 1280 Cuda Cores, a Boost Clock of 1725MHz, and 4GB of GDDR6 memory. Entry-level cards have never been this card. But how much performance should you expect from this card for video editing?

For both Adobe Premiere and After Effects, you’ll get pretty good performance out of it in 1080p videos and some lightweight 4K footage. If you pair it with a decent enough processor, it’s surprising how fluid your overall system can be. However, fire up DaVinci Resolve, and things get a bit shaky.

DaVinci Resolve eats up a lot of GPU resources, and the 1650 Super can keep up, but it’s not as smooth as one would want. If you use Adobe Premiere or other Adobe software though, this is quite the best budget graphics card for video editing.

Nvidia vs. AMD For Video Editing

Over the past few years, the differences between the two in terms of video editing performance have diminished. It used to be that Nvidia held a significant advantage over AMD due to its CUDA architecture which was widely supported and optimized for, especially in Adobe applications. However, nowadays the two options of Nvidia CUDA and AMD OpenCL are quite neck-and-neck when it comes to performance and optimization. Nvidia still holds a slight optimization advantage when it comes to Adobe Premiere Pro, but AMD is not far off in that program, while both perform similarly in DaVinci Resolve.

With that in mind, the graphics card choice should be leaning towards Nvidia a little bit if you plan to do serious video editing on Premiere especially. AMD is not a bad choice as well and if you are getting a better deal on a similarly performing AMD graphics card, then you should have no doubts about going down that route as well.

Definitely, in modern video editing programs the graphics card is tasked with the bulk of the heavy lifting when it comes to rendering the project. You can also task the CPU with rendering if you please, but that is a poor choice since the CPU is much slower than the GPU at rendering. GPU acceleration is a key feature that enables modern video editing programs to leverage the rendering power of the graphics cards instead of tasking the CPU with unnecessary rendering burden.

Is CPU or GPU more important for video editing?

How much RAM do I need for 1080p video editing?

Video editing is quite RAM intensive nowadays, especially in programs such as Adobe Premiere Pro. Even for 1080p video editing, we wouldn’t recommend less than 16GB of RAM for a smooth experience. You can try 8GB RAM but there are chances of crashes and general instability if the RAM is used up entirely and the system has to switch over to the much slower storage page file. 16GB of RAM is the safe bet for modern video editing, even at 1080p.

Is RTX better than GTX for rendering?

Typically, yes the newer RTX cards are better than the older GTX cards for rendering, but this improvement has nothing to do with the RTX Ray Tracing feature of the newer cards. This can be attributed to the generational improvements in architecture over the previous generation cards, as well as the vast number of CUDA Cores that are present in the newer RTX cards that allow them to gain the upper hand in terms of editing. 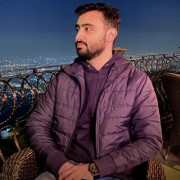