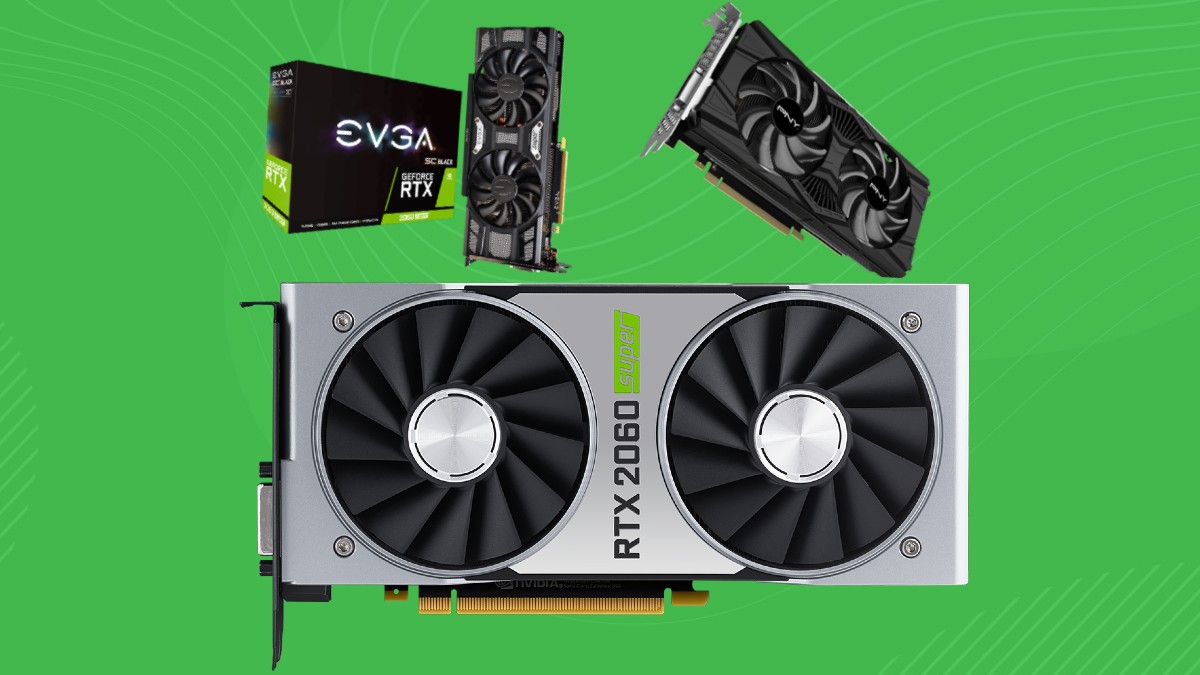 Nvidia RTX 2060 Super is now one of the best mid-range graphics cards by Nvidia, providing 8-GB of GDDR6 memory along with a 256-bit bus, which is a substantial bump from the 6-GB 192-bit interface of the RTX 2060. The streaming processors are increased from 30 to 34 leading to higher pixel and texture rates, although the core clock of the graphics card is very slightly increased. All of these improvements are implemented in the graphics card without affecting the TDP of the graphics card, which is a really impressive job by Nvidia. We will be looking at the some of the best variants of Nvidia RTX 2060 Super in this article.

GIGABYTE is now one of the most famous vendors of the graphics cards whether they are by AMD or NVIDIA. GIGABYTE has revolutionarily changed their policies over the previous years and their new high-end series like Aorus-series is regarded as one of the best series one can get their hands on. GIGABYTE Aorus RTX 2060 Super is one of the most beautifully designed graphics cards, with exquisite RGB lighting on the front and top. The card uses three 100mm fans while the rings of the fans are RGB lit, supporting RGB Fusion 2.0 and can be customized through the software. Meanwhile, the RGB logo on the top adds additional supremacy to the card, making it shine in the dark. The build quality of the graphics card is although much better than the past but it is still one of the weakest points of GIGABYTE graphics cards while other vendors like ZOTAC provide ExoArmor front, etc.

The boost core clock of the graphics card is set at 1845 MHz which is not the best, as we believe that with a beefy cooler of this potential, this graphics card could have been designed with boost clocks around 1900 MHz. However, you do not need to worry, as you can easily manipulate the core clocks using the software utilities leading to real-world boost clocks as high as 2050 MHz, thanks to the 10+2 power phase and great cooling. Speaking of the cooling, we assure you that with such a huge heatsink and three 100mm WindForce fans, you will reach architecture limit much sooner than the thermal throttling. A great advantage of this variant over other variants is that it provides a total of seven display outputs while most of the other variants provide around four or five display outputs.

Overall, GIGABYTE Aorus is one of the finest variants of Nvidia RTX 2060 Super, as it provides terrific aesthetics along with supreme performance, although you might look at other variants if you want your graphics card to be built like a tank.

ASUS is the champions of vendors when it comes to graphics cards, thanks to their perfectly balanced products with respect to looks, performance, and durability. ASUS ROG STRIX RTX 2060 Super although, looks more like a 10-series graphics card, as ASUS has used the previous generation design in RTX 2060 Super while the newer design is implemented in RTX 2070 Super and higher. That being said, it can not be stated that the graphics card looks ugly by any means, as you get RGB lights on the front of the card, supporting ASUS AuraSync. The ROG logo is present on the backplate of the graphics card, which is also RGB lit and adds a nice touch to the card.

This variant is one of the highest clocked variants of RTX 2060 Super and the boost clocks are set at 1860 MHz. The cooling solution of the graphics card is quite on par with the GIGABYTE variant leading to similar overclocking capabilities, although the latest design would have further enhanced the results, as that uses the axial fans. Still, the TDP of RTX 2060 Super is very low to saturate the cooling capability of the STRIX cooler and you will find this variant among the coolest ones. The price of this graphics card is more than most of the other variants, which puts it lower than the likes of GIGABYTE Aorus edition graphics cards.

Overall, discarding its price, ASUS ROG STRIX RTX 2060 Super OC edition can fairly compete with the GIGABYTE Aorus edition, leading to similar performance, although the visuals are not as pleasing as the latter one.

EVGA is known as one of the most reliable graphics card variants due to its fine customer policies and many people prefer buying their products, despite offering lower performance or boring visuals. EVGA RTX 2060 Super XC Ultra Gaming is the flagship variant of the RTX 2060 Super by EVGA and uses a tri-slot design in combination with two fans. The looks of the graphics card are much simpler than the previously mentioned editions, with a simple-looking transparent shroud having a black tint. The backplate of the graphics card is much better than the previously mentioned cards, as it helps to cool the card efficiently, thanks to a large number of air vents. As for the lighting is concerned, only the EVGA logo is RGB lit, which could have been done better.

The boost core clocks of the graphics card are set at 1695 MHz, which means that the graphics card is significantly slower than the previously mentioned variants, although Nvidia’s GPU boost greatly tries to mitigate this gap. The temperature of the graphics card on full load is quite similar to the previous two cards due to the tri-slot heatsink but the absence of a fan leads to somewhat noisier operation. This can be customized through the software utility by changing the fan curve to be a bit passive, which might lead to higher temperatures. The graphics card supports the iCX2 technology, providing a lot of sensors to have eyes on but this comes at a great expense, making this graphics card much more expensive than other variants.

Overall, EVGA RTX 2060 Super XC Ultra Gaming is a supremely capable card despite having boring looks and you should definitely check it out if you want to have full control over a graphics card’s parameters, although you might be able to find an RTX 2070 Super at this price.

MSI GeForce RTX 2060 Super Armor OC is although not the flagship variant by MSI, it is a fine graphics card, providing beautiful looks and a mediocre form factor. The graphics card uses black and silver themed shroud, along with two TORX 2.0 fans, which are known to be extremely quiet even at full loads. The smaller form factor of this graphics card lets it usable in most of the micro-ATX cases. The looks of the graphics card are although good, the RGB lighting is only present on the top of the card, where the MSI logo is present.

The boost core clocks of the graphics card are much slower than the other variants, as they are set at 1680 MHz, although the clocks are fairly balanced with the cooling solution. The cooling solution of this graphics card is of much lower quality than the previously mentioned variants which is why it runs around 5-7 degrees hotter than them. The overclocking capabilities are although quite the same, as the RTX 2060 Super is already being clocked very aggressively.

Overall, MSI RTX 2060 Super Armor OC is best suited for those people who do not want to spend a lot of money on the high-end variants but do not want to compromise on the cool looks and high performance.

The core clocks of this graphics card are much lower than other variants, as expected, while the cooler keeps the card fairly cool. However, if you overclock the graphics card to full potential, the temperatures rise up very quickly, leading to overall results much worse than the other variants and you will have to suffer from noisy fans if you alter the fan curve. The Firestorm utility is very handy in customizing these things and provides a much better experience than using 3rd party applications.

Overall, ZOTAC RTX 2060 SUPER MINI is one of the only options if you own a mini-ITX case but you do not need to worry about the card’s performance, as ZOTAC has taken care of these things very seriously.