So, what is the deal with Nvidia’s Quadro GPUs? Well, they are made for specific tasks that are different and more demanding than gaming. Sure, you can game on them with ease, and there will not be a performance disparity either, but their price and their functionality is not something that is cut for gaming.

Just ask yourself, would you buy a $5,000 Quadro GPU when you are going to get the same number of frames from a $1,000 GeForce card? The answer is no. However, if you do have a use case for Quadro and you like to play games as well, then it would make more sense.

Below, we are going to compare both cards and see how they fair in rendering. So, let’s not delay and have a look.

The GeForce cards are a lot more popular than you might think. I still remember reviewing the Best RTX 2060 Super available in the market, and was blown away by the performance. Keeping that in mind, we are going to shed light on the Nvidia GeForce cards; considering how mainstream they have become over the last few years, it is important that we fully understand what these cards are for before we turn our heads towards the Quadro cards.

The benefits of GeForce cards are certainly there, however, as we have explained, they cater to an entirely different kind of market. Below, you will see us discussing some of the benefits that make GeForce cards so much reliable.

They Have Faster Clock Speeds

The thing that you must know here is that GeForce cards have faster clock speeds when compared to their Quadro counterparts. How fast are we talking? Well at least 10 to 20 percent faster. To make things clearer, a GTX 1070 comes with a boost clock of 1,683 MHz. Whereas a much more expensive Quadro P2000 which only has a clock speed of 1,470 MHz. That is not all. The GeForce graphics cards come with aftermarket coolers as well, and some of them are factory overclocked for better performance in games.

Another benefit here is that GeForce GPUs are generally more versatile than their Quadro counterparts; for instance, a good GeForce card will allow you to render some basic 3D models, videos, and play games as well. You are getting faster clock speeds, higher CUDA core counts, and more VRAM per dollar, making these GeForce cards a great alternative for anyone who is looking for a good, versatile GPU.

You Can Connect Multiple Monitors

Okay, this feature is already available on Quadros as well but it is only limited to the high-end models, and even then, they max out at 2 monitors at most. With the GeForce cards, you do not have to worry about anything like that, as a single GPU can easily have up to 8 monitors connected to it.

Now we are fully aware that having the need for 8 monitors is more or less an overkill but it is still better to have a feature like that should someone has the need for it.

What are GeForce Cards Best For?

In short, a good GeForce card is best for the following things.

Now that we know what a GeForce GPU is capable of, let’s shift our attention towards the Quadro GPUs and see what they are going to be good for.

Normally, these cards do not need an introduction, but since we have talked about these cards time and again, it is better to just look at these cards and the benefits they provide. We all know that Nvidia Quadro GPUs are expensive, and more importantly, they are not commonly found in your average gaming PC. It is not that they cannot play games, it is just despite being so powerful, they do not have any noticeable performance difference that some might think.

Still, below are the advantages of Quadro cards.

Made for Render Specific Workloads

First things first, the Quadros are designed to render specific workloads in mind. They can do the heavy lifting in CAD designs, as well as professional video rendering. For instance, a GeForce card might struggle to do the wireframe or double sided polygon editing that AutoCAD has to offer, but when it comes to Quadro cards, these tasks are not a problem at all, and the performance disparity is also huge.

When it comes to sheer power, the Quadro cards do not have a rival. Sure, we have the likes of RTX 2080Ti and such, but even those cards are limited to an extent. For instance, the flagship Quadro P6000 comes with a staggering 24GB of VRAM on a GDDR5X memory. Additionally, you get 3,840 CUDA cores and 12 teraflops of sheer power. There is not a single card on the GeForce side of things that can rival it.

However, all this horsepower will not be giving you extra performance in games. More or less, a Quadro P6000 might perform the same way as an RTX 2080Ti in games. But the difference in price between both of them is massive. 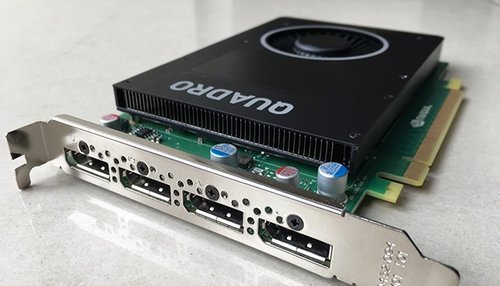 Another area where the Quadro cards lead is the field of double precision computing. For those who do not know, this type of computing involves scientific as well as arithmetic calculations. When it comes to comparison a Quadro card outperforms a GeForce card by a drastic measure.

However, what you need to know here is that this use case is extremely specific in its nature, and not a lot of people might be needing it. But then again, if you want to perform such tasks, Quadro is the way to go.

What Are Quadro Cards Best For?

Now that we are aware of the prowess of Quadro cards, let’s sum things up and see what they are best for.

So, Which Does Rendering Better?

Now back to our original question, which of this GPU will be good at rendering? Well, that depends on what type of rendering you are talking about. If you want to some basic video editing and rendering using Premiere Pro, then a GeForce GPU will be good for that, a powerful one, though.

However, if you are talking about the complex rendering of videos, 3D models, and other similar tasks. Then there is no rivaling the Quadro GPUs.

What this tells us is that although the Quadro GPUs are great, they are built for tasks that are far beyond the reach of an average consumer.