Network monitoring is, without doubt, one of the most critical activities in any business. Every minute your network is down is another minute you could potentially lose business to your competitors. A network performance monitor not only minimizes your network downtime but can also help you detect possible problems before they occur.

Surprisingly, some network admins still prefer to create their own scripts for network monitoring networks. And while I do applaud their effort and appreciate that they are saving money, I am certain that choosing a dedicated Network Performance Monitor will change how you approach your job.

The problem is that so many companies are now coming up with their own network monitoring solutions that it can be hard settling for the best one. Still, if you ask several experts then you will notice that there are some names that are mentioned constantly. SolarWinds Network Performance Monitor (NPM) and Ipswitch WhatsUp Gold are such examples.

The two products have been around for a long time during which they have received major feature upgrades and garnered quite a following. And honestly, choosing one of the two can be a hassle. Therefore in this post, I am going to give you a full comparison of the two monitors and at the very end, I will tell you which one is my favorite. Although I guess it will be pretty clear at that point.

To give the article some flow, I will start with features that common between the two products and then we will proceed to their distinguishing features.

I will go out on a limb here and say that SolarWinds NPM has a better user interface because it’s a very close call. Both tools organize your components and place them on individual dashboards where you can click on them to access further performance insights.

Both products also employ graphical visualizations and color-coding to help in the analysis of the performance data.

Both SolarWinds and WhatsUp Gold Network performance monitors poll performance data using SNMP standard which is already installed in most networking devices. This means that you don’t have to install and maintain agents on your network components.

And the other advantage is that you can monitor all devices regardless of their underlying operating systems. Also, both monitoring solutions can be configured to receive SNMP traps.

Another great thing about both SolarWinds and WhatsUp Gold NPMs is that they automatically discover your network components including routers, servers, virtual machines, and components in the cloud environment.

Additionally, they will both create a topology map which helps you establish a relationship between the various network components. This also gives you a clear visualization of how data is traveling through your network allowing you to quickly pinpoint the exact area with the problem.

This is a critical feature for any network monitor for two reasons. The first is that it eliminates the need to stay glued to your screen manually looking for anomalies. And second, it means you get to know of problems before they can escalate to the end-users.

So, it’s no surprise that these two network performance monitors come with automatic alerting. This could be through emails, SMS or even third-party applications such as Slack.

Both SolarWinds NPM and WhatsUp Gold also go a step further and allow you to create scripts that will be executed when an alert is triggered. The trigger conditions are already preconfigured for most metrics but you can also customize them.

Even better, you can establish a dependency between multiple events such that one event on its own does not trigger an alert but a combination of multiple events triggers the alert. This will be great for eliminating false alarms.

This is one area where WhatsUp Gold outshines SolarWinds. This is because unlike SolarWinds, they have an Android and iOS app for their performance monitor which can be accessed freely from the respective stores.

SolarWinds also have a mobile app but its not specific to the NPM and it’s not free. It’s called Mobile Admin and is compatible with blackberry, iOS, and Android. It can be integrated with SolarWinds Orion platform including the NPM which is how it helps with network monitoring.

Sometimes, the network is not always the problem. If an application is taking too long to load then that could also be due to an issue with your storage server. So how do you achieve this? It’s by having complete visibility into your whole IT environment. And the way to achieve this differs with each of the two solutions.

WhatsUp Gold achieves full-suite monitoring through add-ons while SolarWinds uses standalone programs that are integrated together to form the Orion platform. I prefer the SolarWinds method because it gives me more depth in terms of functionality. You cannot compare the WhatsUp Gold Application Performace Monitoring(APM) module with SolarWinds APM.

Features You Will Only Find in SolarWinds NPM

Perfstack dashboard is a huge distinguishing feature of SolarWinds for three reasons. The first is that it allows you to compare different types of data in a single interface. This could be network interface utilization data, Application performance counter, or VM host memory utilization.

Once this data has been added to Perfstack, then it is displayed in an overlay view for easy correlation. This will be particularly useful when dealing with data from different tools in the Orion platform. Because then it’s easy to tell which aspect of your IT environment has a problem.

One thing I really love about SolarWinds is that they listen to their users and are always upgrading their product to deal with new technologies in the networking scene. The concept of Software Defined Networks is quickly gaining popularity and it makes sense that the Network Monitor you choose allows you to monitor the logical components of your SDN environment. And SolarWinds NPM does exactly that.

They have especially focused on Cisco ACI which is regarded by many as Cisco’s SDN solution. Some of the logical components you can monitor include APICs, application profiles, and endpoint groups.

These two network monitoring solutions come with different pricing plans. And, I would say the WhatsUp Gold plan is more favorable since it is based on the number of devices you will be monitoring. This is regardless of how many aspects of that device you are monitoring. So a 48-port switch will count as one device.

SolarWinds, on the other hand, is licensed based on the number of elements you are monitoring. So in the case of the 48-port switch, then that is 48 elements to be monitored.

WhatsUp Gold is available in 2 versions, Premium edition and Total Plus edition which includes all the additional add-ons that will help you monitor your entire IT infrastructure. But now with Total Plus, there are new aspects to be monitored so device-based licensing won’t work. Instead, they use point-based licensing where each device is assigned a single point while applications and flow sources are assigned 10 points each. So if, for instance, you purchase a 500-point license, you can monitor 500 devices or say 250 devices, 20 applications, and 5 flow sources.

SolarWinds does not have different editions but there is more to their element-based licensing. They classify your network components into three categories and the license you purchase will be determined by the category with the highest number of elements to be monitored.
Nodes is the first category and comprise components such as routers, switches, servers, and firewalls. Then there is the interface category which consists of switch ports, physical and virtual interfaces and any other single point of network traffic. Volumes is the last category and it’s composed of the logical disks in your Network. If you have a hard disk partitioned into C and D drives then that will count as two elements.

In most cases, it is the Interface classification that has the most elements.

To give you a clearer picture, if you are monitoring an environment with 500 nodes, 1600 interfaces, and 400 volumes, then the license to use would be SL2000 because it covers the category with the most elements. That is interfaces with 1600.
At the time of writing this, the lowest SolarWinds NPM licensing tier starts at $2,955. Unfortunately, there is not much information about WhatsUp Gold and you will have to request a quotation from their official site.

Both SolarWinds and WhatsUp Gold network monitors are excellent. And the truth is no matter which one you choose, you would have very little to complain about.

But all factors considered I believe SolarWinds is better than WhatsUp Gold and is, therefore, my best recommendation. The tool has a number of features you won’t find in its competitor but best of all, it puts you in the best position to leverage on the SolarWinds Orion Platform.

When it comes to monitoring IT infrastructure there is not one tool that I think can do a better job than the SolarWinds Orion products pooled together. It’s my honest opinion. 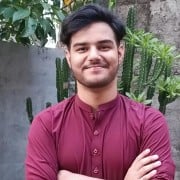 Zubyan is a certified Google IT Support Professional with extensive experience spanning over 7 long years. Having worked on 1500+ computers, he gained many valuable insights and is currently able to detect and troubleshoot any Windows related issue/error no matter how complicated its root cause is. When he is not managing Appuals as a Senior Editor, he is working on his own Game Optimization program to facilitate both gamers and casual users alike.
Servers & Networks
Back to top button
Close
Close
Close