The Samsung Galaxy Note 8 is one of the most feature-rich Android devices in the market right now. However, the manufacturer’s stock ROM limits some cool features of the phone that could make your user experience a whole lot better. For instance, if you never use Bixby virtual assistant, it would be impossible to assign the Bixby button a different functionality in the stock ROM. Also, the Samsung user interface has remained much or less the same across their various devices. This can get boring.

Installing a custom ROM not only allows you unlock multiple new features but also increases your phone performance and removes bloatware stock applications. Did you know you can actually control the parts of your device an app can access? The custom  ROM enables you to deny permission to some apps that you would not otherwise do on the stock ROM.

Before installation of the custom ROM, your device should be rooted and a custom recovery flashed. With that said, I am going to list some of my favourite Note 8 ROMs that can help spice up your device. 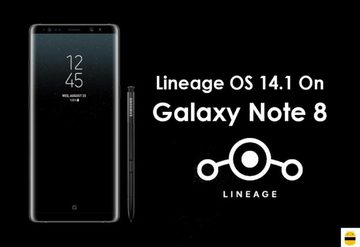 This is a custom ROM based on the Android Open Source project. Most of its features have been contributed by different members within the Android community. You will also notice a lot of familiar features that you may have come across in the CyanogenMod OS. This is because after discontinuation of the CyanogenMod, their development team shifted to Lineage.

This ROM comes with a remodeled notification panel and a customizable quick settings. With this new panel, you won’t have to open any of your messages as you can reply to all of them through the notification. The setting panel has also been redesigned.

In terms of messaging, the developers have added 100 extra emoji and the ability to add a custom image on your keyboard. This ROM will also allow you to open the camera just by tapping the power button twice. Some other great features of the Lineage OS include multi window support, data saver per app, and enhanced doze system.

Unfortunately, the S Pen functionalities have been disabled. This is because the apps and drivers that allow the S Pen to function are Samsung’s intellectual property and may lead to copyright issues. However, to overcome this you can install the SELinux switch, set SELinux mode to PERMISSIVE and then install SPenCommand.

LightROM is one of the best ROMs available for Galaxy Note 8 owners. Off the bat you’ll notice its custom boot animations, a number of sound and camera mods, and an overall heavily debloated phone experience. The ROM itself comes in under 900 MB, hence why it’s called “LightROM”.

It was recently updated at the beginning of March 2019, adding a number of bugfixes and performance improvements. It is available for Note 8 G950/G955_F/FD & N950_F/FD models.

You can visit the XDA thread for download links here. 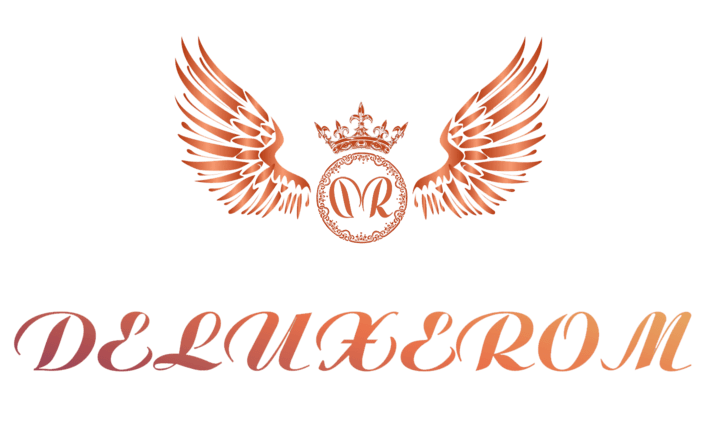 DeluxeROM was developed with heavy customization in mind. One of its main features is the built-in DeluxeROMControl, which allows you to change many aspects of the UI, such as status bar elements, positioning, navigation bar color, and others.

You can check out the official XDA thread here.

Some other additional features:

The developers of this ROM did a great job reducing the bloatware so that it’s now almost non-existent. They have also significantly improved the reception of the wifi and data signals. On top of that, the RomAur ROM comes with pre-installed Magisk, Busybox and SQLite3.

The speed has also been greatly optimized. You will now notice faster scrolling, faster open camera app, and faster transition between apps. The image quality has also been boosted to 100 for better quality pictures. Something you will also notice with the RomAur ROM is increased battery life. Other key features to take into account are: 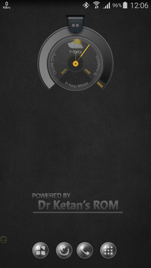 A highly advanced custom ROM that comes with a ton of customization features. It is for Galaxy Note 8 model numbers N950F_DS_N, running Android Pie.

This ROM really has too many features to list. The developer is a highly experienced app and ROM developer, who mostly focuses on tweak tools. Thus, Dr. Ketan ROM showcases some of his best work, as the ROM has been debloated, deKnoxed, DEX supported, and just really a huge list of other awesome tweaks.

You can customize a lot of the includes features using the built-in ROM Tool and ROM Control apps. This goes beyond UI customization, as you can easily enable and disable features on the fly, such as sound mods, navigation key customization, and others.

You can get Dr. Ketan ROM from his official website here, and read more about it on the official XDA thread.

This is a pure Galaxy Note 8 based ROM, which introduces a lot of useful features. It is a 100% “original” ROM, meaning it does not borrow anything from any other custom ROMs. For starters, the ROM is pre-rooted with Magisk 18.0. Most apps that root-check should work fine, except a few Samsung apps and services that check KNOX status.

DevBase 6 has been debloated, odexed, and CSC supported.

This ROM is available for Galaxy Note 8 model numbers N950F/DS/N. You can visit the official ROM thread here.

Some additional features of Devbase 6:

This is another popular custom ROM. It is based on the latest N950FXXU3CRE5 Nougat base and is available through the AROMA installer. This means that the installation process is quite easy and straightforward. The IronMan ROM comes with a dedicated Adblocker that ensures you no longer have to deal with those annoying apps. Also, for a better messaging experience the developer has added Oreo and iOS emojis on top of the stock emojis.

Another thing that’s bound to catch your attention on this ROM is the dual speaker sound mod that turns your mouthpiece to an extra speaker. It comes with a debloat menu from which you can choose apps that you want to remove. Also, you do not have to unlock your phone anytime you want to select the next music title. You can simply do this using the volume buttons. Some other great features include custom clock positions and customizations, a modded SystemUI, full ROM control, 3Minit Clock/battery in ROM control, and an option between ios or stock emojis. 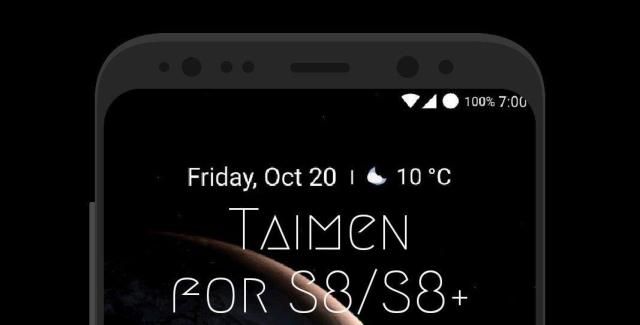 This is a great Pixel AOSP based ROM, which doesn’t include any Samsung apps. In fact, it includes pretty much all of the Pixel 2XL Android Pie apps. RAM usage is heavily decreased, and you get a great AOSP experience on your Galaxy Note 8.

This ROM is available for Note 8 Exynos versions, you can visit the XDA forum thread here.

You could nearly consider this a direct port of the Google Pixel AOSP to Galaxy Note 8. Among its features: 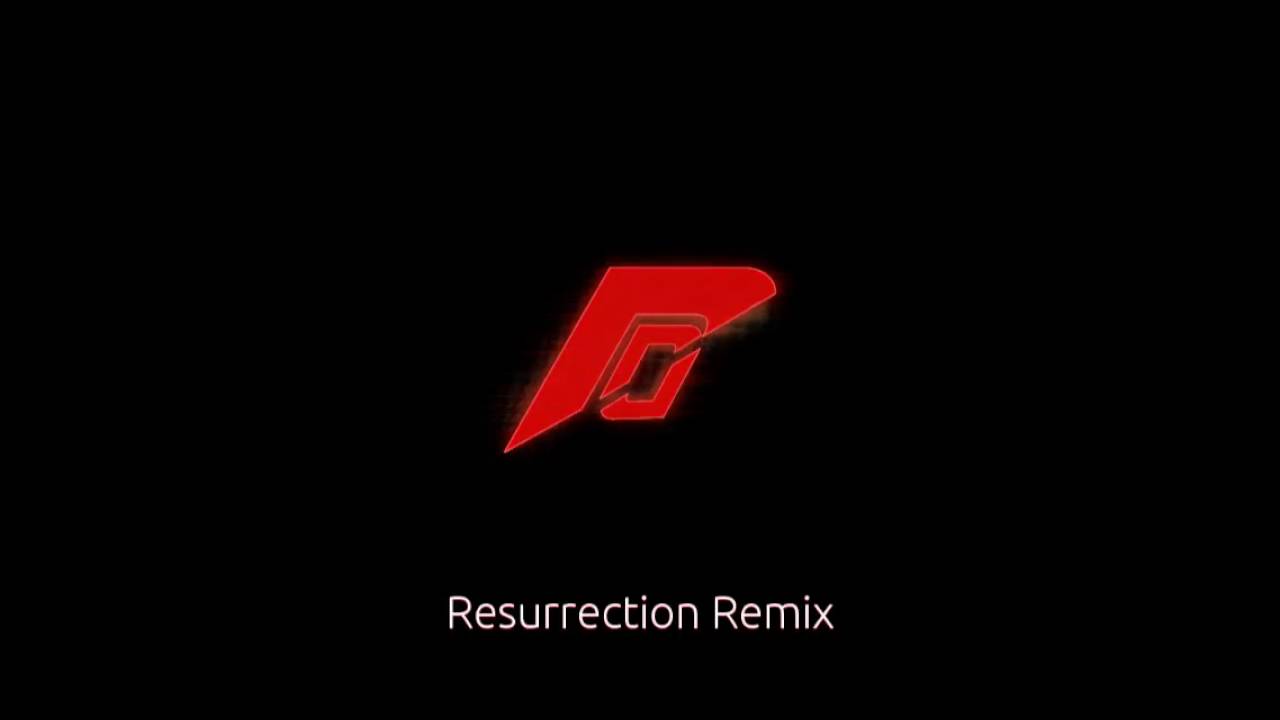 This custom ROM is based on the AOSP source code and thus is similar to the stock ROM on the Pixel devices. It comes with the Android oreo and therefore some of the features you can expect include Notification dots on app icons, picture in picture mode, Android Instant App compatibility and better Copy and Paste options.

It blends together features of other ROMS like Lineage, Slim, AOKP, and others to produce a greatly optimized ROM with better performance, customizations and increased battery life.

Installing a custom ROM is a great way to unlock extra functionalities on your phone. However, it’s important to note that doing so voids your warranty. In case of any issues with your device, you are personally legible. To ensure no problems arise, make sure you properly follow the installation guide. You should also be aware of some of the issues that may arise during installation and how to deal with them.