As it turns out, the reason this happens is known and pretty simple. The problem in question is caused by Windows updates. While Windows updates are normally good for your system, there are often issues that you might encounter while trying to update your Windows system such as the error code 0x8024000b. In addition to this, even when Windows installs the necessary updates without any issues, it can rarely cause an issue with something on your system. Same is the case in this scenario. The reason that you are facing this error message is due to the September Cumulative update that was released in 2019 which updated the database of programs that are prohibited by Microsoft. VMware was added to the blocklist here which initiated the error message.

Now, because of this, the Program Compatibility Assistant tool on Windows, which is used to look for any compatibility issues on the programs that you run on your operating system, prevents VMware Workstation Pro 14 or older versions from running on the system. In some cases, the issue can be even encountered on Workstation Pro 15 but that’s about it. Since the issue has been there for quite a while, there are actually quite a few ways available using which you can fix the error message in question. With that said, let us get started and show you how to resolve the problem in question without any further delay.

As it turns out, the first thing that you should do when you face the error message in question is to try to rename the executable file of VMware Workstation Pro. By doing this, you will be bypassing the block that is placed on it and as a result, you will be able to run the application without any issues. The executable file, or .exe file, is what’s used to launch the application on your computer. This has been reported by multiple users who were also facing a similar issue. To do this, follow the instructions down below:

As we have mentioned, the reason that you are encountering the problem in question is because of a Windows update that updated the database of prohibited applications which is why Compatibility Assistant is preventing the application from running. Therefore, an easy fix to this would be to simply go ahead and remove that problematic Windows update from your system. These updates by their IDs are KB4517389, KB4524147 and KB4517211 respectively. Once you have uninstalled these Windows updates, you should no longer run into the error message mentioned above. To uninstall Windows updates, follow the instructions given down below:

Like we have mentioned earlier, the problem exists because the application is being blocked by Microsoft on your system due to an update to the database. Therefore, in order to resolve the issue, you will simply have to unblock the application and you should be good to go. For this purpose, there is a reg file available that you can use. What the reg file essentially does is that it will create a new key in your Windows Registry that will stop it from blocking the application on your system. As a result, you will be able to run the program without any issues. To do this, follow the instructions given down below:

Windows Assessment and Deployment Kit, also known as ADK, has basically a bunch of tools that let you customize your Windows system. In this case, you will be using the Compatibility Administrator tool that comes with it to unblock VMware from your system. This tool essentially lets us edit the System Database which was updated by a Windows update as we have mentioned before. Once we have removed the VMware entry from there, it should run without any issues. To do this, follow the instructions given down below:

In case you are not able to uninstall VMware Workstation Pro from the Control Panel, navigate to the directory where it is installed and look for the uninstaller. Often programs are shipped with an uninstaller included which can be used to uninstall the program. If you don’t find an uninstaller there, then you can download the latest installer from the website and run it. There, you will be prompted if you wish to remove the application. Simply choose the Remove option and VMware will be removed from your system. Then, go ahead and install the latest version available and you should be good to go. 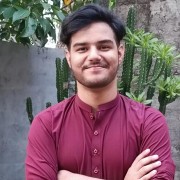