AMD has been dominating the silicon valley for a while now. Their Ryzen lineup of processors offers excellent value, strong productivity, and astounding gaming performance. It’s safe to say that the majority of people will be going with AMD this year for their new builds as well. To add to that satisfaction, 4th generation Zen 3 processors are just on the horizon. With the release of new motherboards, the B550 Plays an important role. Today, our guide is all about best B550 Motherboards, and how you can find the most suitable product for your Ryzen Processor, depending on compatibility.

X570 has been AMD’s top chipset for a while now. However, the B series has always been more popular. This is largely due to price. The B550 chipset might be a bit late to the party, but you could almost say it’s fashionably late. It’s surprising to see that many B550 motherboards offer VRM power delivery comparable to X570, and for a lower price.

Best B550 Motherboards: Our Top 5 Picks

However, picking from one of these means reading several long spec sheets. Don’t worry, as we’ve saved you the trouble. The following are some of the best B550 motherboards in the market.

Cream Of The Crop

The Gigabyte B550 Aorus Master is the cream of the crop when it comes to B550 motherboards. This excellent board can rival many midrange and high-end motherboards on the market. It’s geared towards overclockers and will fair quite well with Zen 3 as well. If you want the best of the best, this is the one.

The Aorus Master has your usual Aorus styling to it. In terms of design, the metal shields all around are black, with a light shade of grey thrown in here and there. The word sleek comes to mind immediately. Many people will love the look of this board. It also has controllable RGB and a large metal backplate for easier handling.

The six-layer PCB will deliver high-quality power delivery to all the components. We also get 4 steel reinforced DIMM slots. A personal favorite feature of ours is the two-digit POST code LED. This comes in very handy for troubleshooting. We have a few fan headers right below that, with more fan headers at the top. RGB headers are also present.

The 16 phase VRM solution is excellent, and can easily handle the mighty 3950X or any other Ryzen CPU. The three M.2 Gen 4 slots are a nice touch. Keep in mind that if you use two M.2 SSDs, the second one will pull 8 lanes from the GPU. Not much of an issue, since PCIe Gen4 x8 is still powerful for most high-end graphics cards.

You can run a raid solution at full speed with those M.2 slots. Add in a thunderbolt header, WiFi 6, and gigabit ethernet, and we have ourselves a winner. The only downside is the hefty price.

The ASRock Steel Legend motherboards have become hidden gems in the vast world of  AM4 motherboards. It’s easy to see why, as the Steel Legend aesthetic appeals to many. The B550 Steel Legend is no different. However, it’s not all looks, as this motherboard truly is a jack of all trades.

First off, we need to talk about that design. The white shields all around the motherboard paired with controllable RGB provide quite the look. This board would look amazing in an all-white PC build. It will definitely appeal to fans of minimalism, that’s a given. It’s also quite the beefy setup when it comes to power delivery.

We have a 14 phase VRM, which is great to see at this price. ASRock is using SIC654 drivers rated at 60amps each. Long story short, this board has a lot of overclocking headroom. We also get an error code or POST code LED with this board. It looks like this feature is finally making a comeback.

As for storage, we have one M.2 PCIe Gen4 slot,  another M.2 slot with PCIe Gen3, and another M.2 slot for a Wi-Fi card. You also get a rear I/O shield, which is always a nice bonus. There’s a USB-C header as well as a 3.2 Gen2 header. Overall, this motherboard is absolutely filled to the brim with features.

The BIOS has your standard layout, but it is quite basic. If you’ve been spoiled by a fancy MSI or Asus BIOS, this might feel a bit strange. Other than that, this is an excellent motherboard.

Not every motherboard needs to be big, loaded with luxuries, and expensive. The microATX MSI B550M is a great example. It brings everything we love about the B550 and AM4 platform into an overall compact package. Since it is priced competitively, we expect that this one is going to be a very popular option.

First off, the Mortal is small for the features it brings to the table. Granted, this shouldn’t be too much of a surprise since it has a microATX form factor. Don’t let that fool you, as this can handle any Ryzen 3000 series processors, as well as the upcoming Zen3 CPUs.

The motherboard has impressive stock performance and a slick BIOS. It’s not the best fit for overclocking a heavier processor like the 3950X. The mortar comes equipped with 8+2+1 power phases, so 13 phases in total. Sure, this can handle the successful 3800X or lower with an OC. That seems to be the best combo if you want to overclock.

Overall, this is an excellent board if the main thing you’re hunting for is value. It’s also an excellent fit for most mATX builds.

4. ASRock B550 TaiChi AM4 Motherboard

Are you the sort of person who cares more about style over substance. What if you could have both. That’s the main selling point of the ASRock B550 Tai Chi. This is an extremely premium motherboard that risks making the X570 chipset irrelevant. Yeah, it’s that good. Let’s quickly see what it’s all about.

The design immediately jumps out here before everything. Safe to say, this is the boldest looking motherboard we’ve seen in a while. If you want to stand out from the crowd, the B550 Tai Chi is the prime example of just that. You get the iconic gear symbols paired with a black/gold color scheme. Add addressable RGB on top, and we have ourselves a beautiful looking motherboard.

But let’s just back up for a moment. This motherboard is definitely not all looks, far from it. It has a 16 phase power design with SIC645CD MOSFETs. The VRM on here is actually better than the X570 Tai Chi, just think about that for a second. Want to overclock that 3950X? No problem at all.

Apart from that, we have the usual PCIe 4.0 X16 Slot. The primary M.2 Slot is also PCIe 4.0, while the second one uses PCIe Gen3. The onboard Realtek 1220 audio controller is quite good too. As for RAM, it supports frequencies up to 4733MHz. We hope you have the memory to take advantage of that. The board also has an I/O shield.

This motherboard screams quality in every possible. However, it also costs a pretty penny. B550 is already more expensive than its predecessor, but you might be able to make an exception for this certain board.

Last but not least, we have a budget motherboard to finish things off. A motherboard roundup would not be complete if we didn’t cover all of those. For those looking for a cheaper mATX motherboard, Gigabyte has got you covered. In fact, B550M DS3H is a sensible option for a lot of people.

Let’s get this out of the way first. You can not and should not pair this with anything above the Ryzen 5 3800X. It’s generally not a good idea to pair a cheap motherboard with a high-end processor. Overclocking is also out of the window. However, things aren’t so bleak for this motherboard.

AMD hasn’t put any restraints on B550 board manufacturers. That means they can go as overkill as they want with the VRM. With that said, the better the power delivery, the pricier the board. The B550 DS3H is a good option for those looking to pair a midrange Ryzen chip. You can even drop in a lower end Zen 3 processor down the line.

This motherboard has dual M.2 slots,  Realtek ethernet, and support for DDR4 4733 memory. The black and grey pattern across the PCB might be a bit funky, but that’s not all too relevant. This cheap motherboard still retains the PCIe Gen 4 x16 slot. It has a power delivery that consists of 5+3 power phases.

All in all, this is a solid keyboard for those on a budget. Sure you have to sacrifice a few things, but that’s pretty much a given for a cheap B550 motherboard.

Hassam Nasir
As a managing Editor, I run, operate, and implement a substantial amount of work at Appuals.com. I supervise a team of enthusiastic geeks and also create content strategies. Whenever I am not at my work desk you'll find me tinkering around PC hardware and retro gadgets. 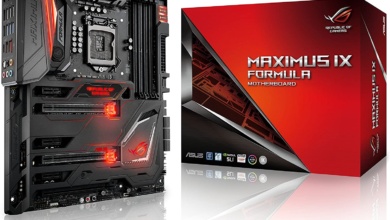 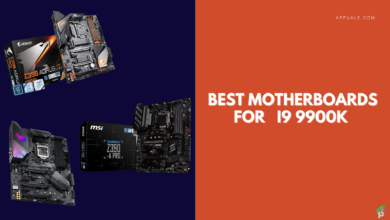 Best Motherboards For i9 9900k 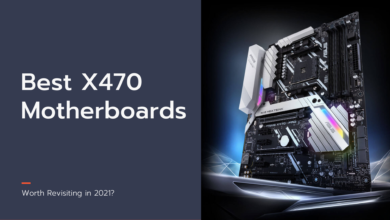 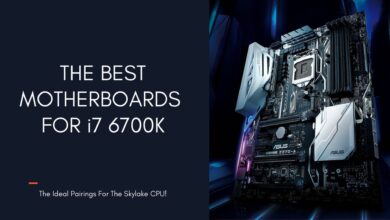 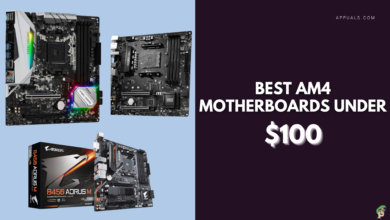