There’s never been a better era for guitarists, as its become so incredibly easy to connect your guitar to your computer and find the tone you want using a combination of amp simulators and plug-in effects. However, hunting down the best and most popular free effects for guitarists can take hours of crawling through Google and musician forums. That’s why we’ve done the work for you!

In this article, you will find a quick set-up guide for getting started with adding FX plugins to DAWs like Reaper, and the best available free plug-ins for guitarists; these were accumulated from hours of research and gathering download links, so there’s a bit of something for everyone here.

Note: There are literally thousands of free VST plug-ins out there, and including them all would require a dedicated website just for reviewing VST effects. Thus we have sorted through all of the reviews and ratings across multiple websites, to compile a list of the best and most popular free VST plug-ins for guitarists.

How to Use all of the Plug-Ins in this Guide

All of the amp sims and plug-ins we compiled for this guide are typically offered in plug-in format for usage in DAWs, with the exception of perhaps a few standalone amp sims, but those typically have VST plug-ins to be loaded into DAWs along with the standalone applications.

We’ll be using Reaper as our DAW for this short guide, but its mainly the same process when you’re using something else, like Presonus Studio, Cakewalk SONAR, FL Studio, Cubase, etc. Just don’t use Audacity – its not a true DAW by any stretch of the imagination, and it goes bonkers with a lot of VST plug-ins. 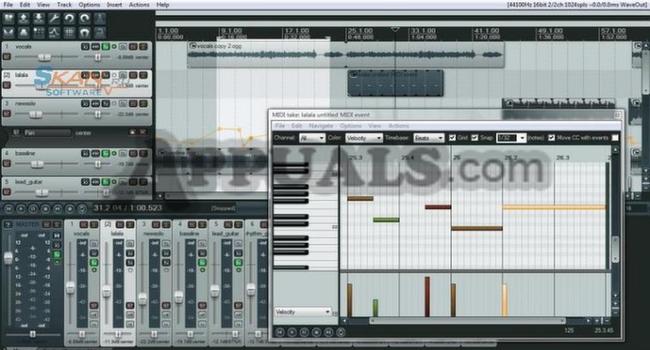 The screenshots will also be using the LePou456 amp sim, TSE 808 distortion pedal plug-in, and LePou LeCab 2 impulse response loader, which are all freely available from the many download links included in this guide.

So basically, all we’re going to do is launch Reaper (or your DAW of choice), and go through whatever method your DAW has of adding a new track and loading plug-ins. 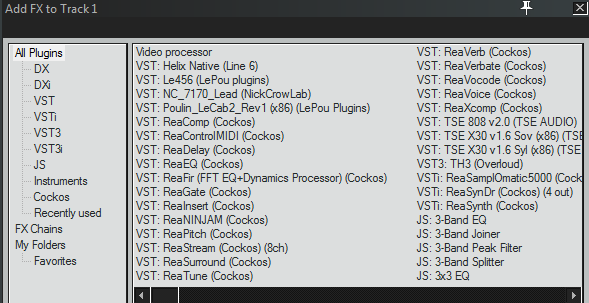 For Reaper DAW, you would hit CTRL + T to add a new track, then click the FX button to bring up all your plug-ins. Its good to install all your DAW plug-ins in the same folder, for example I have mine on C:\Program Files\VSTPlugins, and I just made that the main folder where Reaper will look for plug-ins. 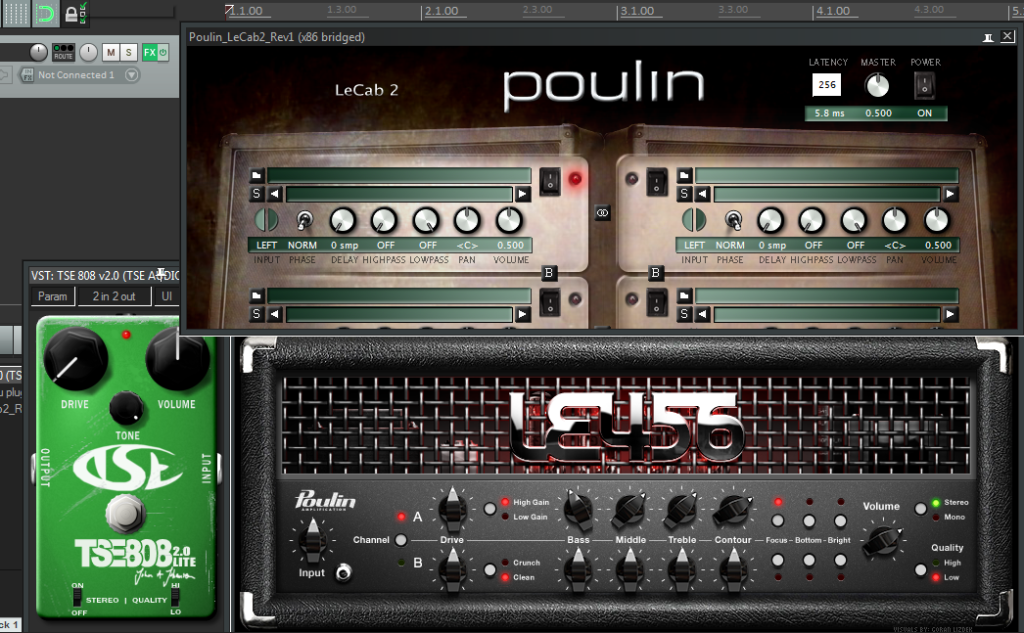 However, for loading impulse responses, I really do recommend LePou LeCab 2 – it can support up to 6 simultaneous IRs and has a lot of bells and whistles. There’s other, much simpler IR loaders, but LeCab 2 is my personal favorite and it has a x64-bit version available, which you definitely want to take advantage of, because x86-bit plug-ins can bring latency issues. 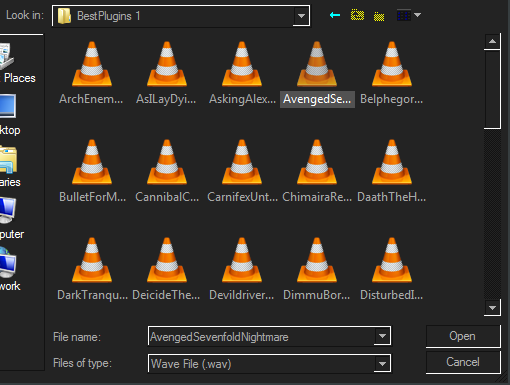 So once I’ve loaded the plug-ins, I’m going to load an impulse response file into LeCab 2, and I’ll click the button in the middle to make it dual-channel. Ideally you want to mix different-but-similar ideas to get the best tone, but I’m just providing example screenshots of what you can do here.

Finally, you can click the “Arm Recording” button on your track in Reaper, and then click the “Monitor Playback” button on the track to hear yourself in real-time. Read Appual’s guide on recording in Reaper to learn a lot more about this particular DAW, if you’re interested.

If our exhaustive list didn’t satisfy you and you want to find even more free VSTs, here is a list of websites you can search through.