The significance of Computer Networking to organizational growth is pretty clear. Which is why more and more businesses are embracing the concept. It makes communication as well as data sharing easier. But more importantly, it is cost effective. It allows the sharing of resources that would otherwise need to be purchased in numbers. The list of networking benefits is endless and I could go on and on but it’s not the point of this post.

See, as great as Computer Networking is, you will need to constantly monitor your Network to ensure that everything is working smoothly. The failure of a single component could cause downtime for your entire Network. But the problem is networks are on a constant growth pattern while also increasing in complexity and it can be a bit tricky keeping up with the architecture. Especially if you are doing it manually. Yes, there are some system admins that choose to manually draw the architecture but that takes a lot of patience, carefulness, and effort. A Network topology mapper on the other hand automatically detects the network hosts and produces a complete map highlighting how they connect with each other. It lists the location of routers, Access points, firewalls, VLANs, laptops and other hosts in your network.

One thing that many people seem to be forgetting is that you need a complete understanding of your IT infrastructure for you to properly monitor it. It will be a lot easier to fix a problem when you know its exact location. Again, a network mapper is more flexible and more accommodating to changes in the network as compared to a drawing that you have to manually update every time.

So in this post, I have prepared a list of 5 best software that I feel will take away the burden of mapping your network away from you. Check out what they all have to offer and select the one that has the best combination of features for you.

SolarWinds is a staple name in the networking niche. They have been making the lives of System admins easy for about 20 years now thanks to their various automation tools. You have probably heard about the Network Performance Monitor seeing as it is one of the best there is but today I will be introducing you to their Network Topology Mapper. Just looking at an overview of its features and you can understand why many prefer it.

Once it is set up, the SolarWinds NPM automatically discovers all your network components and generates a full map. This means that you now have something to start with instead of starting the mapping from scratch. You can then edit various aspects of the map including manually adding devices.

Other map editing features include the ability to change the outlook of your Network map by resizing and modifying the icons and also changing the location of the text that follows the icons. To easily understand the map, SolarWinds NTM allows you to group your devices based on their roles, vendor, location, subnet, VLAN, or unidentified nodes. But one thing I like is that you don’t have to keep checking the network for any changes. You can simply schedule automatic scans that will detect new devices or any other changes and update the map accordingly.

The other standout feature about this topology mapper is the ability to find your network devices using different protocols such as SNMP, ICMP, and WMI and create different maps for each. This is also true for VMware and Hyper-V components. For many of the other tools, you would have to rescan your network separately for each protocol which is time-consuming and cumbersome.

Once created, you can export the map to different formats including Microsoft Office Visio, PDF, PNG, and the Orion Network Atlas.

The SolarWinds NTM is also a really solid reporting tool. It allows you to perform inventory management of your hardware infrastructure and generate an automatic report. You can also create reports for Switch port data, VLANs and subnets, and device ARP cache. All of this will be important in proving compliance to PCI and other regulations like SOX and HIPAA that require you always have an up-to-date network diagram.

To conclude, I think that for the features it offers, you will be getting a really nice bargain using the SolarWinds Network Topology Mapper. It has a 14-day trial period which you can use to test it before making a decision to purchase.

Lucidchart is a great diagramming tool that comes with an extensive library of Network diagram shapes. These include AWS, Azure, GCP, and Cisco. The tool also includes full network diagram templates that you can use as a starting guide and then make the relevant changes based on your network.

I also like that this is an online tool. No installation hassles, no pressure on your system resources and most importantly it’s available from anywhere as long as you have an internet connection. They also have iOS and Android apps.

But my favorite feature about Lucidchart topology mapper is the group chat that allows you to work collaboratively on a network diagram. Multiple people can edit the chart at the same time without conflict.

You should know that this tool supports the importation and exportation of Visio format and so if you have previously been using Microsoft Visio then you don’t need to redo any of the maps that you had worked on.

On the downside, Lucidchart lacks an automatic network discovery feature. However, it can be integrated with UVexplorer which automatically captures the network devices and the existing relationship between them and then exports the data to Lucidchart.

There is a free version of  Lucidchart but it lacks the import/export feature. And for me, that is a deal breaker because this is a feature that simplifies so much work and you will, therefore, feel its absence. This tool is available for all the popular mobile and computer OS including Linux and Chrome OS.

InterMapper is a comprehensive diagramming tool that even gives you live updates of what is happening in your network. It communicates with the network devices using SNMP messages and uses color codes to indicate that the devices are up or down.

Green means the system is working, yellow is a warning, orange means that there is an issue and then of course red means that the device is completely down. Whenever an issue is detected with your devices, Intermapper sends you instant email/SMS alerts so that you can act before the problem escalates.

This tool comes with several map templates which you can utilize to ease the map making process. It also includes all the important network icons to enable you to accurately represent your network in a way that is easily understandable. Similar to the SolarWinds NTM, InterMapper can automatically detect the devices and will automatically generate a map for you. Your task will then be to change the icons, map layout, and the background images to come up with the ideal map. You can make use of hierarchical maps and sub-maps to highlight certain network areas like a floor of a building or a classroom.

Helpsystems Insite is an additional feature that allows you to view the InterMapper server and device matrix from any mobile device since it is web-based.

I like that InterMapper is more than just a topology mapper. It’s a tool that can be used to provide some performance insights as well as do capacity planning. It keeps track of your network performance data that you can use to determine when your workload is exceeding the available resources.

ConceptDraw is a powerful business Drawing and Diagraming solution that will be as good in creating a map of your Network as it is in creating business presentations, graphs and diagrams. It has all the icons necessary to create a comprehensive Network topology map which includes Wi-Fi, Computers, racks, and physical interconnects and other icons. Even better, it comes with over a hundred different templates and thousands of stencils that you can use to create and save custom icons.

But it is the 3D vector art that really makes it stand out. It results in unique topology maps that produce a better representation of the actual network than the standards icons ever can. Then another impressive thing about ConceptDraw is the building plan designer and smart connector feature that allow you to automate the network map creation process.

You will notice a lot of similarity between ConceptDraw and MS Visio. It even allows you to export your topology map to Visio and other file formats such as PDF, PowerPoint, FLASH, and HTML.

The tool is available for use in both Windows and Mac OS and can either be downloaded as a single software or as part of the ConceptDraw Office Suite. The latter features additional tools for project management and planning.

Unfortunately, ConceptDraw cannot automatically detect your network devices and generate a map. But it has a really simple interface which makes navigating through the topology mapping process pretty straightforward.

Nevertheless, this is not a tool I would recommend if you are mapping a large and complex network topology. Too much work involved. However, if it’s a small network like the one you would have in a startup business ConceptDraw will be perfect. It will help you understand the topology used, the relationship between different components and also show the physical and logical structure of the network. 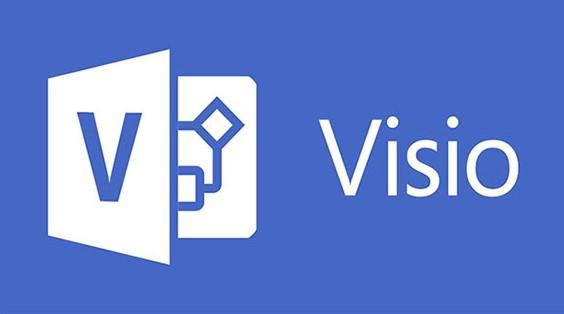 Microsoft Visio is probably the most popular tool that is used to perform topology mapping. Which is actually the main reason why most of the other tools include the ability to import and export Visio file formats. But then again popular does not necessarily mean it’s the best. A lot of changes have happened in the topology mapping scene and Visio has been unable to keep up with the trends. For instance, it does not have an automatic host discovery feature. Consequently, it has slowly been overtaken by the other tools though it’s still an option worth considering.

The tool has over 70 map templates you can choose from which might be enough but significantly less than what most of the other tools offer. It also has numerous icons you can use to represent the various components of your network.

But you have to give it to MV. It has a very user-friendly interface which makes it the perfect tool for a beginner. In an attempt to overcome the lack of automatic discovery, Microsoft allows you to integrate this tool with the Visio Connector which will do the discovery. It’s an add-on for Microsoft Baseline Security Analyzer.

In the latest edition of the Microsoft Visio people can add comments to your map diagrams either through the tool or via its online dashboard. This facilitates team collaboration in designing the topology.  The Business editions allow you to integrate with Skype to allow instant messaging within Microsoft Visio during the mapping process.