The Manjaro team released a stable update for Manjaro Deepin, which focuses on a lot of improvements to existing packages.

For starters, a lot of improvements have been put into VirtualBox 6.0. These improvements include (full changelog here):

Additionally, updates were performed on MSM, Wine, Firefox, and all the regular Haskell, php, and python updates. QT5 was updated to 5.12 LTS, which brings full Qt support for Python developers. All of the Qt APIs are now available for Python developers, which allows them to create complex graphical applications and UIs.

Mesa is updated to 18.3.1, which is a fairly tiny update that disables the VK_EXT_pci_bus_info extension that was previously introduced – basically a botched Vulkan extension.

The Manjaro team recommends the XFCE Edition which comes with the latest packages. Alternatively you can try the KDE or Gnome editions, if you prefer those interfaces. 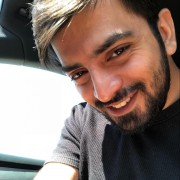