Everyone appreciates a good mechanical keyboard. After feeling the tactile feedback from a good key switch, it’s hard to go back to a membrane keyboard. They are enjoyable in nearly every scenario, whether it is gaming or just simply typing. However, there are a plethora of different key switches. It’s a subjective thing, so everyone is going to like a different type of switch. Some might silent yet subtle feedback. Others will prefer a loud sound with more clickiness. 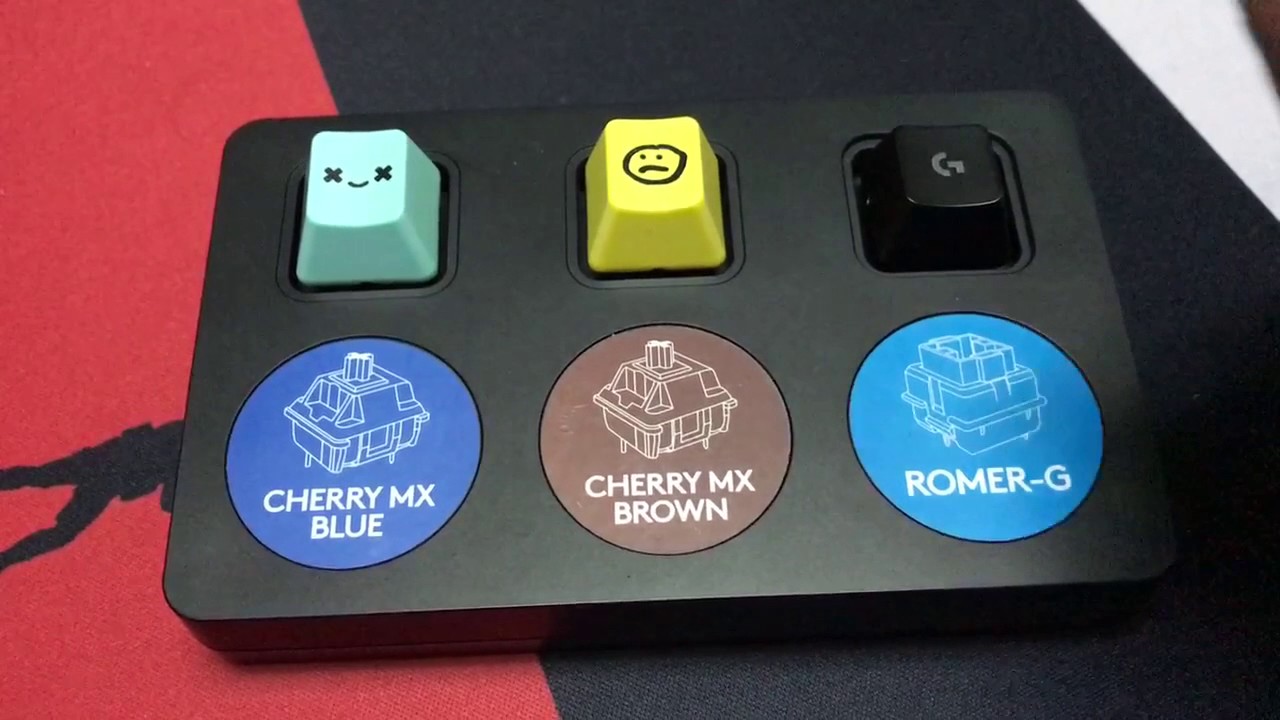 Cherry MX has been the gold standard for switches for a while now. They have a lot of different options spread out across various keyboards. Yet, some brands like to differentiate themselves and create their own switches. Logitech is one such brand and their Romer-G switches are quite respectable. They’ve been popular in the keyboard game for a while now. We’ll be seeing how Romer-G switches stack up to Cherry MX switches.

Cherry MX switches are all the rage. People especially love the responsiveness, durability, and versatility they offer. The reason they are so popular is that they have noticeably better quality than a lot of the switches out there. Especially compared to Chinese manufacturers, while they come close to imitating Cherry MX, the quality isn’t there. There are a lot of switches to go through so let’s quickly cover some of the best ones. 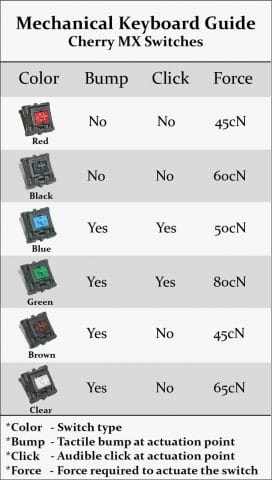 These are one of the more common switches in mechanical keyboards. They are mostly linear but still have good responsiveness to them. Red switches are fine for an office environment as they are pretty quiet. The light 45 grams of actuation force makes them a solid option for both gaming and typing.

Brown switches are popular among people who love good tactile feedback but still want low sound. They require the same actuation force as Red switches. The difference is they spring back much quicker which makes them feel more tactile.

These are the most clicky switches. They are very audible during use and feel like a good old typewriter. These are incredibly popular among people who like a bit of heft in the feedback. Perfect for typists and preferred by a few gamers as well.

There are a few other switches from Cherry MX as well. Black switches are the same as red but with more actuation force. Speed switches are the lightest and fastest of the bunch which makes them perfect for fps games.

Logitech paved the way for a bit of innovation in key switches. A lot of people simply adore their Omron Romer-G switches. But to be perfectly honest, they are a bit divisive as some people still feel Cherry MX has more versatility and better feel. Let’s quickly cover all 3 Romer-G switches

Romer-G Tactile was the first product of Logitech’s partnership with Omron. These switches were made precisely to feel the best in their G series lineup of keyboards. The Romer-G tactile has a bit of a discernable bump but isn’t all that tactile compared to a linear switch. It has lower travel compared to some Cherry MX switches. The actuation force is also only 45 grams. A lot of people love this switch because it is pretty fast and responsive. The best out of all Romer-G switches.

The Romer-G linear promises faster response and lighter feedback than the tactile switch. Not much varies from the tactile switch in reality. They feel pretty much the same as they have the same actuation force and key travel. The only difference is they have a much smoother feel. You’ll only know what that means when you actually try it out.

This one is a bit of a miss. It’s basically a blue switch from Kailh (which is a Chinese version of the Cherry MX Blue). Sadly in terms of overall quality and feel it just falls short. The Cherry MX Blue is miles ahead of this switch. The GX Blue is a rebranded Kailh switch and it’s nothing special. It’s clicky enough but it doesn’t make sense if you can go with Cherry MX.

Overall, we’d say its hard to go wrong with a Cherry MX switch. There are a lot of options to choose from so versatility is a plus point. From linear to super tactile, there’s probably a switch for you out there. On the flip side, Romer-G switches are definitely unique in their feel and responsiveness. It all comes down to personal preference. If you’ve already tried out Cherry MX and want something different. Romer-G switches are still solid. Sadly, the GX Blue is not up to par out of the Logitech lineup.