Sometimes we need to change database name because the original name was based on the project that has become irrelevant to the data stored into the database or you had given temporarily name before and now you want to modify it. Irrespective of the reasons behind renaming the database, in this article, we will come up with ways about how to rename the database, what error may arise while doing so and how to fix them.

So to rename the database, you need to follow one of the methods as discussed below. First of all, we have to create a database which needs to be renamed.

Select any database in your SQL Server Management System (SSMS). If you don’t have any you can create one by following this procedure.

There are multiple methods to rename a database in SQL Server, which are discussed below in detail along with versions supported by any specific method. Later on, we will also discuss errors that arise while renaming the database, and procedure to fix them.

This is the simplest way to rename a database. You have to proceed like this to do so.

The output will be “The database name ‘test_cases’ has been set.” As seen in the figure below.

Detaching the database by executing the following code:

The output will be:

This can also be achieved using SSMS by following these steps.

Furthermore, we will discuss errors that may arise while renaming the database. You will need exclusive access to the database to rename the database, which ensures that the database does not have any other database connections. But if this is not the case, it can result in errors as shown below. The error can even arise when we accidentally open another window with the same database name which has to be renamed.

Errors that arise while renaming the database via SSMS and by executing the query:

Error 1: Error arises while renaming the database via SSMS

“Unable to rename test. (ObjectExplorer)
Additional information:
Rename failed for Database test (Microsoft.SqlServer.Smo)
An exception occurred while executing a Transact-SQL statement or batch.
(Microsoft.SqlServer.ConnectionInfo)
The database could not be exclusively locked to perform the operation. (Microsoft SQL Server, Error: 5030)”

First of all, we will reproduce the above-mentioned error messages for understanding that in which scenario they arise and how to fix them.

This will configure the database to roll back any pending transactions and set it in “single user mode” and then back into “multi-user mode”.

These are multiple ways to rename the database. If one way is not working for you. You can go to another one. One thing that should be kept in mind that changing database names using these ways just rename the database. The “physical files” still have the same names. As we can see in the figure below we have changed the database name from “test” to “test_cases” but in the physical location, it remained the same.

So the simplest approach is to use solution 4 if you want to change the file name as well. You must first change the name of the physical files before reattaching the files and then specify the renamed files when you do the reattach.

Moreover, in addition to changing the names of the databases, you also need to check if there are any references in your application code to the database name.  This can be either within SQL Server or outside of SQL Server. 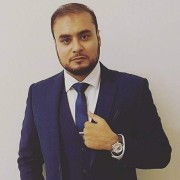 Sam is a First Line Support Engineer in Network Rail. He loves to play around & tinker with smartphones. He has a strong background and extensive experience in troubleshooting and configuring Android. He's our go-to guy when it comes to smartphones because he always has a trick or two up his sleeve. In his spare time, he likes to listen to music & binge-watch Netflix.
Servers & Networks
Back to top button
Close
Close
Close