When the Sony PS3 was released, it was shipped with support for Linux installation on the console. This was later removed in updates, and the idea was scrapped entirely with the PS4. However, there exists a method to get Linux running on the PS4, and you can even play PC games through Steam if they have Linux ports.

This guide will walk you through installing Fedora Linux and Steam on the PS4, but be warned that this only works on PS4 consoles on firmware 1.76 – which is fairly outdated at this point, and there is no way to downgrade a PS4 console’s firmware once it’s been upgraded. Fortunately, brand new PS4 consoles running the 1.76 firmware can still be found for sale around the internet.

Check here for a list of PS4 bundles that will have the 1.76 firmware on them. Make sure you only purchase a brand-new, still sealed console. A used console will likely have the firmware updated, and as mentioned before, there’s no going back.

First, plug an empty USB disk into your PC, and then run the Fedora Live ISO from within VirtualBox. You’ll be greeted with a welcome screen.
Note: You can also partition and configure drives for Linux UEFI Boot. 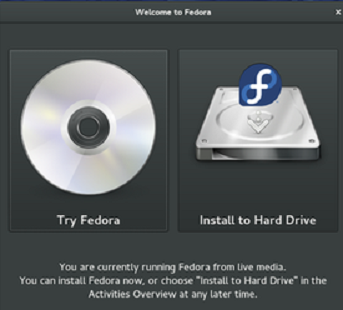 Choose to “Try Fedora”, and when you’re on the Fedora desktop, launch a Linux terminal and type the following commands:

The “fdisk -l” command will show the path of your USB disk, for example “/dev/sda”, so now we will partition it. In the following code, make sure to change /dev/sda to your USB disk’s actual path, if that isn’t the path being used:

Do not close the terminal at this point – simply go back to the Fedora launcher welcome screen and choose “Install to Hard Drive”, and then “Installation Destination”. Finally, click on “I will configure partitioning” in the storage options, and click done. 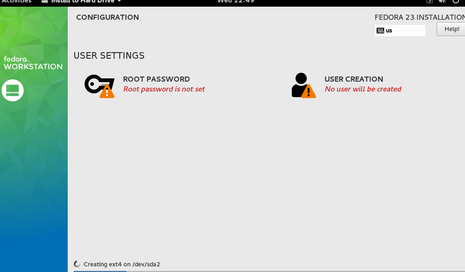 Now it will ask what partition to install to – choose /dev/sda2, and in the box for “Mount Point:”, enter a single / slash. Finally, check the “Reformat” box and click “Update Settings”, then Done. Now you can begin the installation, and choose your root username/password.

When the installation is done, do not exit Fedora yet. We need to install the Radeon drivers for PS4. So go back into the Linux terminal and type these commands:

Now after you type “ifconfig”, you need to look for the IP address of your virtual machine. When you have it, use FileZilla to push the “ps4-radeon-rpm.zip” to a folder called “/mnt/tmp” in the Fedora environment. Now go back into the terminal and type:

Now look inside the /home// folder of Fedora and find a file called “.xinitrc”. Open it with a text-editor and add these lines: 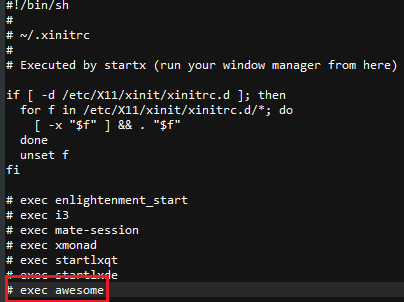 type into the Linux terminal:

And before unplugging the USB disk from your PC, copy the bzImage and initramfs files from above to the Fat32 partition of the USB disk. Installing Linux on the PS4Plug the USB disk into your PS4 and turn on the console, then boot the USB with PS4 Playground. It will take you to an init screen, so type:

When you get to the login screen, type the username and password you set earlier during the Fedora installation, then type:

After you’re booted into the DM, open the Linux terminal and enter:

Now we can launch Steam, but we need to make sure it executes with the proper libs for running on Linux. So type into the terminal:

That’s all! The PS4 can run older titles in the Steam library that have a Linux port, and some modern titles as well if you lower the graphics settings. Here’s a list of PC games that have been reported to run on PS4 / Linux:

Kevin is a dynamic and self-motivated information technology professional, with a Thorough knowledge of all facets pertaining to network infrastructure design, implementation and administration. Superior record of delivering simultaneous large-scale mission critical projects on time and under budget.
Trending
Close

How to Install Linux and run Steam on PlayStation 4

If the issue is with your Computer or a Laptop you should try using Reimage Plus which can scan the repositories and replace corrupt and missing files. This works in most cases, where the issue is originated due to a system corruption. You can download Reimage by clicking the Download button below.