The error code 0x90010108 occurs when certain Xbox One users try to open certain games. With most users, it appears immediately after they finished installing Borderlands 2 or Plants vs Zombies when the user tries to press the home button. 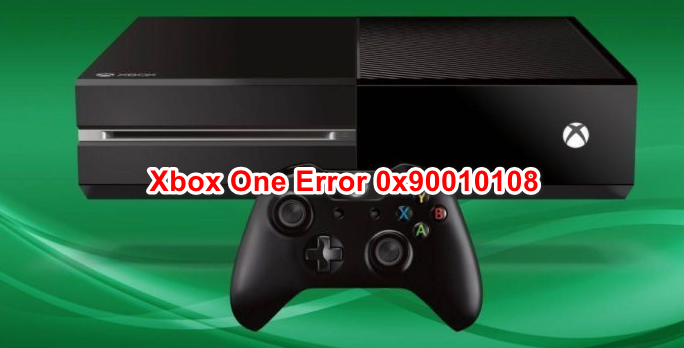 Before you go ahead and pursue other potential repair strategies, it’s important to make the necessary verifications to ensure that the issue is only occurring locally. As several affected users have reported, the 0x90010108 error can very well occur due to a temporary Xbox server issue.

As it turns out, a temporary maintenance period or an unexpected DDoS attack are both viable options that might lead to the apparition of this particular error code. In most cases, this will happen due to the fact that your console is unable to connect to the internet.

If we were to look at the history of this error, there are a couple of instances where there has been a surge of 0x90010108 errors in the US, and in both cases, it was caused by a server issue.

To exclude the possibility of a server issue, access this link (here) and see if any Xbox services (especially the core services) are currently experiencing some issues.

Note: If the investigation has revealed that you’re dealing with a server issue, none of the fixes below will allow you to resolve the 0x90010108. The only viable fix, in this case, is to wait patiently until Microsoft resolves the issue. Be sure to check the Xbox status page regularly until you see the core services are repaired.

In case the investigation you just performed above has revealed that there’s indeed a server issue that is causing the problem on Xbox One, move directly to the next method below for a method that will allow you to circumvent the issue in case it’s occurring locally.

If the investigation above has revealed that you’re dealing with a local issue, your best hope of fixing the 0x90010108 error without any sort of data loss is to perform a power cycling procedure.

A power cycling procedure will allow you to get rid of the majority of temp files that might end up causing this issue. What this operation essentially does is it drains the power capacitors and it clears the temp data folder. As it turns out, this operation will end up resolving the vast majority of firmware-related issues that might end up triggering this error code.

Upon our investigations, we managed to identify several user reports in which affected users have managed to resolve the issue entirely by following the instructions appropriate to performing a power-cycling procedure.

Here’s a quick guide on doing a power cycling on your Xbox One console in order to fix the 0x90010108 error:

If you’re still encountering the same error when trying to open a particular game or when pressing the Home button, move down to the next potential fix below.

If the power-cycling procedure didn’t work in your case, it’s very likely that you’re dealing with some kind of firmware problem that will not go away conventionally. In cases like this one, the only viable fix that will ultimately allow you to get past the 0x90010108 error is to perform a hard reset.

Several Xbox One users that were also struggling to get around this error message have reported that they were finally able to fix the problem after they perform a hard reset. This process will ultimately replace any corrupted that that might end up being responsible for the issue.

It’s important to keep in mind that this procedure doesn’t necessarily mean that you’ll lose your downloaded library and personal data. You can very well choose to go for a soft reset which will only touch your OS files (keeping your apps, games, social account integration and some user preferences intact).

But if you want the best possible chances of fixing the 0x90010108 error, we encourage you to go for the drastic approach (hard reset). Here’s what you need to do: