A cooler does not add to the performance of the system directly but still, it is greatly intertwined with the efficiency of the system. High-temperature levels can lead to a lot of issues such as thermal throttling where the processor gets down-clocked to protect itself against high temperatures. Apart from thermal throttling, the processor can get various stability issues if they are not cooled properly. Also, a high-end cooler is a must for overclocking the processor, as this feature puts a lot of strain on the processor and the processor generates much more heat than the stock configuration. Moreover, lower thermal levels can lead to a much longer product life which is why better temperatures are always welcomed. 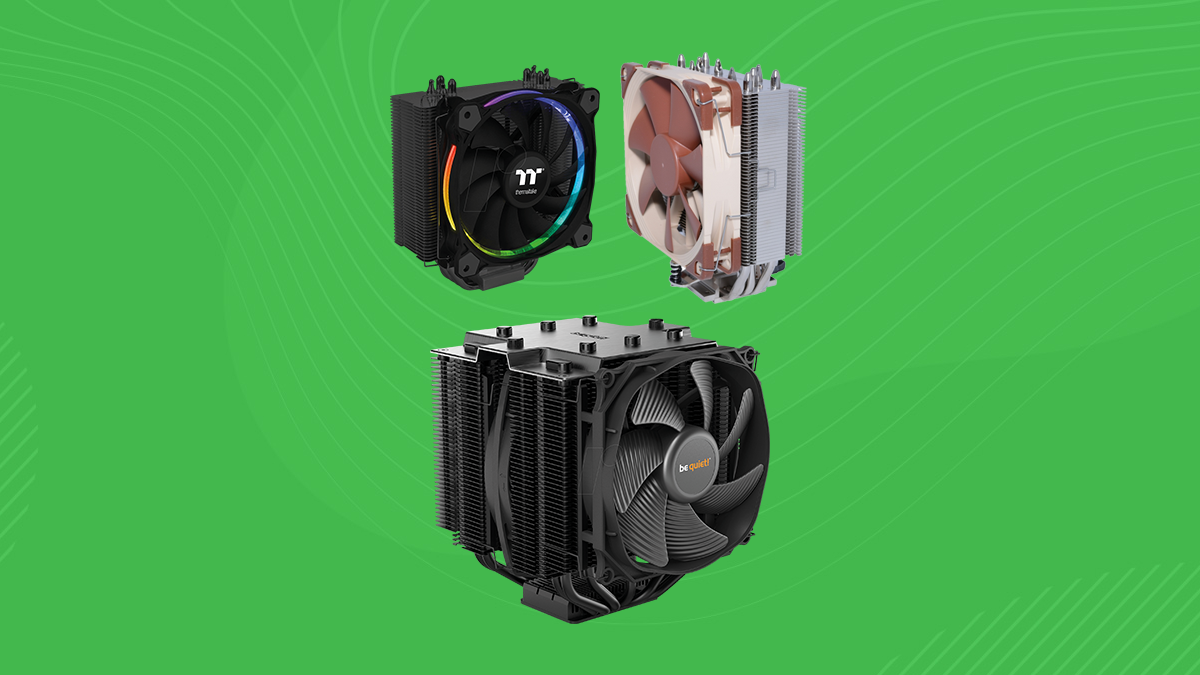 Now, speaking about the Intel Core i7-8700K, it is an eighth-generation hexacore processor with Hyperthreading enabled. The letter ‘K’ denotes that the processor has its multiplier unlocked which leads to great overclocking potential. An important thing to note here is that the processor is not soldered with the IHS, which is why the temperature levels of this processor are quite high. In such a case, a high-end CPU cooler is recommended, especially if the user is going to overclock the processor.

The air coolers have been greatly improved over the past few years and give a very tough time to the best AIO cooling solutions. We will be looking at the best of the air coolers in this article which will provide great support to this beast of a processor.

Cryorig is a company built-up not long ago and is the manufacturer of many great products as the original owners are themselves great pc overclockers and enthusiasts. Cryorig R1 Ultimate is the finest air cooler of the company, which features a dual-tower dual-fan design. The cooler also provides great aesthetics, thanks to such beautiful fans. There are seven 6mm heat-pipes infused into the base of the cooler, while the base is made of pure copper and plated with Nickel for premium conductivity. The overall look of the cooler feels very premium and exquisite, with dark-gray frames of the fans and black heat-sink covers.

There are two included fans, Cryorig XF140, which are 140mm fans and Cryorig has implemented a special mechanism for the fan-mounting, which is why the fans are height adjustable and you can easily lift the fan by up to 5mm. Despite raising the fan to the maximum, the fan might block some high-profile RAM sticks, which is why the user can buy the Cryorig XT140 fan, which is extremely thin and the body of the fan does not interfere in the area of DIMM slots.

The temperature levels of the processor during the tests were pretty impressive and we noticed readings around 75 degrees which is perfectly fine. This air cooler presents one of the best looks and the temperature levels are also under the safe limit, which is why this product should be on top of your list.

Phanteks PH-TC14PE is a world-renowned dual-tower air cooler that is quite great in performance. The cooler provides simple looks and apart from the size, does not look very advanced due to the simplistic design of the fans and heat-sink, although the reality is quite different.

There are five heat-pipes at the base of the cooler but you should not haste in judging the performance, as these heat-pipes are 8mm ones. The fans of the cooler are also quite awesome and feature UFB Bearing, Maelstrom Air Fort Optimization, and Maelstrom Vortex Booster. The heat-sink of the cooler also features two patented methods, “Physical Antioxidant Thermal Shield” and “Cold Plasma Spraying Coating Technology”, for coloring and soldering of the fins. The color feature is particularly unique as we did not see such a thing in any air cooler and different colors on the fins of the heat-sink look great.

The temperature of the processor under stress test was reaching 73-degrees at a stock configuration which is great and one can mildly use an overclock on the Core i7-8700K as long as the processor is not used 24×7. We believe that this is an epic cooler, which provides great choices when it comes to PC themes and the performance is also at the top.

Noctua is among the most famous companies when it comes to quiet and powerful CPU coolers. Noctua NH-D15 is the company’s best effort and is often mentioned as the king of air coolers. The cooler features Noctua’s famous brownish-themed fans along with a mighty heat-sink. This theme looks quite premium but sadly, it does not match most of the themes and the users just end up getting other coolers or replace the fans on this cooler, which adds price to the overall purchase.

The cooler features a copper base and heat-pipes which are nickel-plated while the fins are made out of aluminum and are soldered with a total of six heat-pipes. Everything about this cooler feels premium and the company has proved this by providing a whopping 6-year warranty. The cooler uses two NF-A15 PWM fans which are quite good in performance and come with low-noise-adapters. A great thing about this cooler is that it comes with a high-end thermal paste, that is Noctua NT-H1. This thermal paste has proved its worth a lot in the past and is still considered one of the best compounds for high-end systems.

The performance of this air cooler was quite identical to Phanteks PH-TC14PE and we noticed readings roaming around the mid-70s. Apart from the brown-themed fans, this cooler has almost no disadvantages and if your computer’s theme matches it, this cooler should be your top priority.

be quiet! is a company that specializes in making the products as much quieter as possible and this parameter is taken seriously by many setup owners. Dark Rock Pro 4 is the company’s recent addition to the high-end coolers lineup and it is the successor of Dark Rock Pro 3, providing slight adjustments. The major improvements are easier installation and improved acoustic levels. The cooler looks pretty packed up and provides a cubic shape. The heat-sink of the cooler is painted with ceramic particles, which not only provides better looks than non-painted aluminum but is also better at dissipating heat. There is a single black cover at the top, covering both the heat-sink and the fans.

The cooler features six 6mm copper heat-pipes which are nickel-plated while the base also undergoes a similar process. Interestingly, the cooler uses a 135mm fan in the middle and a 120mm fan at the front which is why the RAM clearance of this cooler is much better than other coolers, leading to a total of 40mm RAM clearance.

We noticed that the cooler is as quiet as the Noctua NH-D15, if not more, although the temperature-levels were slightly higher with a difference of 2-3 degrees. If you can bear such a difference and like the looks of this cooler, then this product is a great alternative to the Noctua, providing similar acoustic levels.

Cooler Master released a lot of new coolers last year and MasterAir MA620P is their current flagship air cooler. This cooler is packed with a lot of great features, from which, the RGB synchronization technologies are really useful. Moreover, the lighting styles of the cooler are very much up-to-date and provide great aesthetics. The cooler comes with an RGB controller which means that the user can easily switch various styles without using any software.

There are six heat-pipes at the base of the cooler which are infused with the base using Continuous Direct Contact 2.0 technology. This technology dates back to the old Hyper-212 models but there does not seem to be a better alternative at this point. The heat-pipes are made of copper while the heat-sink fins are made of aluminum. MA620P comes with two MasterFan MF120R RGB fans and these fans provide great static-air-pressure, leading to low temperatures.

The temperature levels of the processor with this cooler were fairly more than the other coolers we mentioned, with readings crossing the 80-degree mark under the stress test. If you are only going to play games, this cooler should suit you well, as the temperatures stay under 70-degrees most of the time and you can enjoy the stunning RGB lighting of this cooler.