If you look at the market for sound cards in 2019, you will realize that there is a rather strange trend going on. Most people are not buying sound cards simply because they are facing a decline. But at the same time, there is a crowd that swears by it that sound cards are still relevant in 2019.

True, you can get some of the best sound cards available in the market if you are willing to spend the money but one thing that most people can’t understand is that aside from a handful of the sector, sound cards are not being bought by a lot of people.

This has convinced us to explore whether sound cards are still relevant or not. Honestly, there could be a lot of reasons behind why these are being phased out. However, is the situation bad to the point that sound cards will soon be considered relics of the past?

This is what we are going to explore in today’s opinion.

Onboard Audio is Getting Better

Okay, let’s be honest. Part of the reason why sound cards were created in the first place because onboard audio had a lot of distortion issue mainly because the components were placed closer to each other. For the longest time, this was a huge issue that resulted in sub-par audio, and that is why many companies like Creative banked on this and created a long range of soundcards, starting from cheaper options, to the ones that cost a lot of money.

However, as time progressed, the onboard audio only improved. So much so that many companies like Asus started working on shielding the audio components onto the separate layer. This technique reduced the distortion by a great mile and the onboard audio started improving a lot, too.

Wireless Headphones are Taking Over

Back in the old days, wireless headphones or any wireless peripheral was simply not good enough to match the quality and fidelity provided by their wired counterparts. However, things have changed drastically to a point that wireless technology has improved by a drastic measure. 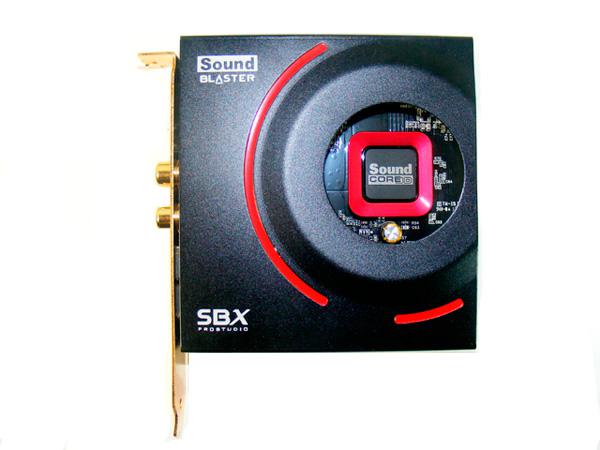 With most gamers and general users now proffering wireless technology over the wired one, there is no denying that wireless headphones are taking over. They are convenient, introduce absolutely minimal input delay, the battery life is great, and most importantly, they come with built-in audio processing technology.

This is only making people less susceptible to buying the sound cards because with wireless technology being so good in the modern day and age, it is almost unnecessary to spend the extra money on dedicated sound cards.

Another reason why the sales of sound cards are declining is that people are now going for options like external DAC/Amp combos a lot more than they are going for sound cards. Sure, these combos are certainly expensive, but the good news is that the performance they deliver is actually a lot better than some might expect, in the first place.

For starters, a Schiit Magni and Modi combo are going to be good enough to beat pretty much every single sound card available in the market. I know that people might want to invest money on something a sound card but when you are getting better overall quality from DAC/amp combos, you do not really see the reason.

Sound Cards are Not as Versatile

This actually ties into the previous point that we discussed. Simply put, sound cards are not as versatile. They were never versatile, to begin with. However, back then, the needs were not as widespread. If you are talking about internal sound cards that most people want to go with, they can only be used once they are plugged into the PCI-express slot on your motherboard.

However, when we are looking at the DAC and amp combos that are widely available in the market, you really do not need to do that. They are plug and play, most importantly, they are driver-less, and can work on pretty much any device that comes with the required ports.

Needless to say, sound cards are simply not as versatile, and that gives a lot of people the reason to stop using them and opt for something that actually serves them properly.

Everything that we have discussed so far brings us to the real question that we asked in the start. Are sound cards still relevant? Well, in short, they are not as relevant as they used to be. Still, they are being used by people in the market and while the sales are in decline, they are not being completely phased out as many people are still buying them. You could say that they are, more or less, facing almost the same situation as the optical drives available in the market

With that said, if you already have a high-end motherboard or you are planning on going with a good DAC/amp combo, then investing in a sound card simply does not make any sense.