The world is now mobile. No, I don’t mean mobile phone type mobile, I mean it’s all on the go. We’re always moving and it’s pretty much a requirement these days to be connected with the whole world wherever you go. Mobile networks are what enable us to remain connected throughout our day, wherever we may be. Mobile network technology continues to evolve and improve all the time and our current 4G technology was a great improvement over 3G when it came out in the late 2000s. 4G made mobile internet speeds up to 500 times faster than 3G and allowed support for HD TV on mobile, high-quality video calls, and fast mobile browsing. The development of 4G was a massive feat for mobile technology, especially for the evolution of smartphones and tablets. 4G is now common throughout the world, but things are about to change again. 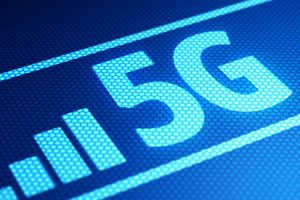 The highly anticipated fifth-generation mobile telecom technology, known as 5G, is expected to be a step-change in mobile networking — promising exponentially faster download speeds and data-sharing in real time.

How does 5G work?

5G is fundamentally different from 4G. It’s brought a new wave of technological advancements into the industry. It uses a 5G New Radio interface, along with other new technologies, that utilizes millimeter wave spectrum which enables more devices to be used within the same geographic area. It uses much higher radio frequencies than 4G does. 4G networks use frequencies below 6 GHz, but 5G uses extremely high frequencies in the 30 GHz to 300 GHz range to transfer exponentially more data over the air for faster speeds, reduced congestion, and lower latency. These high frequencies are great for a number of reasons, one of the most important being is that they support a huge capacity for fast data.

Not only are they less cluttered with existing cellular data, and so can be used in the future for increasing bandwidth demands, they’re also highly directional and can be used right next to other wireless signals without causing interference. This is very different than 4G towers that fire data in all directions, potentially wasting both energy and power to beam radio waves at locations that aren’t even requesting access to the internet.

5G also uses shorter wavelengths, which means that antennas can be much smaller than existing antennas while still providing precise directional control. Since one base station can utilize even more directional antennas, it means that 5G can support over 1,000 more devices per meter than what’s supported by 4G. Which is quite a big leap from the existing technology supported by 4G. This is an ideal case though, and realistically this will vary a lot since the shorter wavelengths are much more easily absorbed even by humidity and rain. So network providers need larger antennas around a city or smaller ones on specific buildings, and also make use of repeaters to keep the signal going. It’ll probably be a mix of all of the above to ensure reliable connectivity.

Simply put, 5G is exponentially faster than 4G. Moreover, it has reduced congestion and lower latency which enables network providers to ensure higher speeds to more devices in an area.

Since 5G isn’t widely available yet, the speeds being claimed aren’t very realistic — it’s best to think of 5G as offering a speed range and the actual speeds you get will depend on what network you’re connecting to, how busy it is, what device you’re using, and a few other factors. However, it has been tested numerous times and continually shows everyday download speeds of 100 Mbps, at a minimum. There are lots of variables that affect speed, but 4G networks often show an average of less than 10 Mbps, which makes 5G at least 10 times faster than 4G in the real world.

Just as important is the fact that 5G offers much less latency. Latency is the time it takes for data from your device to be uploaded and reach its target. It measures the time it takes for data to go from source to destination in milliseconds (ms). It’s very useful to have low latency when considering gaming and applications in which time is of importance. It has useful applications in self-driving cars and game-streaming which is something that Google Stadia is bringing up. With 4G networks, you’re looking at an average latency of around 50ms. That could drop to 1ms with 5G technology which is a huge change.

But arguably, 5G’s biggest differentiator to 4G will be as a gateway for the Internet-of-Things (IoT) to become a worldwide phenomenon. Using 5G enables the IoT to come into play which will let you connect your smartphone, wireless thermostat, video game console, smart locks, virtual reality headset, wireless security cameras, tablet, and laptop all to the same router without worrying that they’ll stop working when they’re all on at the same time.

Bandwidth concerns will no longer be ever present as they are with 4G, since 5G has a much greater allowance for bandwidth due to the higher frequency radio waves it utilizes. 4G is reaching the technical limits of how much data it can quickly transfer across blocks of spectrum, but 5G will surpass that and allow many more devices to be connected within the same geographic area. On the contrary, if you are a die-hard gamer planning to play games on a 5g network, then get a router that supports cellular data and hook your PC up with these hand-picked Lan Cables from our reviewers, as wired connections still hold the potential of making your internet browsing experience the most stable at all times.