A lot of users are suspecting the au_.exe process of being malicious after seeing the amount of system resources that it consumes in Task Manager. Users typically report a high resource usage caused by the au_.exe process when the system is busy either installing or uninstalling a particular software.

The au_.exe is often reported to get flagged by security suites such as Avast, McAfee, and Avira. However, in most cases, these cases turned to be nothing more than false positives. 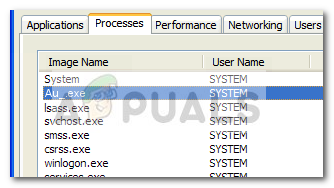 Although the executable is most likely not malicious, additional investigations should be made if you see that the AU_.exe process remains active (with high resource usage) even when the system is not installing/uninstalling a software.

In essence, what the AU_.exe does is packing a particular script into a SFX file that auto starts the script engine. Because of this, the user ends up seeing the AU_.exe process inside Task Manager while this process is occurring.

The excessive amounts of false positives related to the AU_.exe process can be traced to the rise of adware installers and the likes. Au_.exe is extremely common in adware installers, security suite developers often choose to take no chances.  Because the antivirus suites have very few means of figuring out if the script ran by AU_.exe is legitimate or not, a common practice is to flag every occurrence.

Now that you know the purpose of AU_.exe, let’s make sure that the process is indeed genuine. Since au_.exe is dynamically used by installers and uninstallers, the process will automatically be created and stored in a temporary folder (nsu.tmp). 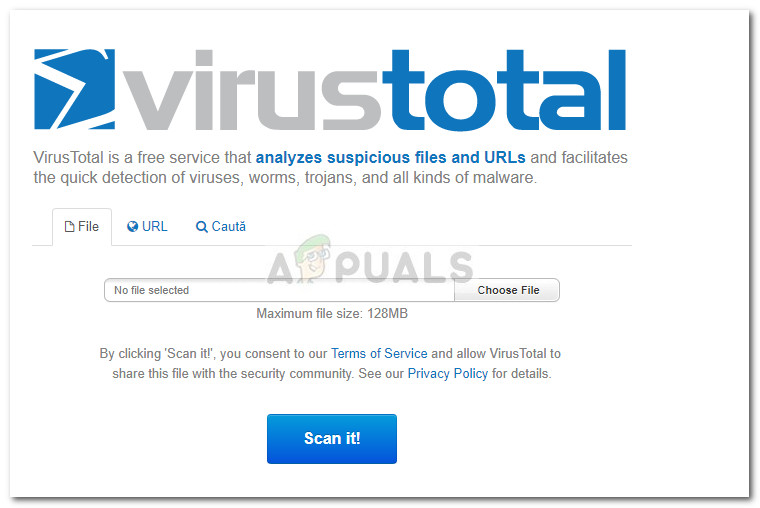 If the analysis is inconclusive, you can put the matter to rest by scanning your system with a powerful malware remove. For the best results, we recommend either Malwarebytes or Microsoft’s Security Scanner. If you want extra help in installing configuring your security scanner to specifically look for treats of this type, follow our in-depth article on installing and scanning with Malwarebytes (here).

For the most part, deleting the au_.exe process is completely unnecessary as your operating system should automatically remove it once it decides to clean up the temp folder. However, deleting the process will not have any repercussions on the way your OS operates.

Even more, every installer or uninstaller that needs to make use of the au_.exe process is perfectly capable of creating one once it’s needed.

But you can also delete the au_.exe manually by navigating to C: / Users / *YourUserName* / AppData / Local/Temp / ~nsu.tmp and deleting the process from there. You can also automate the whole process by using a system cleaner capable of removing cleaning up the temp folder (like Ccleaner or BleachBit).