Load shedding is very common in under-developed countries all around. These areas mostly include rural areas where the supply of electricity is not efficient, or those areas face voltage fluctuation problems. If load shedding is a daily basis problem and the battery of UPS dies after 2-3 hours, all appliances will be turned OFF including our WiFi-router. If we are doing some important office work, making a home assignment or talking to our friends on social sites, we would be restricted because we would not have an internet connection. Hence, keeping this problem in mind we would design a Power backup for our Wifi Router and our Smartphone. In this project, we would design a portable device that could be carried anywhere and that would be capable of charging our Wifi Router and Smartphone. Along with these devices, that power supply would be able to charge any appliance that requires 12V DC and whose current rating is 1 Ampere.

How To Make A Portable Small Power Supply Unit?

Now as we know the abstract of the project, let us move forward and gather different information to start working. We will first make a list of the components and then assemble all the components together to make a working system.

The best approach to start any project is to make a complete list of components. This is not only an intelligent way to start a project but it also saves us from many inconveniences in the middle of the project. A list of components, which are very easily available in the market, is given below:

The backbone of this project is the LiPO Battery that will provide the power to the circuit. LiPO battery is preferred in this project because of its long life and reliability. These batteries have a better current rating than other lithium battery types and are utilized in applications where weight is the most important feature that is taken into consideration while choosing the components. LiPo battery can give a backup of approximately 24 hours and even more than that. You can also charge your mobile phone up to 40% with this battery. The backup time can be calculated according to the current and voltage rating of the router. These batteries are used in media players, wireless Desktop Computer Peripherals, etc.

I have made a block diagram to understand the working principle of the circuit easily.

After understanding the Block Diagram we will move towards the working principle of the circuit. The working principle of the circuit is very simple. The USB cable is used to draw the Power from the mains and it would be responsible for charging the LiPo Battery and it would also turn ON the router. When the load shedding occurs the LiPo battery would be able to operate the Router. It can be observed in the Block Diagram that the TP4056 charging module is connected to the LiPo battery and the output of the module is connected to the two boost converter modules. The first one is connected to the +12V Port of the router and the second one is connected to the socket of 5V for charging the Smartphone. We would set the Output Voltage of the Boost Converter Module by placing the Potentiometer on the PCB Board. We will rotate the knob of the potentiometer until it is set to 12V. You can adjust the voltage according to your router rating. The output from the boost converter would be connected to the DC jack through a Rocker push button.

After understanding the working principle we will move on towards assembling the hardware components.

1. Making Some Alterations In The TP4056 Module.

4. Wiring The Jack And The Switch And Setting The Power Adapter

Solder two wires to the terminals of Rocker Push Button and the DC Jack. There are two legs of DC Jack and the smaller one represents the positive side. The larger one represents the negative side. Insert the components into a plastic casing and then connect the push button and Jack to the Boost Converter Module. Have a look at the router and check which size of Jack would be needed. The router would have all the specifications mentioned and you could easily decide whether which Jack needs to be connected. Look for the polarity on the router. In my case, the size of DC Jack is 5.5×2.1mm and the tip of polarity is positive.

Now, I will take two male DC Jacks and solder the tip of the positive jack to the smaller leg terminal and the negative tip to the larger leg of the terminal. Apply the hot glue on the terminals so that the wires may not detach from the terminals.

We will assemble all of the components into the plastic casing and then insert the lipo battery into the holder. Handle the battery with great care because if you have connected the wronger polarity terminals, the battery could die forever. Now, we have assembled the hardware and all that needs to be done is testing. Before testing grabs a digital multi-meter and check the voltage of the battery, it should indicate 12V.

Connect the device to the Lipo Battery Charger. Observe the two LEDs that are placed outside of the device. The RED LED indicates that the Lipo battery is in charging mode and when the battery is fully charged, Red LED turns OFF and the Green LED is turned ON. Now connect the wire that was altered before to the router and the Power Backup device that is designed by us. You will observe that the router is turned ON. We will check whether our USB port is working properly or not by connecting our mobile phone to that port. It would be observed that the mobile has gone into the charging mode.

That was all for today, Hope you would have enjoyed reading this article and after making your own backup for the router at home don’t forget to share your experience! 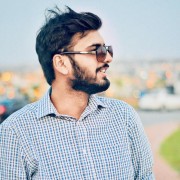 How To Make A Power Backup For Your Wifi Router?