There are a ton of camera apps available for Android devices, and they tend to fall into one of two categories. The first category being for serious photography enthusiasts. Those apps will offer a lot of manual controls, such as manual ISO, focus, exposure, and other settings that allow veteran photographers to tweak their final shots. The second category is for casual users – people who just take selfies, apply beauty-enhancing presets and silly social-media stickers.

Whichever category you fall into, we’ve compiled a list of the best Android photo apps in 2020. As a bonus, we’re also highlighting some of the best gallery apps, for organizing your photos.

Google’s camera app native to their Nexus and Pixel devices has long been heralded as one of the best camera apps. Its proprietary software takes absolutely amazing shots, taking full advantage of the HDR+, AI processing, and numerous other features in the app. 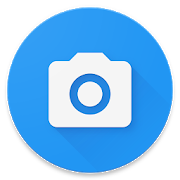 As the app’s name suggests, Open Camera is an open-source camera app, which means it is entirely free. The official version has a ton of features for both beginner and veteran photographers. Open Camera can unlock several photography settings that may have been hidden or disabled in your phone’s stock photography app, and if your device supports Camera2API, even more settings are enabled (such as RAW capture).

For the camera aficionados, Open Camera offers full manual control over your ISO, exposure, and focus settings. It also has HDR and HDR Lite modes, burst shooting, and can save images in either JPEG or PNG format (RAW captures are saved as DNG). Honestly there are too many features to list, just know that it is one of the most powerful camera apps for Android. 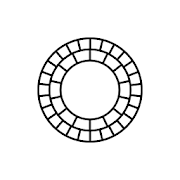 VSCO is a great camera app that includes a ton of tools and presets. It is basically a photography and image editing app in one. It offers all of the basic and advanced camera controls you would expect in a serious camera app, while offering a huge range of post-processing effects you can apply to your images. The editing features go way beyond simple crop and contrast settings, allowing you to experiment with shadows, skin tones, and much more.

The free version of VSCO comes with a handful of presets you can experiment with, but more can be purchased through the app. If you want to unlock all of the available features and presets, you can subscribe to an annual VSCO X membership, currently $19.99 per year. 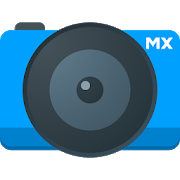 As a photography app as well as image and video editor, Camera MX focuses more on the beauty-enhancing aspects. It is better for casual users who just want to take pretty pictures and selfies, compared to the more advanced camera apps like Open Camera. Camera MX does offer all the basic manual controls you’d expect in a camera app, but the overall focus of the app is presets and filters.

While Camera MX is a free app, many of the presets and filters are locked behind a paywall, around $0.99 – $1.99 per item. One bonus of Camera MX is that the presets and filters can be viewed “live”, which means previewing the filters while you’re taking a photo, instead of applying them afterwards. Overall, Camera MX may not be for serious photography enthusiasts, but it’s a great app for people who want enhanced selfies for social media.

Camera 360 used to be one of the leading-apps for serious photographers, but the developers changed their direction. Now, Camera 360 is primarily focused on beauty-enhancing filters, social-media stickers, and numerous other social / casual aspects. It offers a huge library of filters, effects, and stickers, so the core audience for Camera 360 is typically teenagers with social media accounts. Similar camera apps include B612, BeautyPlus, and Candy Camera.

Compared to other camera apps, Camera 360 can feel a bit bloated – both in app size, and interface. It packs so many filters, stickers, and numerous ways to edit your photos, the total app size weighs in over 150MB once installed. It can also be a bit laggy. However, If silly selfie stickers and presets are your thing, Camera 360 offers the most of all the various similar camera apps.

This camera app comes with a paid and trial version. With Snap Camera HDR you get the DSLR kind of dial at the bottom right corner of your app. To toggle different modes like HDR, Macro, or any other, you just need to rotate the circle. It gives you a really professional camera feel.

Apart from the UI, another great feature is that Snap Camera HDR offers you a completely manual control. That’s how you can fully exploit your camera capabilities. For the video department, you got options to configure the video resolution, time lapse configurations, slow motion speed and much more. This is the kind of app that you need to use, to find out how great it is. 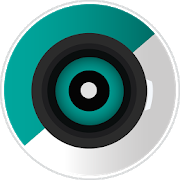 Footej Camera is a relatively new app on the Play Store but allows you to save RAW image files directly from your phone. Some phones like Galaxy S8 for example, provide this feature in their stock camera app. However, for the rest of the devices, this is an excellent opportunity to improve the effectiveness of the camera sensor. Another cool feature of this app is that it displays the shutter speed and the ISO at the viewfinder.

You can also quickly configure the exposure compensation and white balance. That means that you can set a lot before you take the shot. And If you know what you’re doing, you can snap some professional images from this app.

If you are in love with the black and white photography, this camera app is the best choice for you. Hypocam is a specialized app for shooting monochrome images, and the whole interface is designed in black and white. Nowadays, almost every camera app on the market has dedicated black and white filter, but Hypocam allows you to capture the actual essence of the objects.

This app offers you and unique editing tools created exclusively for capturing the most realistic black and white pictures. Additionally, you have a broad range of presets you can choose from.

Camera FV-5 is a great app for anyone who wants to experience a full manual control over the camera sensor. It has an easy-to-use interface and puts all the features right on the front, not hiding them into endless menus.

The features of this app include a variety of focus modes, ISO and shutter speed adjustments as well as different exposure levels. There are free and paid versions of the app, and if you want to experience the full control, you should get the paid one.

All the apps mentioned above are great on their own way. It is up to you to choose which one fits your photography needs the best. Pick your favorite and take some remarkable photos out there.

As an alternative photo gallery app for your Android device, QuickPic not only nails all the basics, it offers a lot of highly useful additional features. It has a liquid-smooth UI, loading all your folders and photos extremely quickly. With a tap of the “Settings” button, you can easily create new folders, merge existing folders, transfer photos between folders, hide folders you don’t want to see, and more. You can even password lock folders, for extra privacy.

Furthermore, QuickPic supports multiple online cloud storages, including Picasa, Google Drive, DropBox, Flickr, 500px, and more. You can also toggle auto-backup to your cloud account. Another great feature of QuickPic is its built-in image editor, and its support for a huge range of image and video formats.

Note: A handful of gallery apps using the “QuickPic” name have sprung up on Google Play, most of them are fake apps filled with ads. Use our direct link to the real app.

Piktures is another great gallery app with an intuitive, slide-based interface. To view all of your folders, you simply slide right from the main screen. Slide right again to access your cloud storage accounts. You can launch your camera apps from inside Piktures, and set multiple camera apps. You can also add your image editing apps to Piktures. Basically, Piktures tries to incorporate all of your photography and editing apps into the Piktures interface.

Piktures also comes with a QR scanner, which is something not commonly found in gallery apps. Additional features include Chromecast support, sharing photos and videos to your social media accounts, and a useful calendar view (assuming your photos are timestamped). Piktures comes in free and premium versions, though the premium version is really more for people with multiple cloud storage accounts – the free version should suit most users just fine, since it is also ad-free.

For a fancy, modern photo gallery app, F-Stop Gallery offers a sleek interface with a ton of features. It is fully optimized for Android 8.0+, using an efficient material design. You can sort your images through drag and drop, or search your entire gallery using metadata tags. If your photos are GPS-stamped, you can also view your photos on Google Maps, with your photos appearing as “pinpoints” on the map.

F-Stop Gallery comes with extra themes to customize your gallery appearance, and you can also customize the gallery views. For privacy-minded people, you can lock your image folders behind a password. There’s really too many features to list here, so just check out the app’s Google Play page if you’re interested so far.