Honda has been quite proactive in complying with EV regulations. After the commercial success of the Honda E, a small hatchback town car equipped with 160 miles range, the company has set special EV policies aimed at taking a bigger share of the EV market that is currently dominated by Tesla.

Honda unveiled its 2030 policy earlier in the year. The popular car manufacturer better known for its 4-cylinder engine civics is set to transition to 30 fully EV models by 2030. EVs will encompass two-thirds of the total models in Honda’s lineup.

In a talk with Financial times, Sony Honda mobility head Izumi Kawanishi expressed remarks to incorporate Sony’s entertainment services into the cars, “Sony has content, services, and entertainment technologies that move people. We are adapting these assets to mobility, and this is our strength against Tesla.”

Tesla has been the pioneer in introducing car entertainment services into their Model S, Model X and Model 3 vehicles. With Over-the-Air (OTA) updates, TESLA has added games that drivers can play when the vehicle is stationary.

PS5 has an extensive game library with a devoted following. Using the PS5’s resources Sony Honda mobility team is hoping for a breakthrough in the EV consumer market.

As reported by TheGamer, when inquired by Financial Times from Kawanishi, the previous head behind Sony’s AI Robotics division. He expressed that such change was “technically possible”.

The Sony Honda mobility team plans to release its first EV in the North American market by 2025. The ambitious release date could go as planned. Honda has already completed its first L3 Autonomy pilot project with the Lexus Legend car. The self-driving car was issued compliance by Japan’s Ministry of Land, Infrastructure, Transport, and Tourism in November 2020 for autonomous driving. 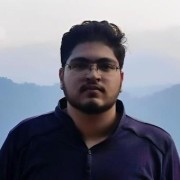