If you are fed up with paying an excessive amount for cable each month, you can cut the cord and save a significant chunk o’ cash by subscribing to Philo TV in 2022. This live TV streaming service is ideal for those looking for the best value proposition.

More than 70 live channels are available for around $25 per month. Channels like Comedy Central, Discovery, Food Network, Nickelodeon, and many more can be found in Philo’s selection. This service is great for economical streamers because it costs less than half as much per month as its competitors, such as YouTube TV and Hulu + Live TV.

That being said, live news and sports channels are missing from Philo. So let’s take a look at how this new streaming service is shaping up to be one of the best options in the market.

What Channels Does Philo Offer?

Philo’s package of over 70 channels makes it enticing for every kind of viewer, irrespective of your taste. The platform offers over 75,000 options listed on-demand, so you can stream your favorite episodes or catch an old classic whenever you need. 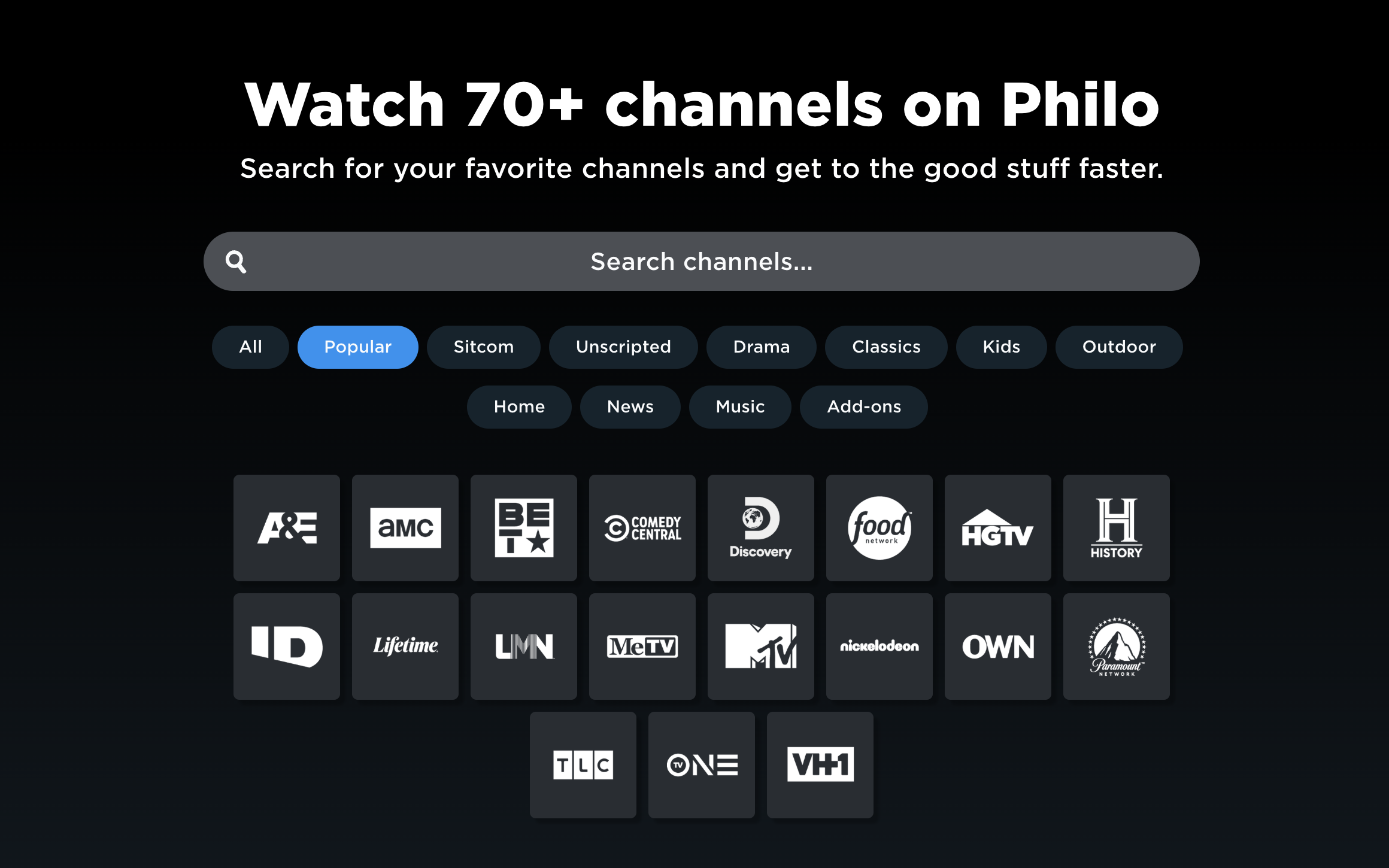 Comedy Central, A&E, Nicktoons, History Channel, Bloomberg TV, and many more are among the many popular channels available on Philo. The sheer choice at hand here us quite impressive, especially considering the price.

Fox, CBS, NBC, ABC, and other large networks that rely on local broadcasts to reach their audiences are noticeably absent. So, if you can’t get enough of these channels, Philo might not be your best option.

In the beginning, Philo lagged behind competing services in terms of device support. The only way to enjoy the service on a television set until recently required a Roku TV or one of the Roku streaming boxes or streaming sticks.

Fortunately, that is no longer the case, and you can now stream Philo on your Apple TV, Android TV, or any Fire TV device. Chromecast and Samsung TV apps are supported, although users will require a fairly recent device (within the previous two years) to take advantage of this feature.

There is a mobile app for both iPhone and Android, but game consoles like the Xbox and PlayStation are not supported with native apps.

How is Philo TV Better than its Competitors?

Philo has only recently begun offering its services; previously, it was only been available as an on-campus TV provider at certain universities/colleges. At only $25 monthly, it’s affordable for those who value entertainment above sports but don’t want to overpay for outdated tech, aka cable.

Part of the reason why Philo is so affordable is the exclusion of news channels, but more importantly, sports. By sticking to only shows and movies and avoiding lengthy contracts, they are able to get the costs down, which translates into a better deal for the end-user.

As time passed, Philo eventually introduced an enhanced version of its service for an extra $4 monthly, adding 9 further channels along with the standard 30-day cloud DVR and simultaneous HD streaming on three devices. There is no limit to DVR recording and you can keep it for one whole year. Following is a comparison of Philo TV and two of its major competitors.

Compared to YouTube TV, Philo is less expensive but has a smaller channel selection. Philo provides access to 70+ for $25 per month. YouTube TV’s regular package, which includes more than 85 channels, costs more than twice as much per month at $64.99. 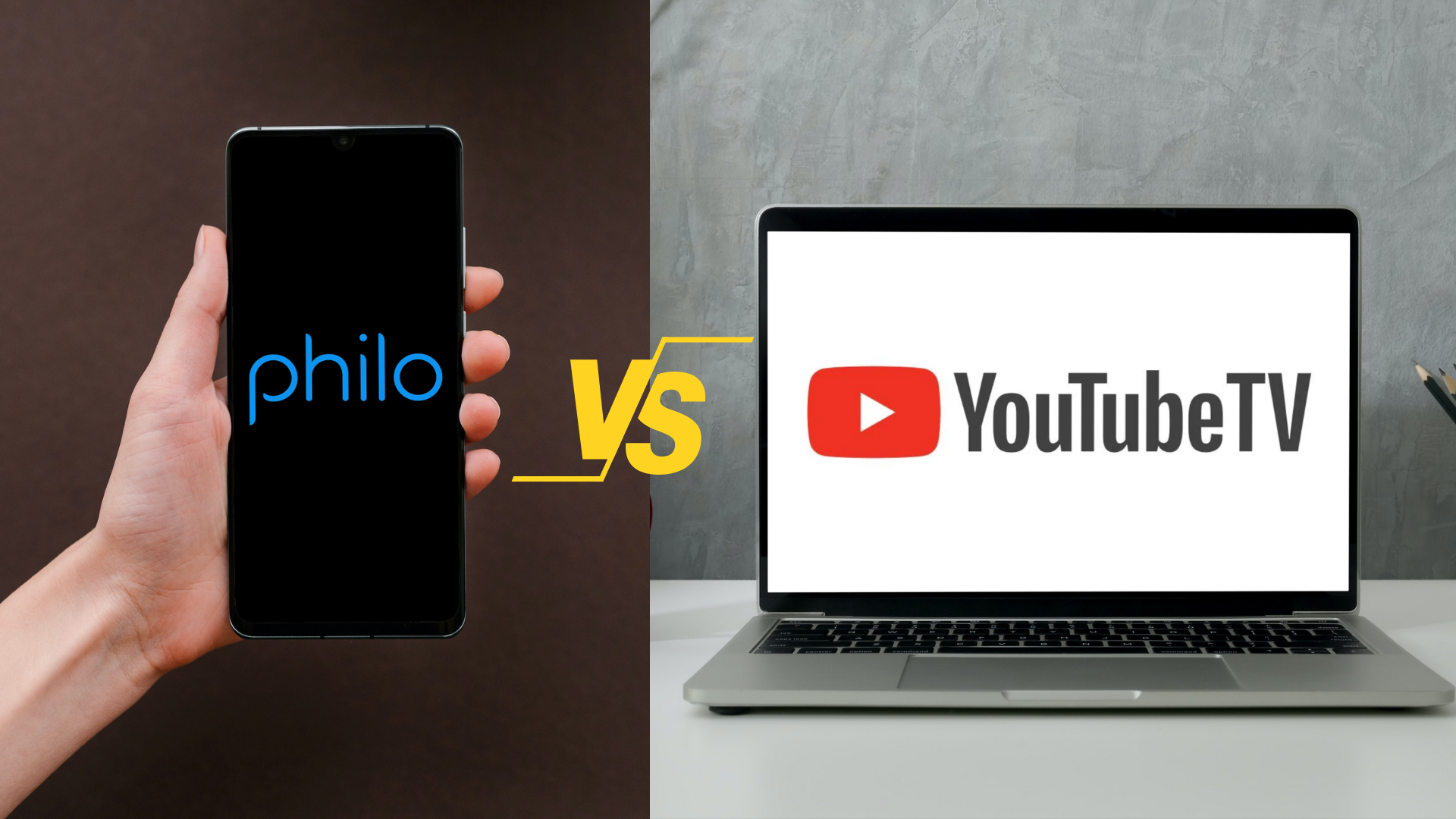 Local stations and sports networks are unavailable on Philo, and neither are national networks such as ESPN or NFL Network. YouTube TV, on the other hand, does offer all of that and it’s a more household name. If sports and news is something you don’t care about, Philo could be the right choice to save a few bucks.

Sling’s Blue + Orange bundle, which includes everything from both tiers, costs $50 per month, twice as much as Philo’s basic plan but with slightly fewer channels. Fox and NBC stations are available on Blue, whereas Orange offers Disney and ESPN. You can add premium channels to either service for the same price.

Is Philo TV worth the price?

Philo provides access to many channels for a low monthly fee but does not offer a particularly extensive set of features. There is a lack of some essentials, such as news stations and sports networks. However, if you don’t care about either of those, $25 a month for over 70 channels is a good deal.

Competing cable providers like Comcast and AT&T are significantly more expensive, but you get the traditional cable experience with them. If that’s something you value, and you will already know if you do, then there’s no looking back.

Philo can maintain the price low since they have a shorter list of features than their competitors. While YouTube TV and Hulu with Live TV have many more channels and features than Philo TV, their monthly fees are also more than three times as high.

What is Philo TV? The New Streaming Service Undercutting Competitors