Often times having a PC or laptop that doesn’t have fairly high specifications can lead to a sub-par performance in a number of intensive games. You might get low frame rates and crashes if the game is demanding. A solution that users have applied for this is changing the game or program’s process’ priority to High from the Task Manager, which tells Windows that it should reserve a bigger part of its power for that process.

However, it is sometimes the case that the Task Manager doesn’t allow you to change priority. You will either get a message saying Access Denied, or the priority simply won’t change. This can either happen with all processes on your system, or with a certain process on all systems. If it’s one process having this issue on multiple systems, it is the process’ fault and there’s not much that can be done, but if all processes on your system result in the same outcome, read on to see what you can do.

NOTE: For All the Steps Below “Make Sure” You are Logged in as Admin.

Method 1: Select Show processes from all users in the Task Manager 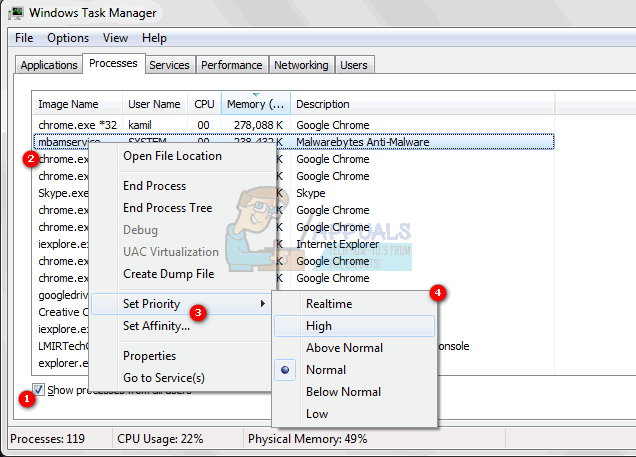 Changing the priority in the Task Manager can sometimes do more harm than good, as it may not leave enough CPU power for other processes on your system. You would be much better off if you upgrade your system to support the demanding games you’re trying to play. If, however, you still want to use your current system, use the aforementioned steps to be able to change the priority of the game you’re playing.

Method 2: Check if User Account Control is turned on

User Account Control is in place to make sure programs don’t do any damage to your system. It will give you a number of prompts at times when you’re trying to install something, or make a modification to your system, to prevent you from accidentally doing something wrong. 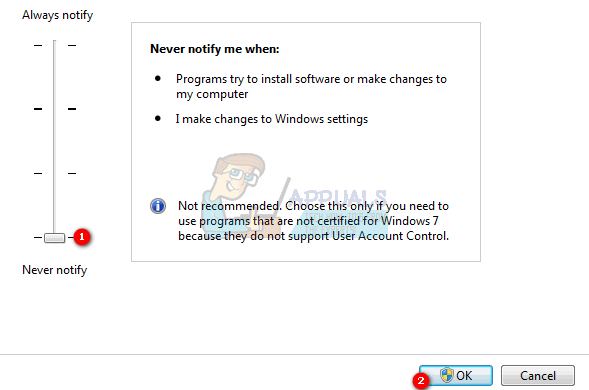 Method 3: Boot into safe mode and check if the problem reoccurs

Booting into safe mode will disable a number of Windows services and features, but it will give you a clean slate that can help you get to the root of the problem more easily.