There are a number of issues that are occurring when the users are upgrading to the latest version of desktop OS by Microsoft i.e. Windows 10.

One of those issues is related to the Microsoft Store apps which Microsoft released along with Windows 10.

Some of these apps which are causing this error are Maps, News, People, Microsoft Office Touch Preview, Photos, and Store etc.

So, whenever users open these apps, they get an error message saying This app can’t open and it asks to close the error window restricting the apps to launch.

Reasons Behind this Issue:

The major reason causing this problem in Windows 10 has been pinpointed by Microsoft and it is related to Windows Store licensing Service. According to Microsoft, Windows Store provides license to all the apps and when it is timed out or expired; Windows store cannot re-license the apps if the license already exists regardless of whether the license has expired or not. So, when you run any of the apps causing this issue, the app cannot acquire a new license at the startup and hence, it causes this error message to appear. Reinstalling the apps also doesn’t work in this regard.

Solutions to Fix this Error:

There are numerous ways to fix this issue in Windows 10. You can follow along and try out the methods listed below.

As I mentioned in the reasons causing this error message, fixing the license service might lead to a better turnaround. In order to get it done, follow the steps below.

1. All you need to do at first is to open the Notepad application by searching inside Cortana and clicking over the search results. Paste the following code inside Notepad and save the file as bat by pressing Ctrl + S keys on the keyboard.

Note: Make sure that fie extension is saved as .bat 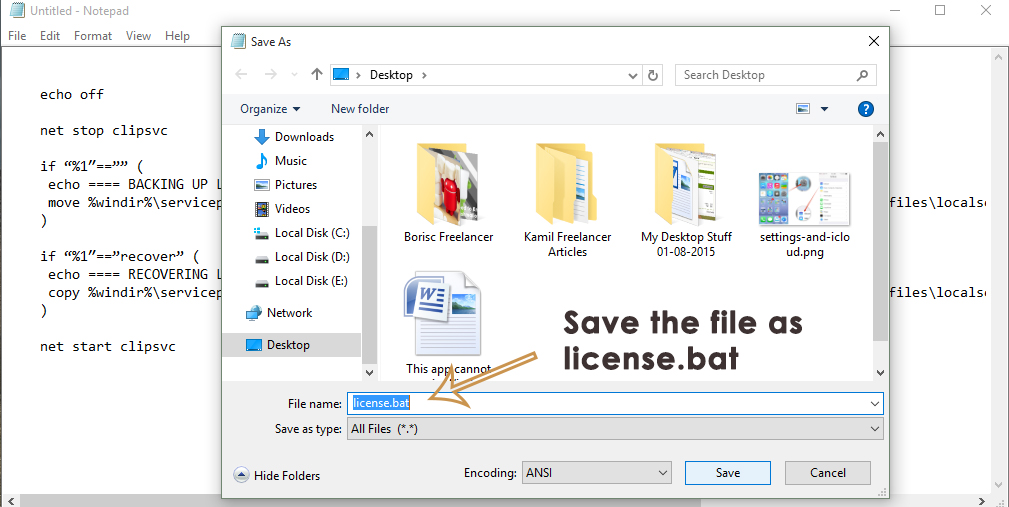 2. Execute the bat file by right clicking over it and selecting Run as administrator. During this execution, the license service will be stopped and the caches will be renamed.

3. Now, you need to uninstall the apps affected by this problem and reinstall them from the Windows Store. Launch the apps and you will see your apps fully functional.

So, these methods will definitely prove to be the ultimate solutions for your problems.