Sekiro Shadows Die Twice is an adventure single-player game loved by many users all around the world. But just like other online PC games, this is also not free from errors and issues. Many gamers complained about the “Sekiro Shadow Die Twice Freezing and random Stuttering on PC problem. As per the players while playing the game it starts freezing, crashing or stuttering every second and they are unable to play the game.

Some users experience this weird problem when they encounter huge frame drops while playing the Sekiro Shadows Die Twice. The issue is generally encountered during the gameplay or while playing the game and it is confirmed to appear on the PC. So after examining the problem completely, it is seen that there are many different reasons which trigger the problem in the game for Windows PC users. Here we have put together the complete culprits that are causing the freezing/stuttering problem with Sekiro Shadows Die Twice on PC.

As of now, you are aware of the common reasons responsible for the crashing, freezing or stuttering problem on Sekiro Shadow Die Twice game. Try the fixes given one by one to solve the problem.

Now after checking the system requirement if everything looks fine but still facing the problem then in this situation try launching the game with administrator privilege.

This will offer you the entire required permissions that allow you to run the game properly without any problem related to the permissions. To do so try running the steam with administrator rights and then launch the game. Alternatively, you can also search for the game and right-click on it to run it as an administrator.

Verify the Integrity of Game Files

Sometimes while installing the games files gets corrupted and start causing issues while running or playing the games. So, it is suggested to verify the integrity of game files in steam. This is just by scanning once detect and repair the game’s files.

As the scanning process is completed, restart your PC and check whether the issue still exists or not.

In your system, if your graphics drivers get corrupted or outdated it starts causing issues and conflicting with the system files. Also if the graphics card drivers are incompatible with the current Windows version it conflicts with the latest games and apps and stop it from running or starts freezing, crashing and stuttering in the Windows system.

So, make sure to check for the driver and update them by following the steps given:

In this situation try updating the driver from the manufacturer’s website, and see if there is any update available compatible with your system if you find the latest driver update then download and install it.

Windows 10 has a component of “Full-screen enhancement“, which permits Windows to enhance the performance and the quality of the video applications and games when launched in the full-screen mode. But this mode is having a known history of creating various gaming issues.

Low down the graphics options for your game

Many users tend to use the high graphics option in the game to get maximum performance and enhance the gameplay. So, if your graphic option is high and does not match your PC your game keeps crashing because your computer hardware does not support the graphics requirements. Therefore, it is recommended to set your PC to low graphics settings.

If lowering the graphics option for the game won’t fix the issue in your case then in this case try to play the game in the windowed mode, in place of the fullscreen mode. Also, this worked for different users to solve the problem. For doing so try starting the game by heading to the settings menu and modifying the display type or the mode to windowed mode.

Now, restart the game and check the issue is solved or not.

Stop overclocking your CPU Or Memory

Many gamers tend to overclock their CPU and GPU for maximum performance. This process speeds up the processor with a speed rating. But sometimes this process leads to a problem and affects your game performance. When you start the game on your PC at that time your game gets crashed or freeze. So, check if you overclocked your GPU or CPU, then disable these settings and reboot your system to see if the issue is resolved.

Antivirus programs like BitDefender, Avast etc. are likely to cause issues with the game files and stop the game from running flawlessly. This type of problem is generally seen with the third-party antivirus program, so in this situation, it is best to disable the real-time antivirus protection.

Well, the steps to disable the AV antivirus differs from tool to tool, but in most cases, the security program installed on your system gets disabled by right-clicking the antivirus icon and choosing the option to disable the program.

But if you are running the AV programs like BitDefender, then try accessing it through the Advanced settings and choose the option to disable the real-time Antivirus shield.

After successfully disabling the security program, reboot your system to let the changes take effect and as the system boots relaunch the game to see if the freezing or stuttering problem is fixed.

Now if after disabling the security program the issue is resolved then it is clear the problem occurs due to the antivirus program. So, in this situation try adding te

Now in this situation, the best way to solve this problem is to access the antivirus settings by establishing the exception rule with eliminated the Sekiro: Shadows Die Twice executable from the blocking and scanning process.

Well, the steps to whitelist the program differs as per the Antivirus program. So, in this case, search for the particular steps from Google or visit the particular website’s official page and follow the steps listed to add any program in the exclusion list or whitelist.

Well, this is the last resolution that is worth giving a try if still dealing with freeze or stutter problems during playing the game. sometimes while installing the latest game some of the files get corrupted or damaged and start causing problems while running or launching the game. So, this might be a reason why you are struggling with the problem in question while playing the game.

Once the game is installed relaunch it and it is estimated now the Sekiro: Shadows Die Twice crashing, freezing or stuttering problem is resolved completely. 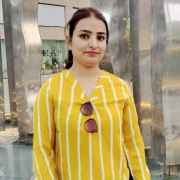 Hardeep Kaur
Hardeep is a passionate technical writer with more than 7 years of experience. She has a keen interest in PC games, Windows OS and everything surrounding it. She is a technology enthusiast and fascinated with technology since her childhood days.
Gaming
Recent Posts
Back to top button
Close