There is no denying that at the moment, two of the most prominent peripheral makers in the market happen to be Razer and Logitech. Both of them have been at the top of their game for some time and while the past was not as bright for them, their modern-day keyboards are nothing short of amazing, to say the least.

As a matter of fact, if you look at the list of best keyboards that we reviewed, you will come to realise that the list is adorned by keyboards from both sides. With that said, two of the most popular keyboards from both Razer and Logitech happen to be the Logitech G810 and the Razer Huntsman. The reason why we are naming these keyboards is that they are priced around the same range, and more importantly, they do wonders as far as the performance is concerned.

Today, however, we are going to compare both keyboards and see which one comes at the top and what just what exactly are you going to get if you pick the Huntsman or the G810. The comparison is going to be in line with other keyboard comparisons, so it is safe to say that you are already aware of what we are going to be looking at.

The keyboards will be compared in terms of their price, switches, design, build quality, and features. So, rest assured, there is plenty to go over. 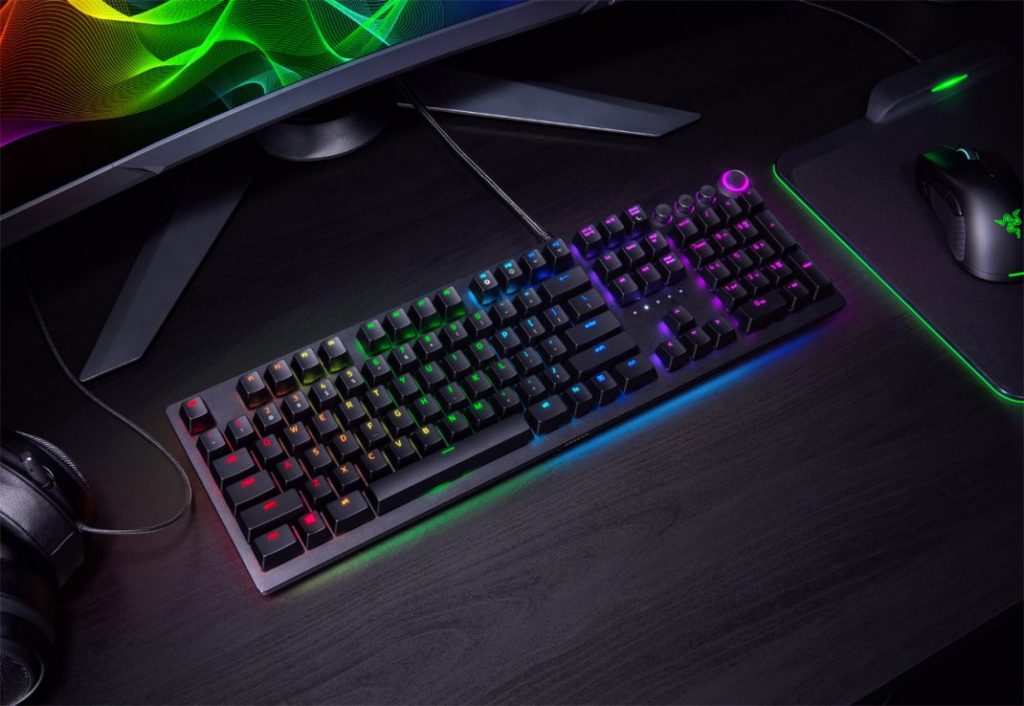 Moving to the Razer Huntsman; we all know Razer has had a pattern of pricing their keyboards higher than what most of the market does, but things have changed a lot. The Huntsman is surprisingly affordable at $136.99. We believe part of the reason for this price is the fact that Razer actually released the Huntsman Elite we reviewed a few days ago. Which is more premium and has slightly more features, so Razer wanted to make sure that there is a proper disparity between both keyboards.

As for the Logitech G810 Orion, the keyboard is surprisingly more expensive than the Huntsman. The cheapest offer we could find was priced at around $170.00. This is definitely a strange thing as both keyboards are direct competitors of each other, and the price difference makes little to no sense.

Still, at this point, guessing the winner is not that difficult, at all. Razer is certainly leading in terms of the price by being the cheaper keyboard from the bunch. 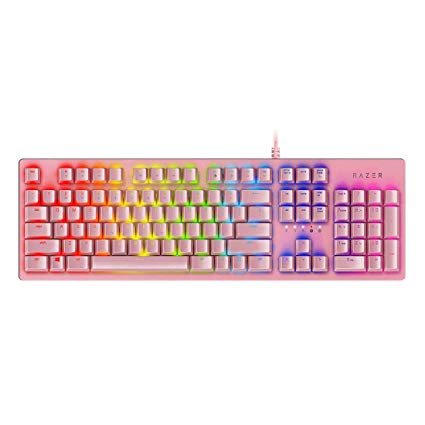 Now comes perhaps the most important part about any mechanical keyboard available in the market. The switches; now if you are looking at the Huntsman or the G810, you will realise that neither of these keyboards is using Cherry MX. Instead, Razer is using their in-house opto-mechanical switch and Logitech is using the Romer G Switches. How well do they go against each other? Let’s find out.

That being said, the reason why Razer switches are being so hyped is that they are not entirely mechanical; they are designed like one and there are moving parts, too. But at their core, the switches use a light that registers the switches. These switches actuate at 1.5mm, more importantly, it has the clicky feel of Razer Green switches but only requires the standard force of 45 grams. Which is definitely an impressive thing. However, the most impressive thing is the fact that due to the opto-mechanical nature of these switches, the rated endurance is about 100 million clicks. Which is impressive, to say the least.

On the other hand, the G810 uses Romer G switches that are used in this keyboard share similar specs; they also actuate at 1.5mm, and they have a required force of 45g. So, what is the difference? Well, the Romer G is rated at 70 million clicks as opposed to the 100 million.

However, the biggest determinant between both switches is that the Romer G are mechanical through and through whereas the Razer switches, well, they are opto-mechanical, which means that they are going to last you longer.

I still remember the days when all the keyboard had to do was to function and nothing else was a concern. However, things have changed drastically ever since, and people are now looking for keyboards that are designed according to their requirements. I am not saying it is a bad thing, I am just saying that it is something that we would have easily avoided, in the first place.

With that said, both keyboards are strikingly similar in terms of looks and that is not a bad thing, at all. As a matter of fact, we do appreciate the design language Razer and Logitech have gone with. These keyboards look so much less aggressive, and so much more subtle that you can easily mistake them for standard keyboards. But they are both very good keyboards.

The design is certainly cohesive along the way, and I think you really cannot go wrong with either of these keyboards as far as the design is concerned. 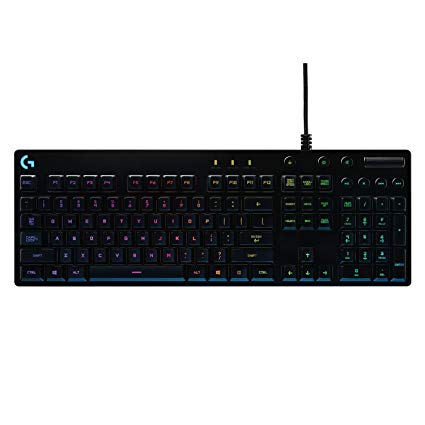 If I am buying a new keyboard, I want the build quality to be up to the mark simply because I cannot fathom the idea of having something that is not good enough in terms of the overall build quality. It is just not something I can come to terms with.

The good news here is that in terms of build quality, both keyboards are pretty great when it comes to providing an excellent experience. I can assure you that you will not have to worry about thigs going out of the way, or the quality not being up to the par. The quality is going to be stellar through and through. The keyboards have little to no flex, and that is great because it allows a great overall experience.

Overall, I have to say that I am really pleased with how these keyboards are in terms of the build quality. It is definitely up to my expectations.

The last thing that we are going to be looking at is going to be the features. The feature set on a proper gaming keyboard is something that we all want and look for. The simplest reason behind that is that if you do not get enough features, you will not be able to have the best possible experience, and that will obviously result in some negative remarks from the users. Whether you are talking about gaming or typing.

As far as the feature set is concerned, things are pretty basic here; both keyboards support macro and both of their respective software solutions that you can use to program the keyboard. In short, both keyboards are a lot similar. However, the one thing that gets the G810 edge over the Huntsman is the fact that the Huntsman does not have dedicated media keys and volume control whereas the G810 does.

Based on a single determinant, the G810 is definitely the better alternative, and I can assure you, that it is also a better keyboard in this factor. 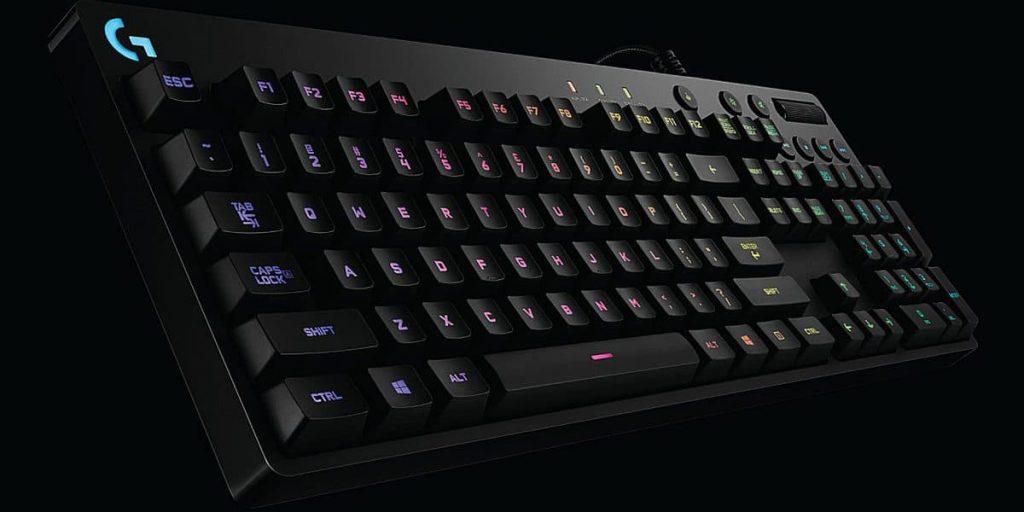 I have to be honest here, comparing both of these keyboards was not easy due to the striking similarities that make it really difficult for us to compare the keyboards. Rest assured, the one thing that I can tell you about these products is that they are a lot more similar than you thought and in a good way, as well. You will not have to worry about anything going out of the way if you go with either of the keyboards.

However, if you are looking for the definitive winner here; our pick is the Razer Huntsman for the simplest reason that it does happen to be a top of the line keyboard and will give you a great experience regardless of what you are looking to go for.