If you have been in the PC gaming scene for some time, it is safe to say that you are aware of the fact that both Corsair and Razer are companies known for giving each other a tough time over the past couple of years. There is no denying that both companies are amazing with some impressive range of products under their hood.

Another interesting thing is that every now and then, they release products that are somewhat similar, and are competing on almost every single front. This is certainly a good thing because healthy competition is something that this market needs really, really badly.

With that in mind, today, we are comparing the Razer Huntsman we reviewed recently, against the Corsair K70 MK II; both middle of the line keyboards from the companies, but at the same time, really, really popular, as well. That being said, the good news is that if you are looking for something that gives you great gaming and typing experience in general.

Now that we have enough information, we can start comparing. Again, the comparison is entirely subjective; so it is better to keep that in mind before you go ahead and start reading more. 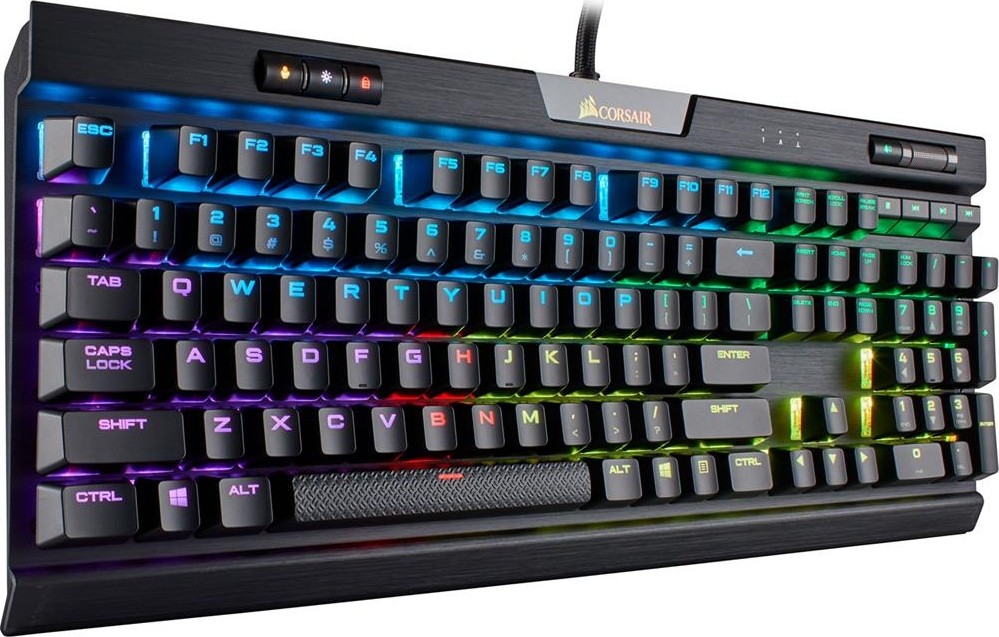 Mechanical keyboards used to be super expensive at one point mainly because there was a proper monopoly found in the place. However, things have settled down quite a lot and the modern-day mechanical keyboards are a lot more accessible to the general public.

That being said, the Razer Huntsman is priced at $149.99. This is actually a great price for something that is packed with some pretty good specs. Granted, there is a more expensive Huntsman Elite available in the market, as well, but the distance is so minimum that you really do not have to worry about a lot going wrong in the first place.

Corsair, on the other hand, has priced the K70 MK II at $159.99. However, I would tell you that you can easily find these keyboards in great prices and there is no denying that.

Razer peripherals used to be infamous for being expensive, however, the thing is that the company has made a lot of changes in their practices, and good ones, too. So, that being said, the Razer Huntsman is definitely the better keyboard as far as the price is concerned. 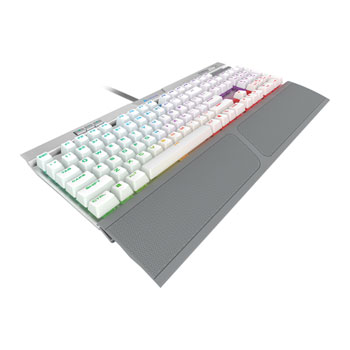 Considering how both keyboards are mechanical, we thought it would be a good idea to compare the switches as well. This is important because the more you know about what switch you are getting into, the better it is going to be.

To start with Razer, it uses the proprietary opto-mechanical switches that Razer has designed. They are tactile and audible with an actuation point of 1.5mm and an actuation force of 45 grams. These switches are certainly faster and lighter despite being able to imitate the feel and sound of Cherry MX Blue switches. Additionally, these switches require light to touch the contact so they can register, which is why they are optical switches and have moving parts, too. Another important thing to note about these switches is that they are rated at an impressive 100 million lifecycle which is impressive, to say the least.

On the other hand, we have the Cherry MX switches on the K70 MK II. The switches are definitely nice and the best part about this keyboard is that it is one of the few Corsair keyboards that are available in almost all the Cherry MX switch types, which is an impressive feat. However, we do have to point it out that these switches are not optical at all. They use the same mechanism that they have been using since they were released in the market, so that is certainly one of the most important factors to keep in mind when going for these switches.

Cherry used to be the gold standard in the market with the finest switches available but Razer’s new opto-mechanical switches that are developed in-house are certainly better than Cherry MX. I know it might sound like an exaggeration but Razer has truly outdone everyone in the market.

Now when you are looking at the design, this is certainly one of those things that is very subjective. Still, the good news is that companies are fully aware of the fact that people want to have good designs and they want to make sure that they are providing them for consumers.

Both Razer and Corsair have a very good design language with the Huntsman and K70 MK II respectively. The design is cohesive and has a nice feel to it. However, the Razer Huntsman looks so much more understated here, which is one of the weirdest things I have had the chance to say because you are looking at a Razer keyboard, they are known for being flashy.

Thankfully, both keyboards have solid designs and we cannot really wish for more as far as the design is concerned. You cannot really complain at the price these keyboards are available for.

I will be honest here. There is absolutely no need to build a keyboard like a tank because no one really asks for that. However, a keyboard should be strong enough to withhold the overall use case, so you do not have to worry about much that might come in the way. With that said, the good news here is that both keyboards are pretty solid.

Both the Razer Huntsman and the Corsair K70 MK II have an aluminium top plate, and a base made out of solid and sturdy plastic. There is little to no flex, and the keyboards can withstand years of use as far as a common consumer is concerned.

If you are looking for something that is sturdy and will last you for years, definitely look at these keyboards. 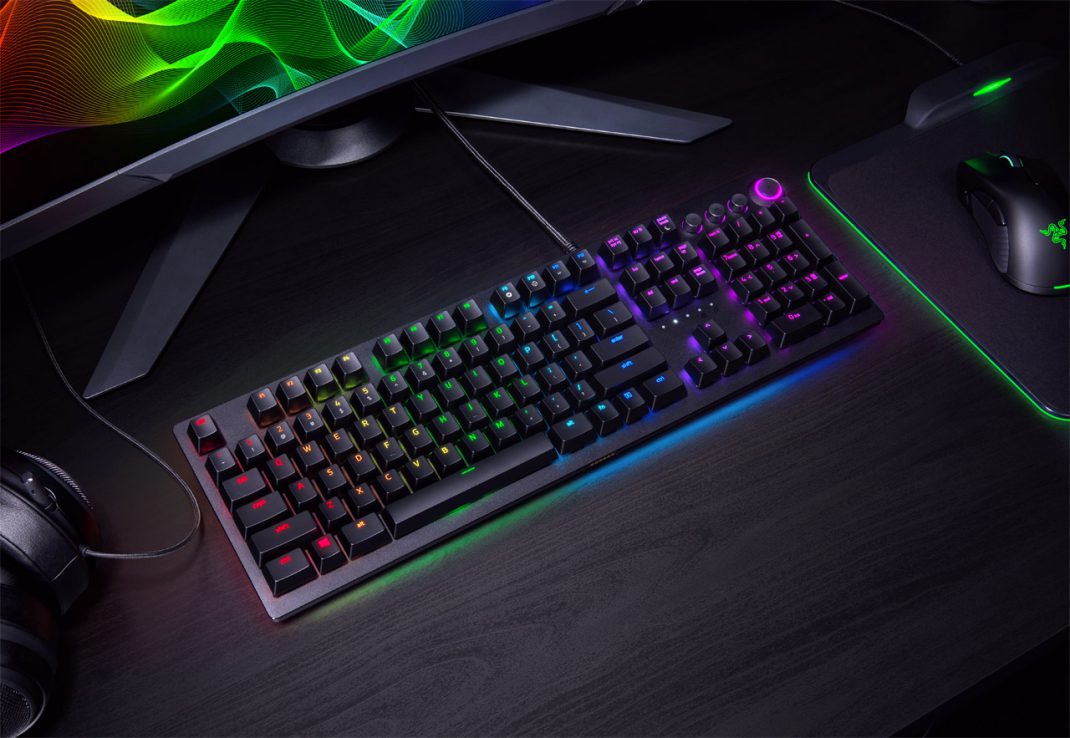 We are heading close to the conclusion and it is time that we start looking at the features. Both keyboards are pretty good when it comes to features, and that is one thing that we are not going to be taking away from either of them.

Here is the thing; all the features that the Razer Huntsman has are already present in the Corsair K70 MK II; both keyboards even have similar features that make them comparable to each other in almost every aspect. However, the one thing that the K70 MK II does have and the Huntsman does not are the dedicated media keys; this includes the play/pause button as well as the volume wheel. While this might not be an issue for many people, this can be a problematic thing for some.

So, if you are looking for some good features, we can assure you that Razer Hunstman is slightly behind the Corsair K70 MK II. But that is not by a great margin.

Before I give you my final answer, I have to say that both keyboards are great, they trade blows with each other and are very close to each other, in terms of performance. However, the fact that Razer has some nice tricks up its sleeves like the fancy and very impressive opto-mechanical switches, we have to pick Razer Huntsman as the winner of this comparison.