A few days ago my friend sent me a link to a website that is was selling Windows 10 key for a lot cheap. How cheap? Let’s say that the price disparity between both was in triple digits, and while it may not sound a lot, when you are talking about a software key, it can make many people opt for pirating the software.

If you have just built a new PC and you are looking for a new Windows key to buy, you will often come across two options. You can either go for OEM keys or much more expensive retail keys. Sometimes, the price disparity between both keys is so massive that it leads people to wonder whether going for OEM gives is a good idea or are they even legal to buy. 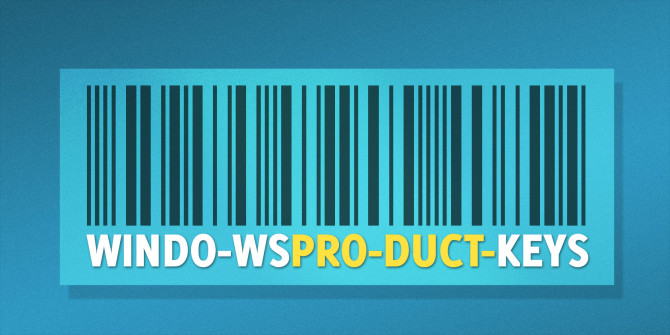 Also keep one thing in your mind, whenever you are purchasing a laptop from a wholesaler, make sure to check if it comes with an OS license, we faced this issue when we were reviewing the Asus Q325UA, we had to purchase a license for it in order to install windows on it. Usually due to the nature of wholesale, sometimes they have new laptops without windows licensing, make sure to check this out beforehand!

So, keeping your founding, and our knowledge in mind, we have decided to talk about the difference between OEM versions of keys, and retail versions, and which one you should buy. This is an important discussion since many people end up in confusion as to what they should settle with.

We are breaking it down for you so you can have an easier experience making the right decision.

What is an OEM Windows License?

For those who are unaware, OEM stands for Original Equipment Manufacturer, this is a term that is used to refer to the companies that build computers, at least in this case. Whenever you are buying a prebuilt system, chances are that the manufacturer has preloaded a copy of Windows on that computer, too. So you can get home, turn up your computer, and use it right away. The keys are provided to them and other OEMs in bulk by Microsoft, of course. 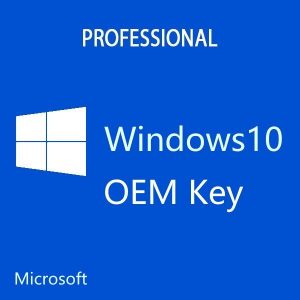 However, there are chances that some of these keys, and we are talking a lot of them, ending up on third-party websites like Amazon, eBay, and Kinguin. Once they do, the same keys can be bought for really cheap and activated on your PCs.

This is one of the most common practices among gamers who prefer building their own PCs, or those who buy a second-hand computer only to realize that there are no Windows installed on it.

If you are wondering about the legitimacy of these Windows or keys, they are legal and original almost all the times.

Is OEM any Different From Retail Version of Windows?

Remember the friend I was talking about? She had this question in mind, along with another one that we will discuss. Is there a way in which the OEM key is different from the retail version? Well, yes, and no.

You see, the thing is that when it comes to Windows, you will not see most people buying Windows in the first place. They will buy a computer which will come preinstalled with Windows and the rest will be history.

However, if you are like me and you prefer building your own computers, you are going to be needing these keys. Now the retail keys are available in two options; you could go to the nearest store and buy a boxed copy, or you could head over to Microsoft’s website and buy the key for yourself. Now the issue here is that these retail versions do not come for cheap. As a matter of fact, the retail version of Windows 10 costs upwards of $100. Which is a lot for just an OS. Whereas you opt for an OEM 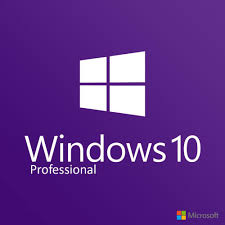 In theory and practicality, both the OEM and retail versions are the same. They will have the same features, same updates, and everything else that comes with the Windows. However, there are going to be some differences that could either be major or minor based on how you look at them.

You see, if you buy a retail Windows key, and you run into an issue with it, you will be connected straight to Microsoft support and they will sort out any issue that you have. However, when you run into a similar issue with an OEM copy, the Microsoft support will tell you to get in touch with the manufacturer of the PC, which will not be viable since you are the one who put the PC together.

As far as the flexibility is concerned, with the retail key, you can use it again and again on more than one machine, albeit not at the same time. However, with the OEM key, you won’t be able to do that since as soon as you activate the OEM key, it will be tied to your components. Which means that if you swap out the motherboard, you will probably need to buy a new key.

Should I Go for an OEM Key?

If you are wondering whether you should go for OEM key or not because you are afraid that it might be illegal. The short answer is that you should definitely go with these keys. There is nothing illegal about buying the keys.

Sure, you will have to be your own tech support, and you will probably need to buy a new key if you change some major component but other than that, there is no issue whatsoever that you might run into whenever you are using an OEM key.

The one thing we would advise you is that you should always look at the seller ratings, and read the description of the post before buying. There some sellers selling less than authentic keys that could really sabotage your experience.