Bash has been released to the public on the Windows 10 Insider Preview Build 14316 and it is just being installed on my VM. This update brings in a tons of new features to Windows 10 especially the Bash that has become a serious buzz among professionals wanting to try it out. In order to install this update and make use of the Bash follow the steps below. It will further be pushed to Windows 10’s with the much speculated anniversary update.

Click the Start Menu located on the lower left corner and choose Settings. Go to the Update & Security tab, choose For Developers and put a check on the Developer Mode.

Once done, reboot your system. After it has been rebooted, Hold the Windows Key and Press X. Choose Command Prompt (Admin) and type powershell in it. Once the powershell prompt appears, type bash and hit the return key.

Accept the license by keying in y and press the enter key again. powershell will begin downloading bash from the Windows Store.Once it has finished downloading, it will take you to the bash prompt as (root). 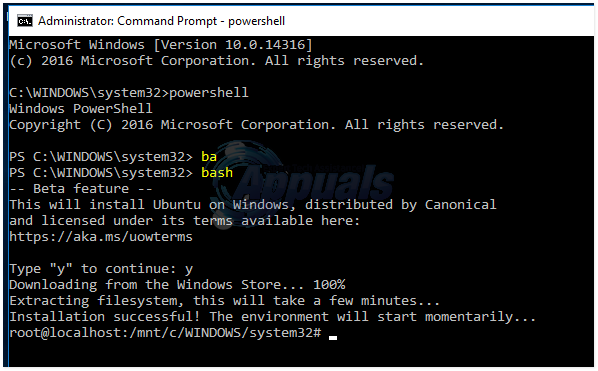 You can also access bash by clicking the Start Menu (button) and tap/click Bash on Ubuntu on Windows. 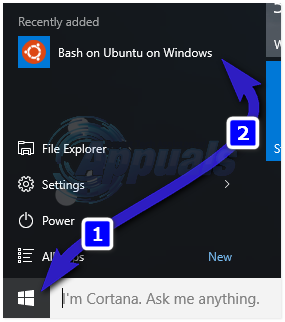 Following are the issues i experienced on my little use of the bash shell on windows.

2) It had DNS issues which prevented the shell to resolve names. It did not even respond to the IP address.

To update resolv.conf do;

add the following two lines to the conf file.

Hit the CTRL + X key and choose Y to save the resolv.conf file.