Android audiophiles are always looking for new and improved ways to get the best listening experience from their devices, and we’re going to show you an awesome audio mod that is compatible with a ton of others.

We’re talking about Ainur Audio’s SAURON MK II, and it’s not your typical sound mod – it doesn’t have a GUI or interface to configure its “effects” – all it does is install highly optimized soundFX library files to your system, to get the best performance and audio quality possible out of what your internal hardware can do. Its been highly optimized for a wide variety of device architectures, kernels, and both internal + external DACs. 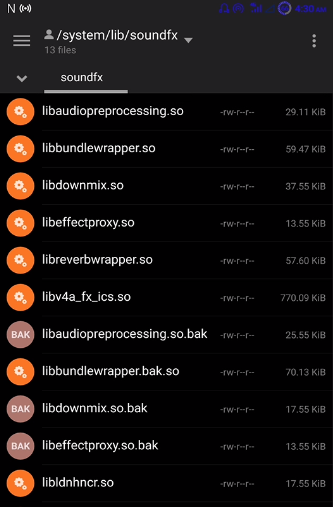 Sauron MK II is not an equalizer, DSP effect, audio player, it is nothing like Viper4Android or A.R.I.S.E or anything in that category. It is an entire soundFX library modification for Android, not a third-party processing engine. Thus, it is entirely compatible with third-party engines like Viper4Android and etc. (your results may vary depending on device, ROM, kernel, etc).

It uses almost zero CPU resources, because it is not post-processing any of your audio, Sauron MK II is simply a whole new set of tweaked / enhanced soundFX files, and some other goodies. Pardon the long explanation, I just really want you to know what Sauron MK II is and isn’t before you try it. So, TLDR: It does not have an interface or buttons to push. You can config a useroptions file, if you feel like an “advanced” Android user. It is compatible with Viper4Android or other sound engines, but some of them might require patches.

And, just on a personal note, I wouldn’t recommend installing something without having personally trying it for myself – and Sauron MK II doesn’t blow me out of the water with sound enhancement, but things do certainly sound a bit clearer, and I am playing lossless FLAC files through a pair of 1More Triple Driver IEMs and my device’s native internal DAC (16/44kHz). I also tested it with and without Viper4Android turned on, and I’m personally satisfied with what Sauron MK II does.

Q: How do I know if Sauron MK II is “working”?
A: Your ears will tell you, I guess. This isn’t something you can enable/disable like an equalizer, it is a complete SoundFX library modification with other goodies – you could spectrum analyze a music file’s output from your device before and after flashing this mod, to see what kind of difference it makes on a frequency level.

Q: What other sound mods / post-processing apps work with AML?
A: These are all confirmed to be compatible with AML, and most of them should have Magisk Modules or flashable .zips available.