Microsoft integrated its latest online cloud service called OneDrive in Windows 8 and it still continues in Windows 10. OneDrive helps to store files inside your Microsoft Account that can be pulled anywhere whether you are accessing them with computer, tablet or smartphone.

While trying to open photos in OneDrive’s pictures folder, a strange error i.e. photos won’t pull up, has been experienced by some users along with a conventional Windows error 0x80270113. This error clearly dictates that certain photos can’t be pulled from OneDrive. However, other files present inside the OneDrive folders are easily accessible. 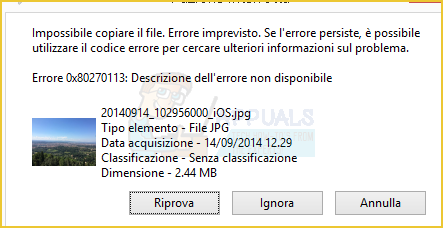 As OneDrive is able to save and retrieve user’s data inside Microsoft Account, problems can arise while synchronizing with the server. One the other hand, being a standalone Windows desktop app, OneDrive can come up with some registry issues.

There is an easy fix for this problem if you are using the older versions of Windows i.e. Windows 8/ 8.1. Microsoft has a standalone OneDrive Troubleshooter that lets you fix any kind of issue automatically. Follow the steps below.

If You are Using Windows 10:

As OneDrive troubleshooter doesn’t work with Windows 10, you need to do it manually. 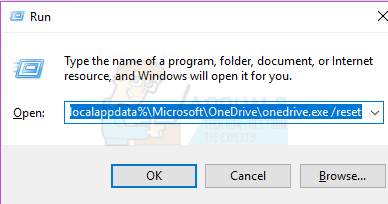 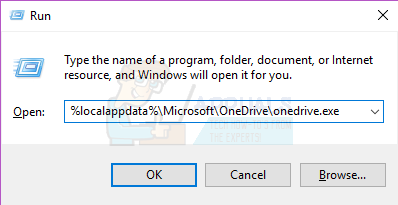 Hopefully, this solution will fix the issue.

Alternatively, you can perform a quick scan of your PC using the System File Checker Scan utility offered by Microsoft. It scans all of the corrupted files and folders and fixes them automatically. For this purpose, we have a detailed guide on how to run sfc scan in Windows.

If any of the above mentioned method doesn’t fix the problem, you can reinstall OneDrive by following the steps mentioned below.

Note: Don’t forget to copy all of your OneDrive files to your local drive before executing the process.

How to Fix Error 0x80270113 When Accessing Photos on OneDrive