It happens a lot of time that some of the Windows system files get corrupted. This creates a hole inside the OS and leads to a mess at the end. Windows 10 has a very unique tool which helps the users to check for their corrupted or missing windows system files and also restores them to their previous states.

This is a utility tool called System File Checker. If, there is a corrupted Windows Resource protection File inside your Windows OS, you would have some difficulties in performing the SFC scan on your PC as  some of the Windows functions may not work as expected before you run SFC Scan you can also use a third party repair tool from Restoro from here which can scan, restore and repair corrupt repositories. Running Restoro is optional but highly recommended.

Here comes the fun part. In order to run SFC, just follow the instructions properly as mentioned below.

Go the elevated Command Prompt by right clicking on the start menu icon. Select the Command Prompt (Admin) from the list. You can also navigate to command prompt by using the shortcut keys Win + X and then, select it. 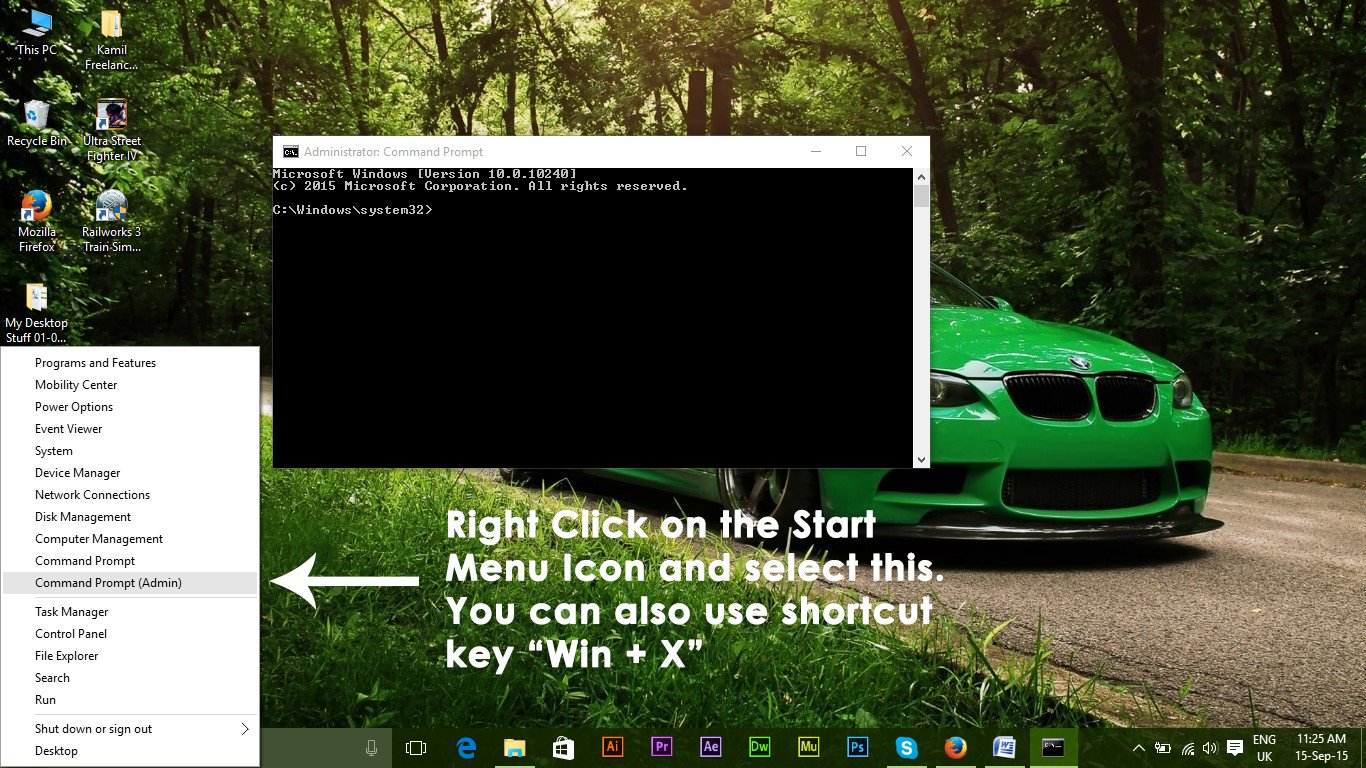 After running the Command prompt, type the following command mentioned below in order to run SFC scan. Make sure that you don’t abort this process and wait for it to complete. The resulted will be shown after the scan is completed.

Hit Enter on the keyboard after typing. It would start scanning for corrupted or missing files on your PC. 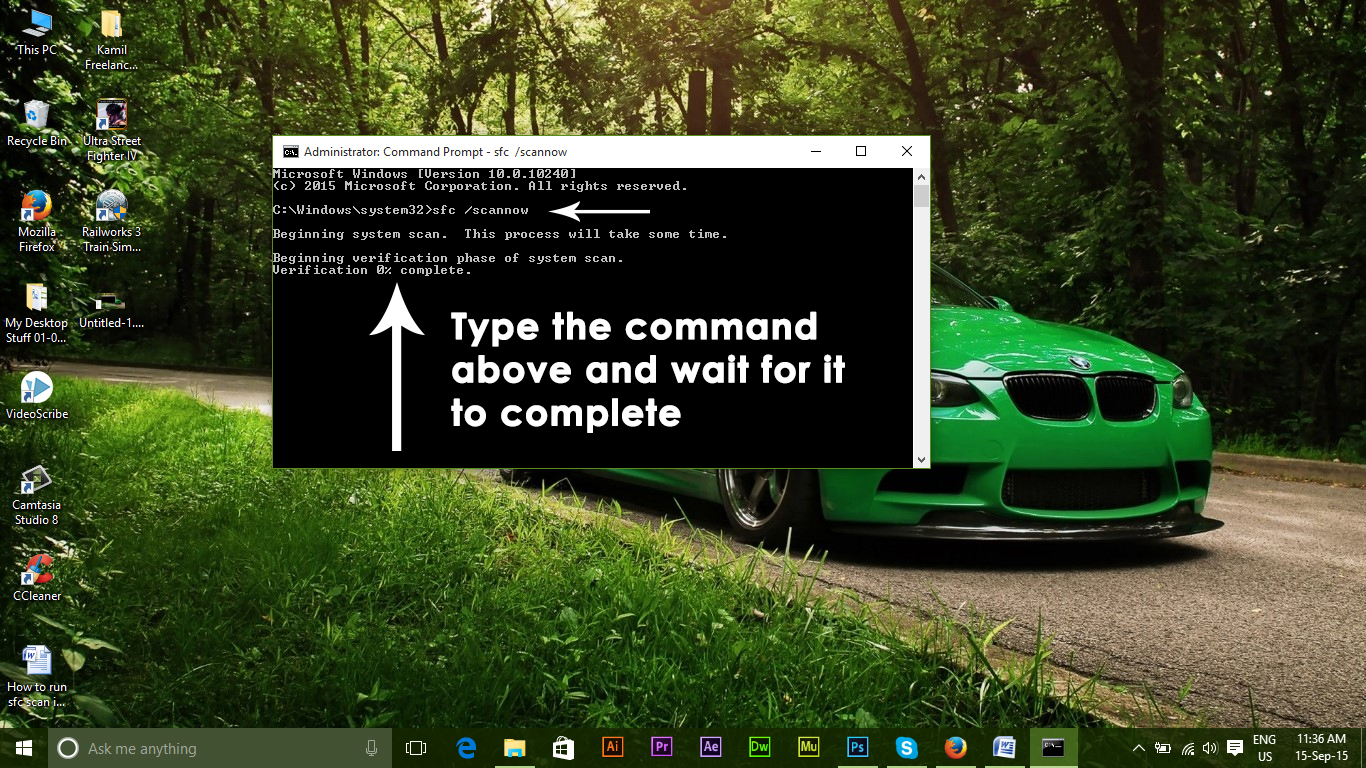 How Does this Command Scan your PC?

This command is beneficial for those who have some issues related to file corruption of their PC. It scans all of the protected system files and replaces the corrupted files with a cached copy located in a compressed folder C:\Windows\System32\dllcache. You can navigate to this folder using the above mentioned hierarchy.

After the process is finished at 100%, if everything goes well, you would get the following message Windows Resource Protection did not find any integrity violations as shown in the picture below. 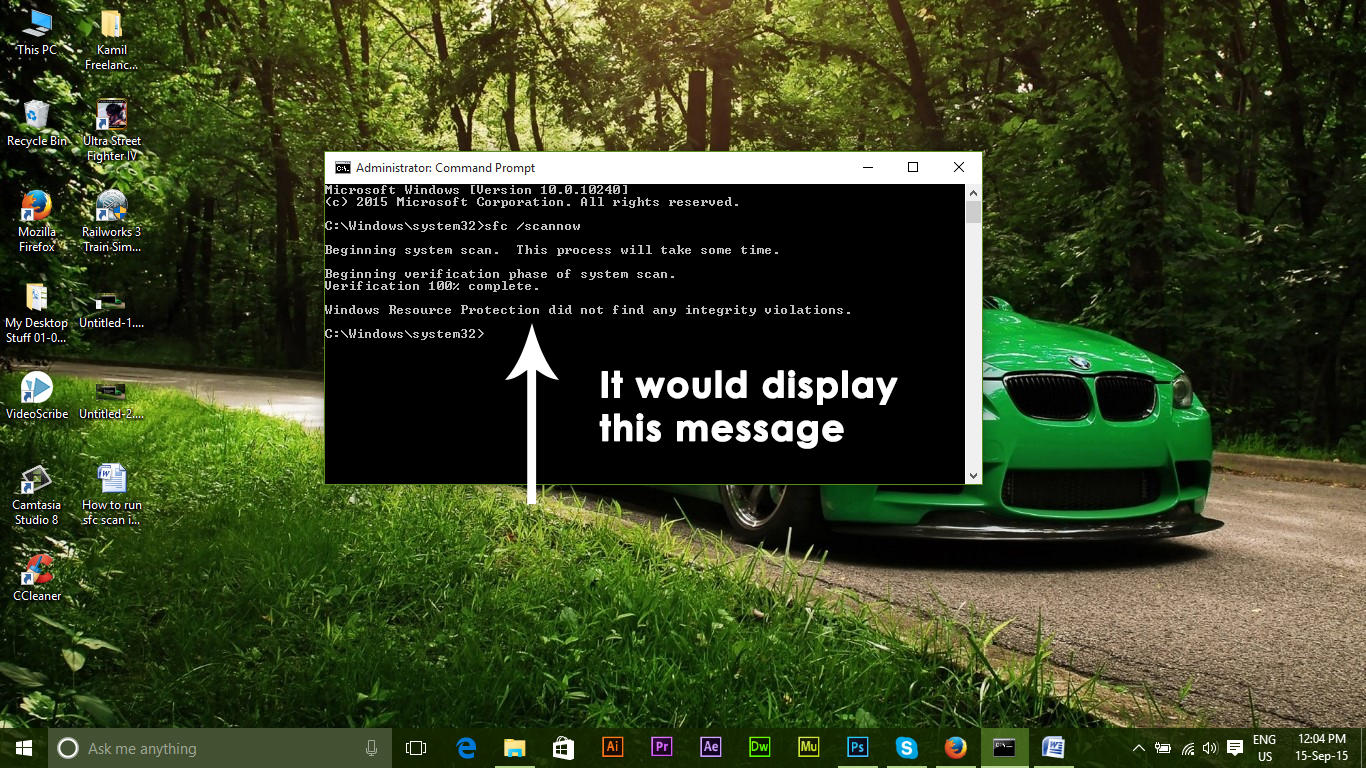 If SFC Scan shows the following message Windows Resource Protection found corrupt files and successfully repaired them. Details are included in the CBS.Log %WinDir%\Logs\CBS\CBS.log, then you can check the details using the following method described below.

Navigate to Command Prompt and type the following line of code followed by Enter Key on the Keyboard.

The text at the end of the above command i.e. txt contains details of the whole schedule of SFC scan performed on the PC with date and time. Open the sfcdetails.txt file from the desktop and you can view the details of the scan.

If SFC Scan doesn’t resolves the issue for you, try SFCFix which is a third party tool that reads from the CBS.LOG file to repair corruptions.

How to: Run sfc scan in Windows 10