Xiaomi’s Yeelight series of smart home lighting devices are a great and affordable alternative to the more expensive Philips Hue – the bulbs are much cheaper than Philips Hue bulbs, and they don’t require a hub either, only a wifi network to connect to.

The problem people face is generally when they don’t understand exactly how home-based smart devices work, and it doesn’t help that there are many tutorial videos out there for the Yeelight series that fail to properly explain things. When looking at Yeelights online, you might believe that you can just add the devices to your phone and start controlling them, simple as that – and it’s a bit more complicated.

See Also: How to Control Yeelight From a Windows PC

So if you’re someone who doesn’t actually own a home router and all you have is an Android device or pocket wifi, we’ve got you covered – in this guide, we will show you how to add Yeelight devices to Android without a router. We’ll then show you how to control the Yeelight from your Android hotspot by tricking the Yeelight into thinking its connected to the original WiFi used to add the device.

(You only need one of the below, not both)

Because its really difficult to explain in words, here’s a quick diagram of what we’re doing: 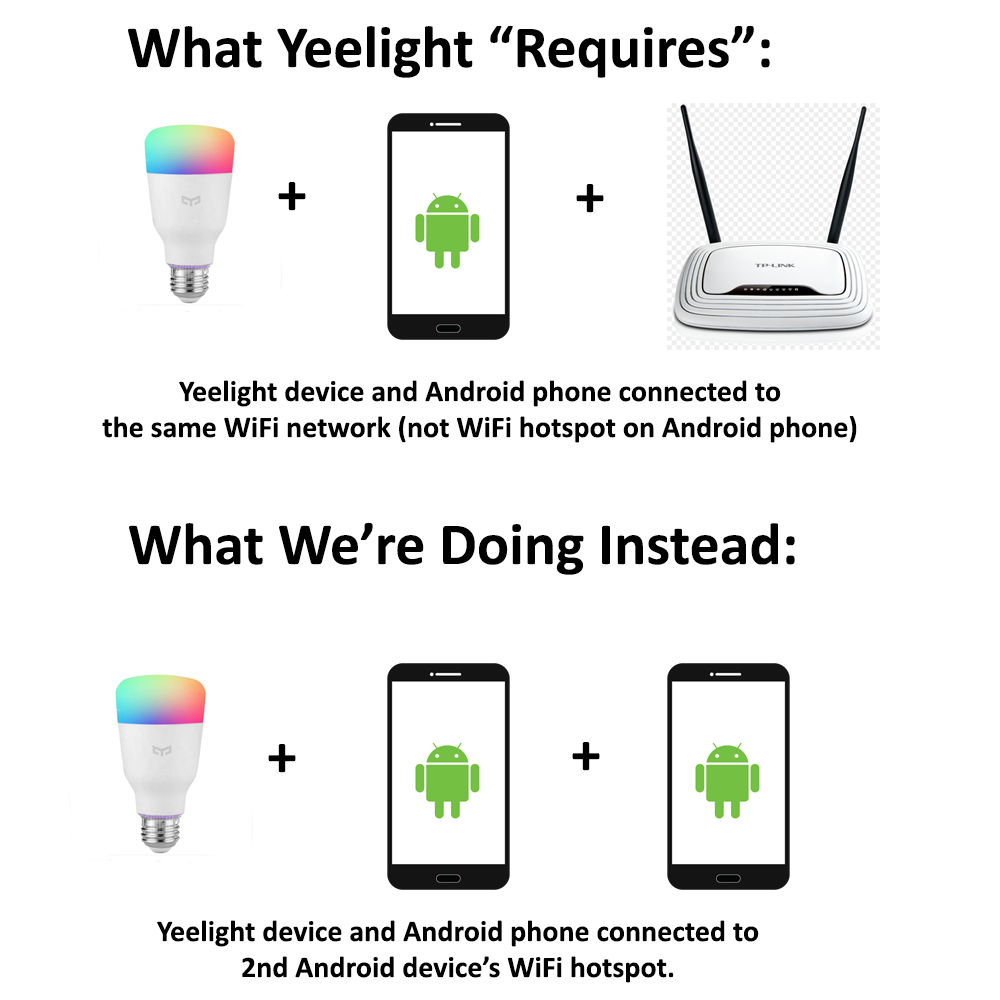 So what we’re going to do is use the Android hotspot on a second Android phone (or mobile pocket WiFi device), and connect the Yeelight and first Android phone to that instead.

However, this is the very important part – you MUST rename your WiFi hotspot SSID and password to be the same as the one you used on the second Android phone!

So to accomplish this, follow these steps exactly in this order:

Now when you open the mobile hotspot on your main Android device, the Yeelight bulb should connect to it and believe that its connected to the original WiFi network that you used to set this all up with!

You can now even download the Yeelight Toolbox software for PC, and connect your computer / laptop to your Android hotspot, and control the Yeelight bulbs from your PC! (You need to enable LAN Control for this to work). 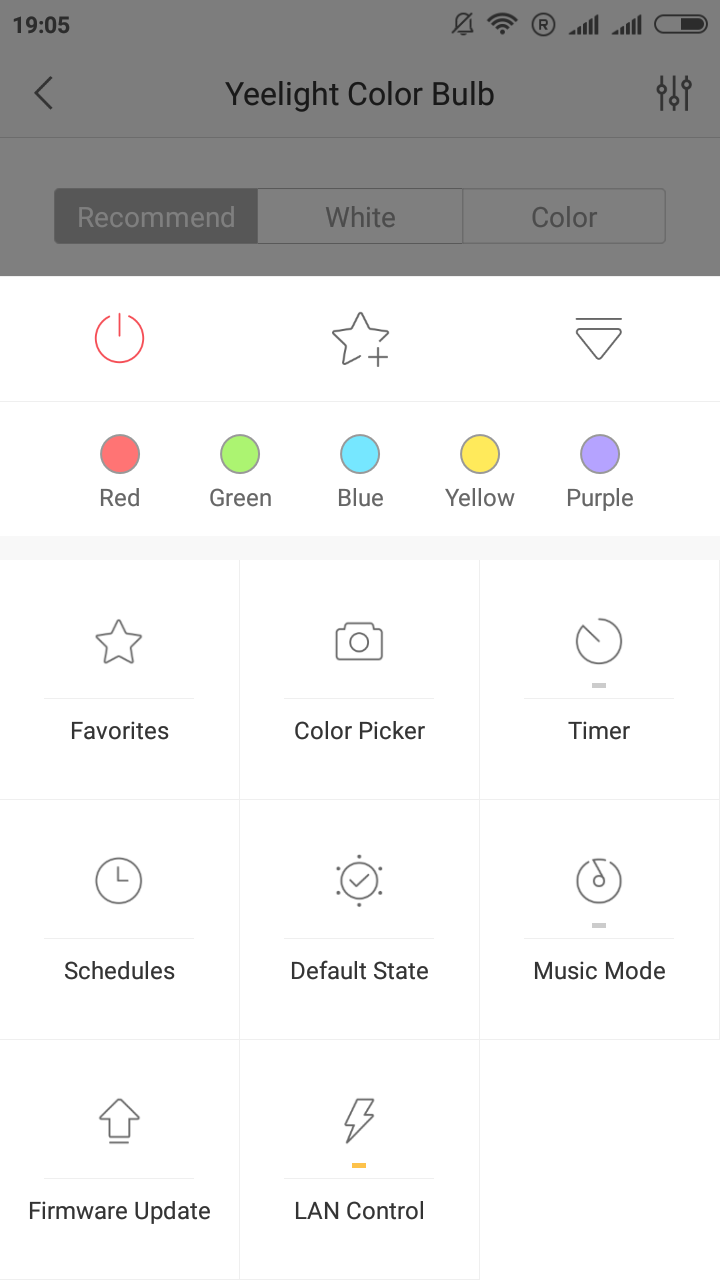 To enable LAN control, just tap the Yeelight device inside the Yeelight app, then tap the downward arrow at the bottom right corner, and hit the “LAN Control” toggle switch.

We’re updating this article after discovering a new method, which only requires one mobile device, and creating a WiFi hotspot on your PC using a USB adapter (or Microsoft Virtual Wi-Fi Mini Port).

Create a WiFi hotspot on your mobile device, and allow your PC to connect to it.

Launch a command prompt (as administrator) on your Windows PC and type the following commands:

In the ssid=XXX and key=XXX, you need to change the X’s to the exact same SSID and password of the mobile hotspot on your phone!

Now launch the Yeelight app on your mobile device, and go to Devices > Add Device.

Turn on the WiFi (this will disable hotspot) on your mobile device, and connect to the SSID being broadcast by your Yeelight devices.

Now in the menu where it asks for a WiFi network, enter the SSID and password of your mobile hotspot (which is also “cloned” on your PC).

Now when the Yeelight app starts updating, very quickly disable WiFi on your phone and enable hotspot. This will “trick” your Yeelights into connecting to your hotspot, while also seeing your mobile device on the WLAN, because your computer is also broadcasting the hotspot as a WiFi network.