What does Red Light on Motherboard Means?

The motherboard Red LED issue indicates there are various issues like loose connection and seating and various major hardware damages. In some cases when the red light starts blinking with the beeping sound whereas sometime you won’t see the display. All these problems show that some serious problems occur with the system and needed to be fixed.

Well, the situation is quite serious and needs to be fixed as soon as possible. Hereby, we have presented this article that will throw light upon this scenario thereby giving you the best solutions to deal with such a problematic situation.

But before diving directly into the fixes, let’s have a quick override through the causes that trigger red light to flash on your Motherboard.

Above are some reasons that trigger the red light on the Motherboard issue. Now as you know the causes, you’ll be able to also the problem with the most effective solutions among various mentioned in no time.

1. Replace or Repair the Damaged or Affected Hardware

The hardware issue is the main culprit found behind this problem. Hereby the first thing you need to do is to check if there is any hardware issue. You need to first clean the seated dust on your Motherboard. Then inspect all the hardware properly. Also, check all the connectors and sockets to ensure there is no loose connection or damaged sockets.

To check for any hardware issue, you need to remove all the attached hardware and disconnect every connection one by one, and then reseat them back to their original place to know which of the hardware is causing the issue.

If found any hardware, connection or socket faulty, try repairing or replacing them with a brand new one to resolve the current problem scenario.

Another reason causing this issue is damaged or loose connected power supply cable. If the power supply cable is broken or damaged then you may encounter this problem. As damaged power cable fails to supply sufficient power to the motherboard which further ends up giving you this red light issue on Motherboard. Also, using cheap or ordinary cable might lead you to such a scenario.

Hereby, if found the power cable is at fault, try replacing it with a new or official cable to resolve the issue.

It has been already mentioned that wrongly placed GPU & RAM might cause this problem to arise. As wrongly placed GPU or RAM might not be detected by your system. Therefore, check whether your GPU or RAM is properly seated or not. If not placed properly, try placing them correctly to fix the problem. Also, if you have more than one RAM, then check the functioning of both RAMs.

To check whether the RAMs are working properly or not, you need to follow the quick guide below:

After each RAM placement, check for the red-light issue is resolved to know the culprit.

At times, issues on storage devices might force the Motherboard to blink red light.  So, if your SSD or HDD won’t be detected by Motherboard, it might up give red light issue. So, for fixing this case, you need to make sure that there should be a strong connection between your Motherboard & HDD or SSD. Follow the steps guide below to do so:

6. Cool Down your CPU

Running your system for a long duration might cause your system to shut down randomly thereby flashing red light on your Motherboard. This could be because your system is getting overheated due to continuously running out. So, here you need to limit your CPU usage of programs to cool down your CPU to fix the red light problem. For this, you need to follow the below set of instructions:

So, when found is the cause behind your problem scenario, try dealing with the situation by resetting or updating your BIOS. Follow the below instructions to perform BIOS reset:

If resetting the CMOS battery won’t fix your issue then it may be because your CMOS battery is probably drained or dead and you’ll have to replace it.

To replace the CMOS battery, follow the below steps as guided:

So, these are some effective fixes that will solve your red light on the Motherboard issue. I hope the article serves you well thereby helping you fix the problem in no time with these workable solutions. 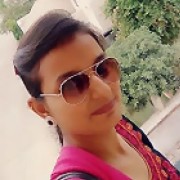 Hardeep is a passionate technical writer with more than 7 years of experience. She has a keen interest in PC games, Windows OS and everything surrounding it. She is a technology enthusiast and fascinated with technology since her childhood days.
Trending
Back to top button
Close
Close
Close