Whenever Microsoft releases a new update for the Windows Operating System, most users are expected to receive and install the update seamlessly, but some users having problems with the update is guaranteed. Unfortunately, the Windows 10 anniversary update is no different. For many of the Windows 10 users who are having trouble installing the anniversary update on their computers, it is error code 0xc1900107 that stands in their way. Whenever a Windows 10 user affected by this problem tries to install the anniversary update, the installation fails and they see an error message containing error code 0xc1900107 that either said something went wrong or there were problems installing the update.

If a problem with your computer’s Windows Update components is the reason why you cannot install the anniversary update and run into error code 0xc1900107 every time you try to install it, there is a pretty decent chance you’ll be able to resolve the issue if you manually reset your computer’s Windows Update components. In order to do so, you need to:

When the computer boots up, try installing the anniversary update and see whether or not it installs successfully. 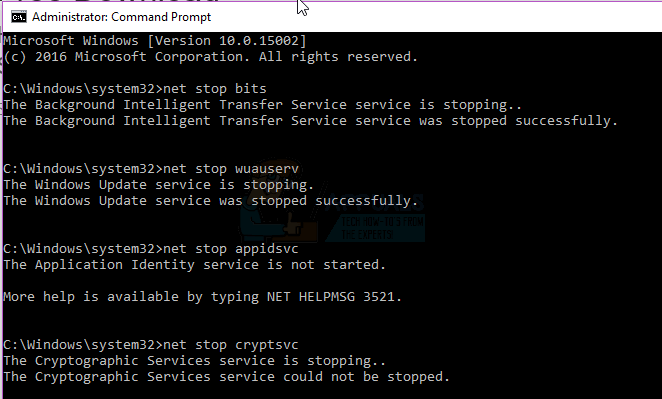 If Solution 1 doesn’t work for you, the cause of the issue in your case may be corrupted files in the folder where Windows stores downloaded material for Windows updates – the $WINDOWS.~BT folder. If that’s the case, simply deleting this folder should get rid of the corrupted files inside it. Don’t worry, though, as Windows will simply recreate the folder from scratch and then download everything it needs for the anniversary update once again, so you won’t be doing your computer any harm.

Note: If you are unable to even rename the $WINDOWS.~BT folder, try deleting (or renaming) it in Safe Mode, and you should be successful. If you do not know how to boot your computer into Safe Mode, use this guide. 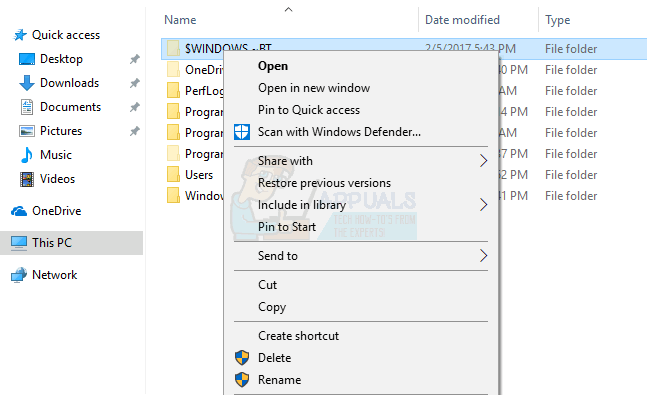 When the computer boots up, try installing the anniversary update and see whether or not the problem has been resolved.