Several Star Was Battlefront 2 players have been encountering the Error Code 721 / 1017 when trying to connect online. This particular error is not restricted to a particular system since it’s confirmed to occur on PC, PS4 and Xbox One. This is a major inconvenience for most players since the majority of the Star Was Battlefront 2 user base only cares about the multiplayer component.

Note: There’s another variation of this particular error- Error Code 1017

We investigated this particular error by looking at EA’s official response, user reports and at the repair strategies that most affected users successfully deployed to resolve the issue. Based on what we gathered, there are multiple scenarios that will end up triggering one of these two error codes:

If you’re currently facing the same error code in Star Wars Battlefront 2 and you’re looking for a way to get around it, this article will provide you with several troubleshooting steps. Down below, you’ll encounter a collection of methods that other users in a similar situation have used to resolve the issue.

Method 1: Investigating for a widespread issue

Before you dive into the other potential repair strategies, it’s important to make sure that you’re not dealing with widespread issues. As mentioned above, Error Code 721 became notorious for Battlefront 2 players in the aftermath of a widespread DDoS attack on EA’s servers that severely crippled the online functionality for weeks.

No such reports have been reported in the last few months, but just to be sure, visit the following links just to make sure that your issue is local:

If EA is currently experiencing problems with their servers, you should be able to find a lot of reports of similar users struggling with the same error and/or an official announcement on EA’s Star Wars official Twitter account.

In the event that you find no such evidence, chances are the issue happens due to local factors. In this case, you should be able to resolve the error code using one of the methods below.

If you’re encountering this issue on a console and you haven’t found any evidence that the issue is widespread, you are likely dealing with a local issue. In this case, power cycling your console should be enough to get the issue resolved. Several users who were in a similar situation have reported that the issue was resolved for them after they performed a hard reset.

Here’s how to perform this procedure depending on which console you’re encountering the issue on:

Hard resetting on Xbox One

If this method didn’t help you to resolve the Error Code 721, move down to the next method below.

Several affected users have reported that the error Error Code 721 / 1017 was resolved in their case after they reinstalled the game. The procedure is mostly confirmed to be effective in those cases where the uninstalled is carried on from the Programs & Features screen (rather than directly from Steam or Origins).

Here’s a quick guide on how to do this:

If reinstalling the game didn’t resolve the error code or this method wasn’t applicable to your particular scenario, move down to the next method below.

Method 4: Releasing and Renewing the IP Configuration (PC only)

Another method that has been effective for several users that have been encountering the issue on PC is to release and renew the IP configuration. What this procedure essentially does is it forces the client to give up its lease by sending the server a DHCP release notification and mark’s the old IP address as available (this is done with ipconfig /release). Then, the ipconfig /renew is used to request a new IP address.

Here’s a quick guide on how to do this:

If you’re still encountering the same Error Code 721 / 1017 when trying to connect online in Star Wars Battlefront 2, move down to the next method below.

While most of the other games that feature a multiplayer component will become much stable one UPnP (Universal Plug and Play) is enabled, Star Wars Battlefront 2 is a different deal. There are dozens of reports of people that have managed to resolve the Error Code 721 / 1017 after disabling UPnP from their router.

This is very peculiar considering that UPnP is a technology specifically developed to allow for instant port forwarding (which most online games make use of). The fact that this fix continues to be successful for a lot of affected users suggests that there are some issues with the way the game is configured to use UPnP.

In any case, here’s a quick guide on how to disable UPnP on your router. Follow the instructions below to see if disabling UPnP manages to resolve the issue:

If you’re still encountering the same Error Code 721 / 1017, move down to the next method below.

Another popular fix that has helped a lot of users to resolve the  Error Code 721 / 1017 in Star Wars Battlefront 2 is to change the default DNS addresses to the ones used by Google. But keep in mind that this process will be different depending on the platform that you’re encountering the issue on.

To address this issue, we have created three separate guides, so make sure to follow the one applicable to your platform.

Changing Default DNS on Xbox One 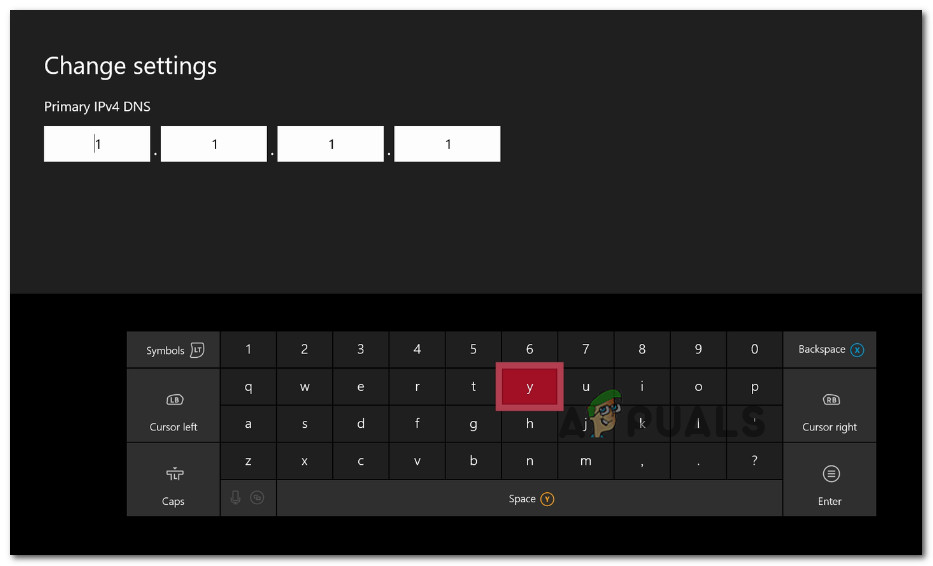