The true opvapp.exe is an integrated part of the Omnipass or HP SimplePass software, depending on the computer model. The Opvapp executable can be found on most HP and Fujitsu computers. The default location of opvapp.exe is C:\ Program Files \ Softex \ OmniPass \  for Omnipass and C:\ Program Files\ Hewlett-Packard \ Simple Pass \ for SimplePass.

Some users have been experiencing issues related to the opvapp.exe. You might encounter one of the following error messages when the Opvapp process crashes:

While the issue is mostly a result of a corrupted or obsolete version of Opvapp.exe, it could also be a case of malware posing as the SimplePass / Omnipass process and camouflaging itself in C:\ Windows or in C:\ Windows\ system32.

OmniPass and SimplePass are HP’s proprietary client applications used by their consumers and enterprises to securely log in to websites and single sign-on(SSO) applications in order to protect their data on a PC.

When the user installs Omnipass or SimplePass, the initial setup creates a startup registration point in Windows and the Opvapp service will automatically start when the user boots the PC. The opvapp.exe process will run continuously in the background until manually stopped. While it’s possible to manually stop the service or delay it from starting, it will prevent the program from running properly if you end up using it.

The Opvapp process is known to consume very little system resources and will only make connections with HP servers.

While the true Opvapp executable is legit and does not pose any security threats, users should not overlook the possibility of a malware/spyware camouflaging as opvapp.exe. To make sure that’s not the case, open Task Manager (Ctrl+ Shift + Esc), right-click the on opvapp and click on Open File Location.

Note: Keep in mind that you shouldn’t have the Opvapp process in your Task Manager if you don’t own an HP or Fujitsu computer.

However, if the executable is located in C:\ windows or C:\ windows \ system32, there’s a high chance that you’re dealing with a malware or spyware infection. It’s common behavior for ill-intended applications processes to hide inside the Windows directory in order to avoid getting flagged by security checks.

How to fix opvapp.exe has stopped working

Depending on the location of opvapp.exe, you’ll need to take the appropriate action to fix the opvapp.exe has stopped working error.

If you determined that you’re not dealing with a security threat, the only feasible action that will fix the opvapp.exe has stopped working error is to uninstall and reinstall the Omnipass / SimplePass software. Here’s a step-by-step guide through the whole process:

Note: Some users have reported cases where the uninstallation of Simplepass / Omnipass fails via the Add or Remove Programs window. This is even more evidence that some files from within the software have become corrupted. If you’re struggling with the same issue, use a more powerful uninstaller like CCleaner or Revo to get rid of any traces of the software. Then, follow steps 3 and 4 to install the software again.

If you uncovered that the location of the Opvapp is in a Windows directory, you can almost be certain that you’re dealing with some kind of malware/spyware. Unless you moved the opvapp.exe to that location yourself.

In a situation like this, the obvious place to start is in your security suite. If you have 3rd antivirus installed, use it to perform a full system scan. If you don’t have an external antivirus suite, use Windows Defender. Open a Run window (Windows key + R), type “C:\Program Files\Windows Defender\msascui.exe” and hit Enter to open Windows Defender. 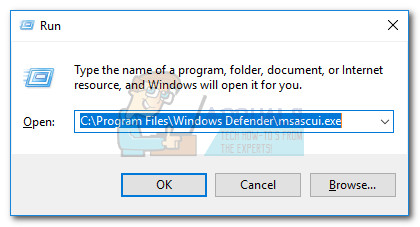 In the Windows Defender Antivirus window, go to the Home tab, set the Scan options to Full and hit the Scan now button. 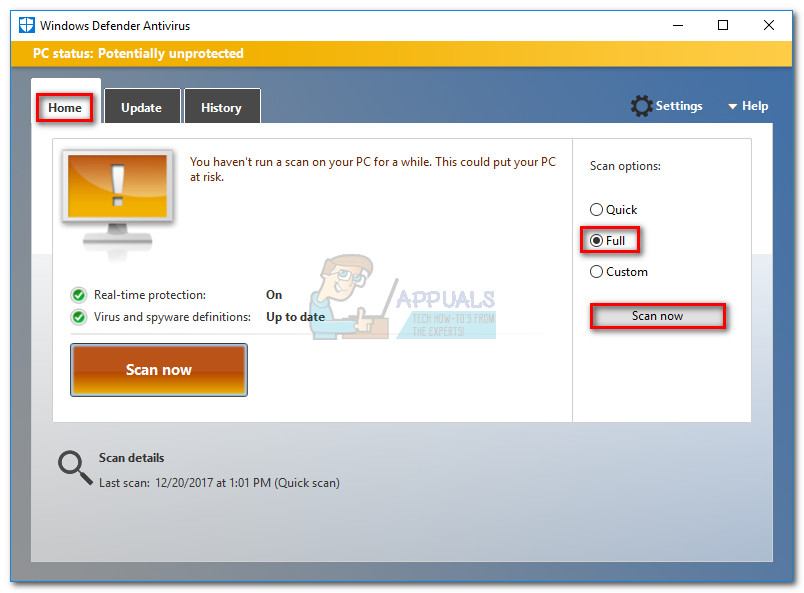 Note: Be patient as the process might end up taking several hours.

If the malware is identified and quarantined, reboot your system and return to Task Manager (Ctrl + Shift + Esc) to see if the process is now removed. If it’s still there, right-click on it and choose Open File Location to see if it’s residing in one of the safe locations. If the process is no longer there or if it’s located in Program Files \ Softex \ OmniPass \  or C:\ Program Files\ Hewlett-Packard \ Simple Pass \, you’ve successfully dealt with the malware infection. 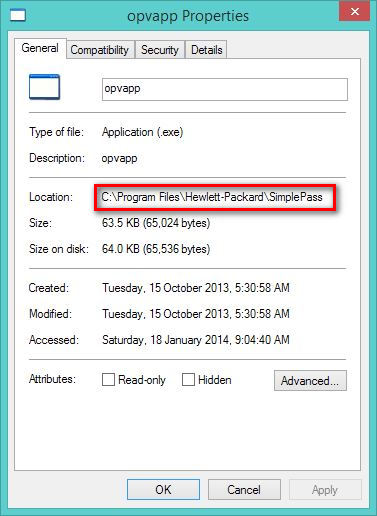 If the scan didn’t manage to identify the security threat, you should try removing the malware with a more powerful tool. Microsoft has developed a security tool specifically for prevalent malware that is known to elude system scans. Windows Malicious Software Removal Tool (MSRT) is a powerful malware scanner that identifies, removes and reverses the changes made by most security threats.

MSRT is normally included in Windows Defender’s scan and is updated regularly via WU (Windows Update). But if you don’t have the latest WU updates or don’t use Windows Defender, you can download the standalone tool from this official Microsoft link (here). 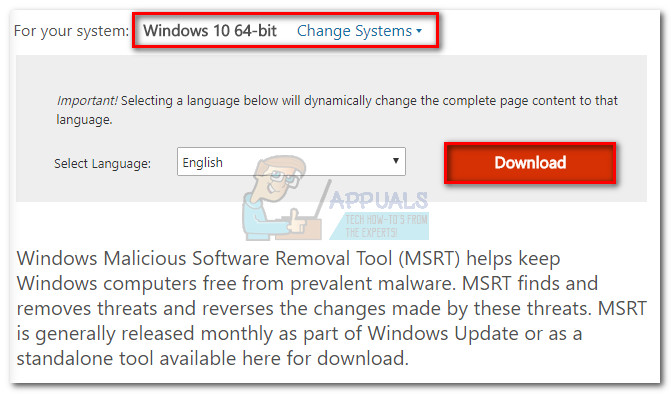 Note: Make sure you download the version appropriate to your Windows version.

When the download is complete, open the MSRT executable and choose a Full scan. Then, hit Next and wait for the operation to complete. The tool will automatically deal with any security threats found and revert the changes made by the malware.

If MSRT didn’t manage to resolve the security threat or you want to be extra sure, you can also scan your system with a 3rd party solution such as MalwareBytes. While MSRT is effective in dealing with any malware that affects Windows components, Malware Bytes is generally considered to be better in picking up other threats such as spyware, adware and phishing attempts.