Cache folders are where your device stores temporary data to load the information faster. The advantage is that you can run applications faster, but if you fill up your cache too much, you can experience issues like slow loading times and even certain errors. Just like any other application, your PS4 also stores cache files while at times can become corrupt, leading to connectivity issues and temporary freezes. Getting rid of the cached data on your PlayStation 4 will dramatically improve performance if it is causing your system to slow down or is corrupted.

In this guide, we will walk you through the process of clearing the PS4 cache in detail, so let’s jump right in!

What is PS4 Cache?

In order to improve gameplay and allow you to play seamlessly, your consoles save temporary files and data. With time, this data builds up, and can sometimes become corrupt, which can lead to issues with connectivity, game freezes, or slow game loading.

However, since this data is temporary, you can fix most issues by simply removing the cached files from your system. Thus, it is important to regularly clear the PS4 cache to minimize these problems and to ensure smooth operation. It is important to note that this process does not affect saved data or the progress of games currently running on the console, which you won’t even notice once it’s gone.

When Do You Need to Clear PS4 Cache?

It is recommended that you clear your PlayStation 4 files periodically to prevent them from becoming corrupt. The following are some indications as to when is a good time to clear the PS4 cache for your guidance:

Follow the steps mentioned below to clear your PS4 cache completely:

Clear Cache for a Specific Game

In case you think that you are facing issues while using your PS4 due to only a specific game, then you also have the option to clear cache for that just that game. If this scenario is applicable, here is what you need to do: 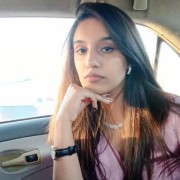 How to Clear Cache in PlayStation 4?