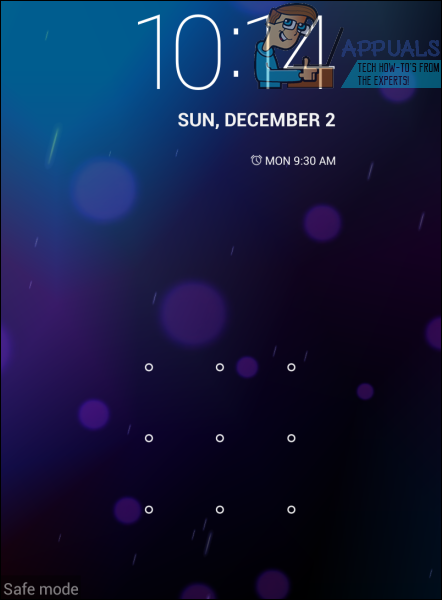 On most Android devices, Safe Mode is enabled by turning the device on and then pressing and holding the Volume Up button, the Volume Down button or both when the boot animation appears. You know an Android device is in Safe Mode when the term Safe Mode appears on the bottom left of the screen kind of like a watermark.

Turn your phone off.

Press and hold the Power and Volume Up buttons until you see the boot animation, at which point you can release the buttons.

While still at the boot animation, press the Power button – just a single press – once.

Allow the device to boot up, and it should boot up like it is supposed to and not boot into Safe Mode.

If Method 1 does not successfully boot your Android device out of Safe Mode, don’t worry as you can still use this method, which has been found to be a tad bit more effective as compared to Method 1 but only applies to Android devices with removable batteries.

With the device powered on, pry open the device’s back cover and pull out its battery.

Leave the battery out for 2-3 minutes.

Place the battery back into the device.

Hold down the Power button until you see the boot animation to turn the device on.

Allow the device to boot up, and should boot up normally, not in Safe Mode.