According to the worldwide statistics of smartphone users, Android has always been relatively used more than iOS, Symbian, Blackberry and other mobile operating systems. The timely upgrading of the OS has kept its users hooked onto it. However, the dependency we currently have on technology, especially our phones, has led to its performance breakdown too.

Thus, the incentive to optimize Android performance has grown a lot. ‘How to optimize Android for different devices’ has probably become one the top queries that the OS users are demanding an answer for. Technology is all about better performance, but if we can’t get that out of its system then what’s the use. Therefore, we have gathered some of the greatest (tested) tips and apps that can help you achieve optimal performance from your Android based device.

I have personally tested the laid out suggestions on my very own Sony Xperia Z handset that is configured with Android 4.4.4 (Kitkat).

TIP: We have listed some tips that improve your Android device’s performance. Though there is an app for almost everything, in case of a low storage memory or lack of free storage space, you can always go for the manual ways to deal with these issues.

Android Optimization You Can Do On Your Own

We have used the Clean Master app as an alternative to manually performing optimization. Clean Master is a free and popular app from Cheetah Mobile that comes with Junk cleanup, Antivirus, Phone booster, and App Manager Modules. A lot of storage space can be retrieved with just a tap on the Junk File option that clears the app’s system cache and temporary files. 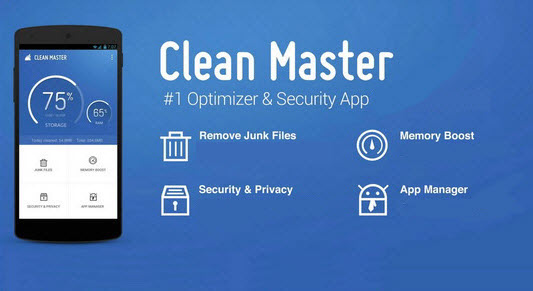 Nevertheless, Google Play Store has a number of similar apps like DU Booster, CCleaner, Memory Booster (upgradable), Advanced Task Killer, 3c Toolbox or CPU Tuner that can be used instead of Clean Master. However, some of them may require rooting your device.

It is important to ensure that essential app and corresponding data have been backed up beforehand, and that you are aware of the proper steps root a device. If not, it is strictly suggested that an application that doesn’t require rooting is chosen instead.

Kill Background Apps: Even if you have a strong internal and external memory the chance of your phone slowing down is possible. This could be because of a heavy load on the processor due to background activity. To terminate this activity killing the apps that are not in use yet are running in the background is the first step.This can save you from a major slowdown in performance.

With App: Run the Clean Master App and tap on ‘Phone Boost’. The following screen will appear once the application has analyzed the CPU usage, apps currently running, and the amount of memory that is acquirable. Select the desired apps by checking the box provided against each and tap on Boost. This shall improve CPU performance to a great degree, resulting in a faster processing. 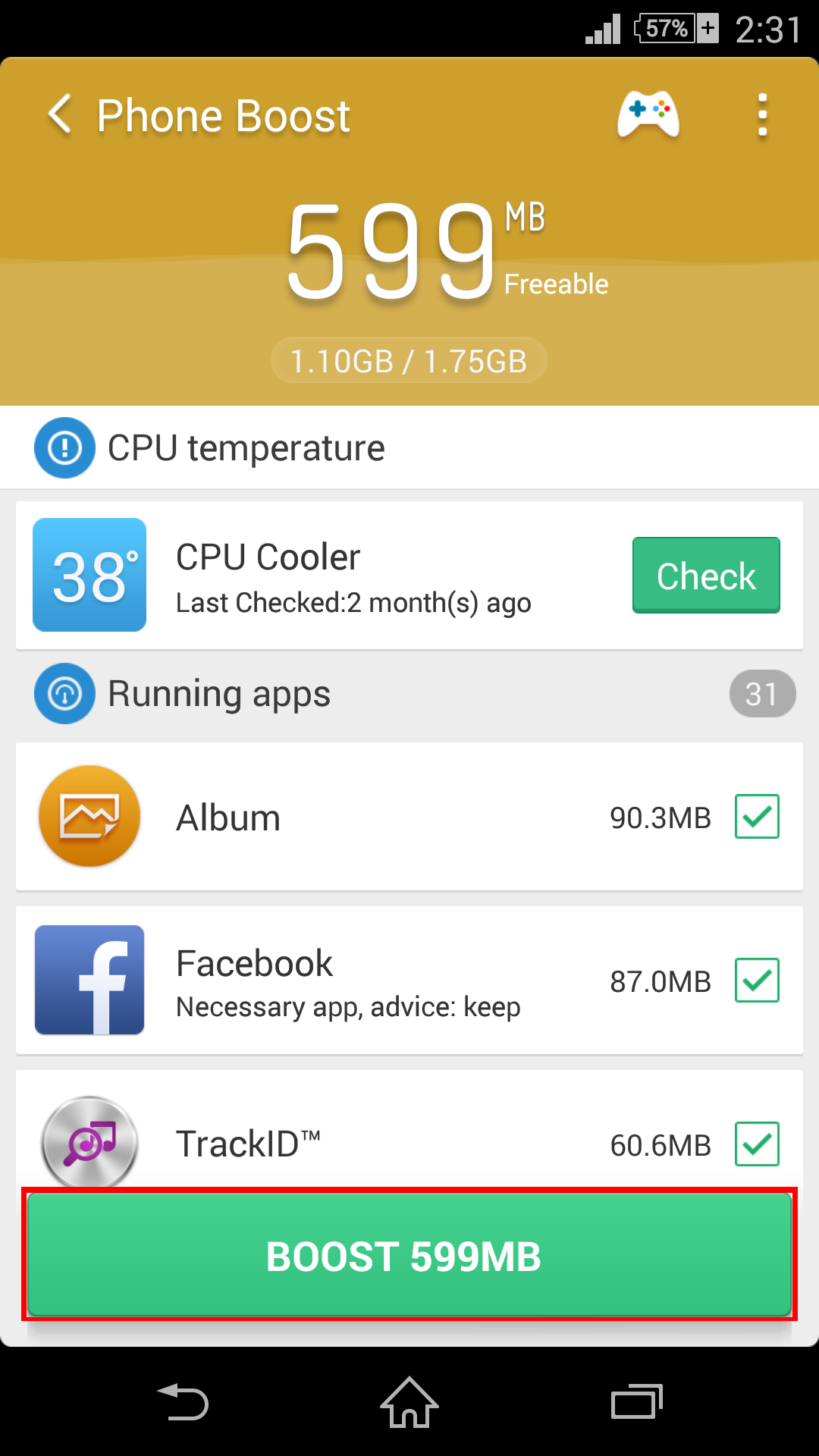 Without App: Tap on the task manager icon and a list of apps currently running (in the background) shall appear on the screen. Swipe all the apps (one by one) right/left to completely end them and regain processing performance. 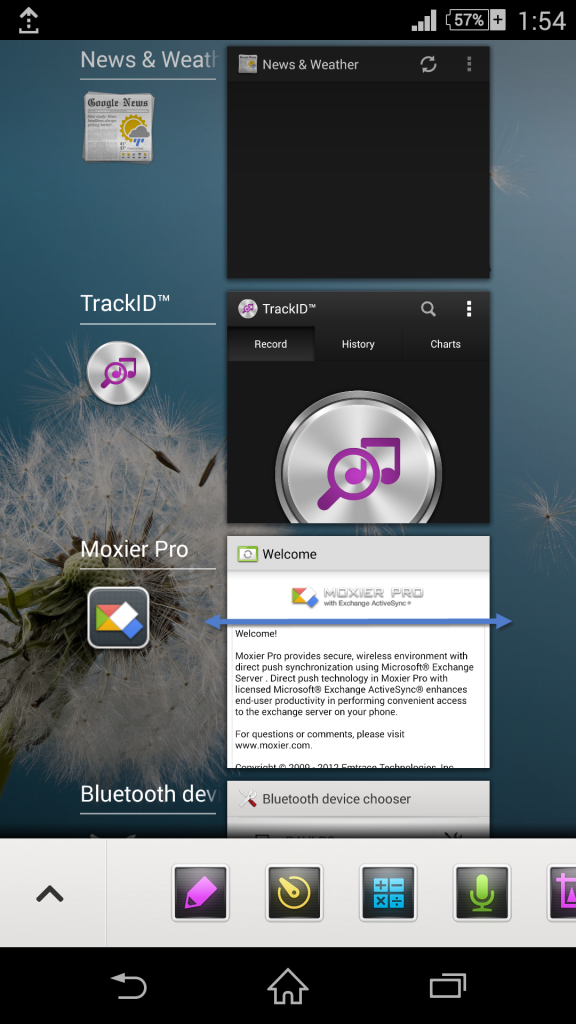 Update Apps Regularly: Not keeping applications up to date is also a probable cause of degraded performance. Most of the updates arrive with patches, bug fixes, and other enhancements that improve the respective app’s performance as a result of which the device works properly too. 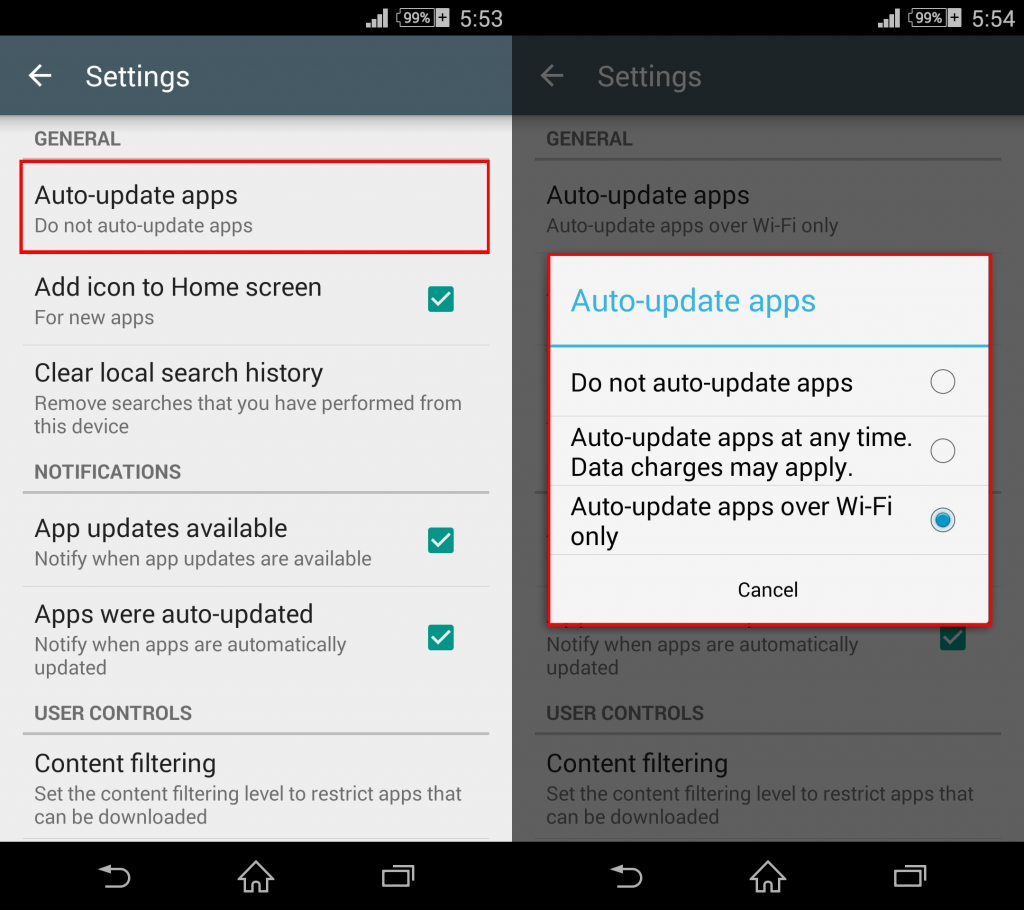 Via Play Store: Technically speaking, there is no manual or app-based procedure to keep your apps up to date. However, Play Store by Google offers the provision. Go to My Apps and on your Play Store account and check whether the apps are updated or not. Click on Update All to update all the available updates for listed apps. Any or all bug fixes and updates in the performance/features of the software will
get updated. 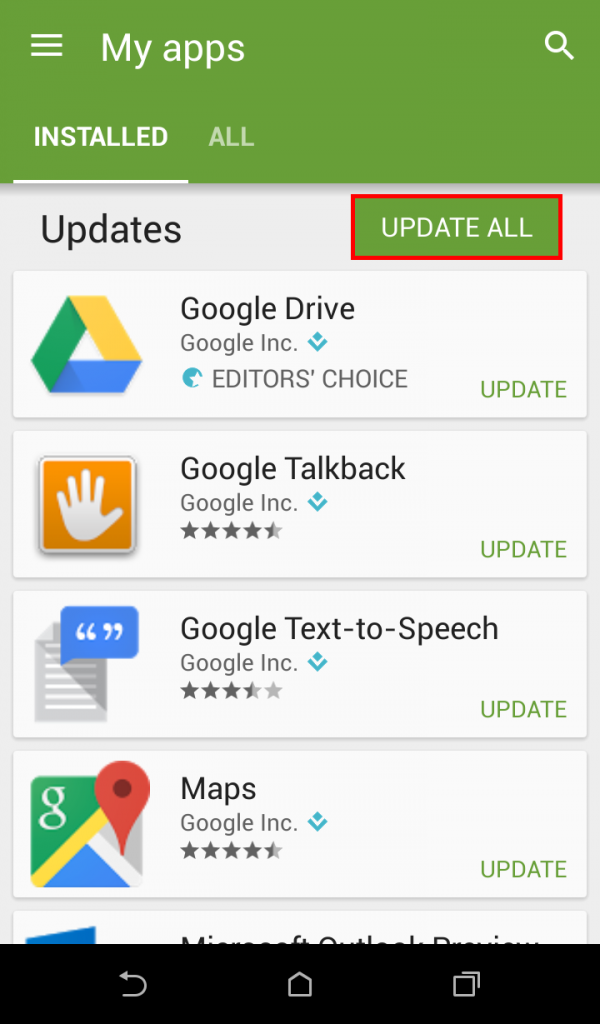 Clean Up Unnecessary Apps: The rapid rate of download has also increased the rise in the number and variety of apps. Open your app list and simply ask yourself this very simple question: Do I need them all? If so, manage their processing; if not manage them by getting rid of them. An unnecessary amount of storage space is acquired not only by the app but its cache, temporary; program and data files offer a huge scope for an increased memory and enhanced performance.

With App: Run Clean Master and tap on App Manager. This will display a list of applications downloaded to your Android device. On top of the screen, you will be able to view a number of options provided for the management of apps.

Without App: The process is a bit tiresome, but works well if only a few apps have to be uninstalled.

Tap on the app that you want to uninstall 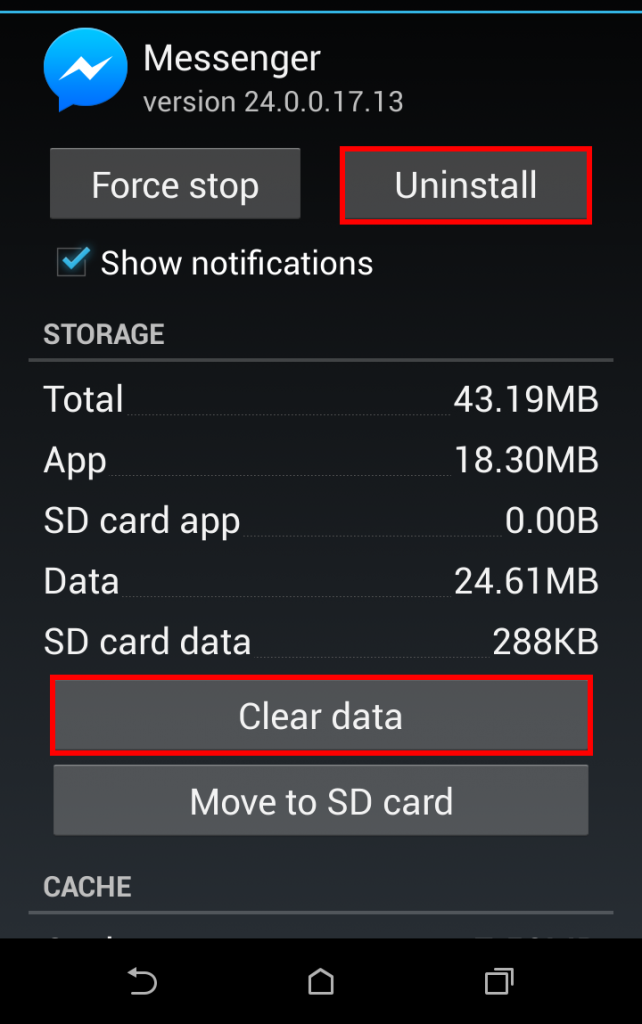 Get Rid of Junk Data: A lot of unwanted items reside on your Android device like System Cache, temporary files and junk data making it sluggish and sometimes unresponsive. Deleting such files becomes a necessity after regular intervals to restrict any performance issues.

With App: Open the Clean Master app and go to Junk Files. This module of the application lets you delete junk data, cached files on the device and other residual files to boost device memory. Once the Junk Standard has calculated the amount of Junk that can be removed, tap on Clean Junk. View the process of junk removal. 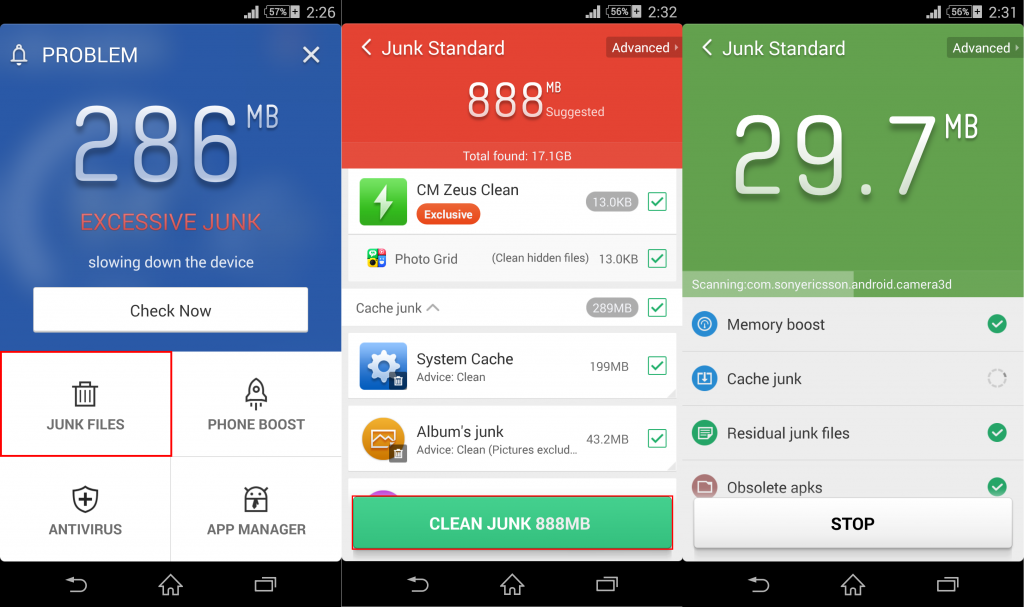 Without App: Go to the Settings menu of your smartphone or tablet and select Apps. Choose every app (that has to be removed) individually and tap on clear cache. 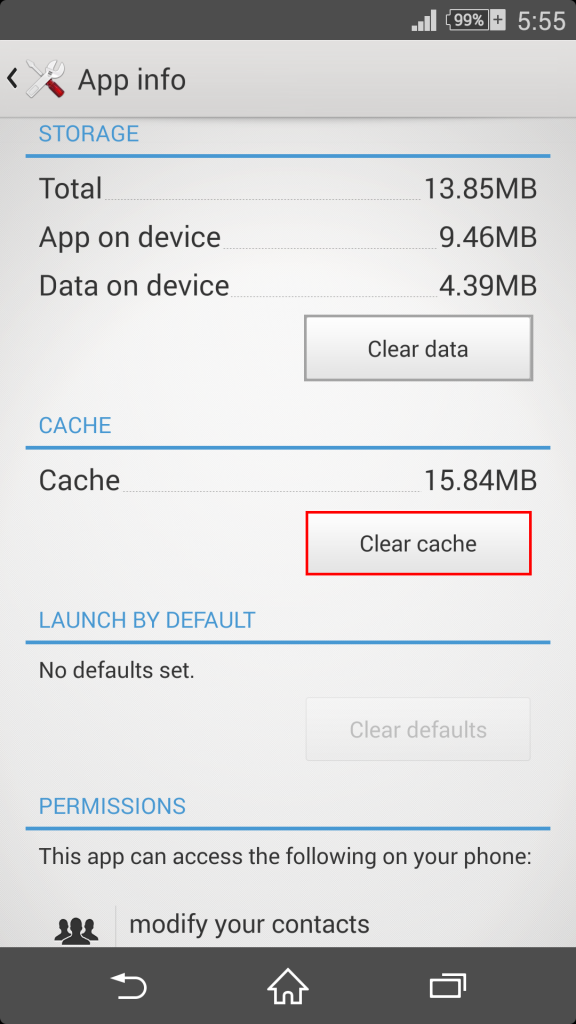 Useful Tips That May Come Handy Apart from the suggested tricks, here are some tips that can be adopted in order to optimize the storage memory, RAM and processor usage of your Android device.

Developer Options: A lot of time and resources are consumed while switching from one app to the other or starting up an app. This is because of the animation. If you believe that your smartphone is fast enough, try disabling the animation (Settings > Developer Options) and you will see the real speed your phone can work at. 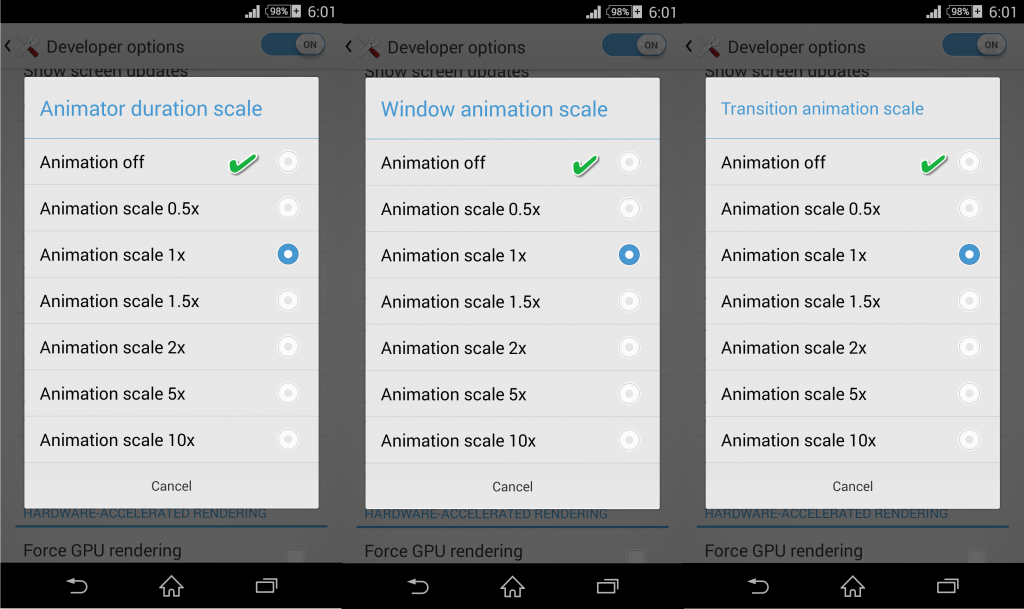 Exit Apps Completely: You exit apps, you kill apps, and you shut them off from task manager. But some apps need more than that. Some apps are way too sticky and remain on the Notification bar even when not in use. Nevertheless they also come with a dedicated Exit option. If you have any such apps, use the exit button rather than just exiting the window. 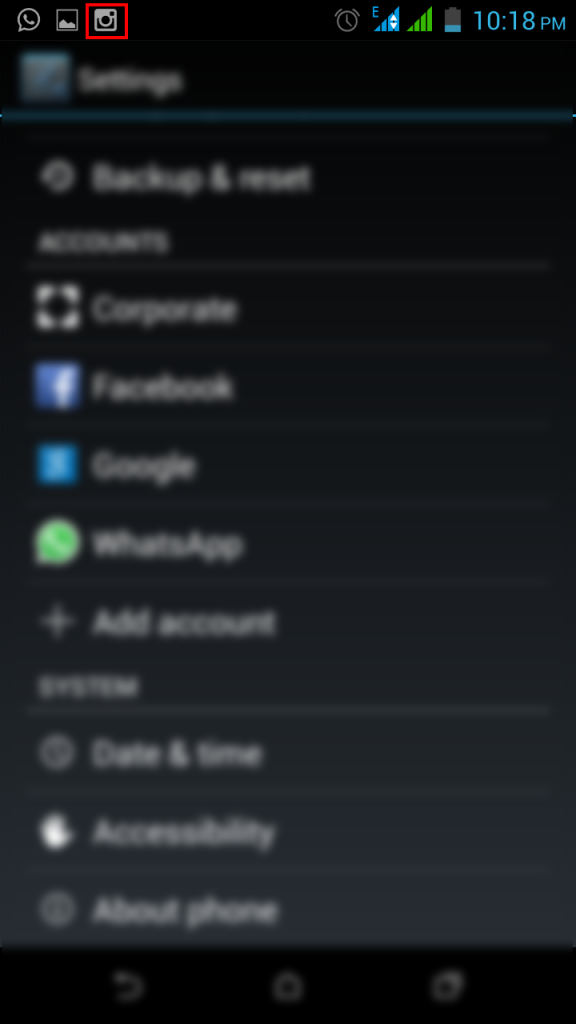 Say No to Live Wallpapers: Live Wallpapers are undoubtedly cool and mesmerizing. But they also consume a humongous amount of resources too. As a result, this slows down the device and drains out the battery due to the number of frames used in its animation. Get rid of them and use static wallpapers instead. 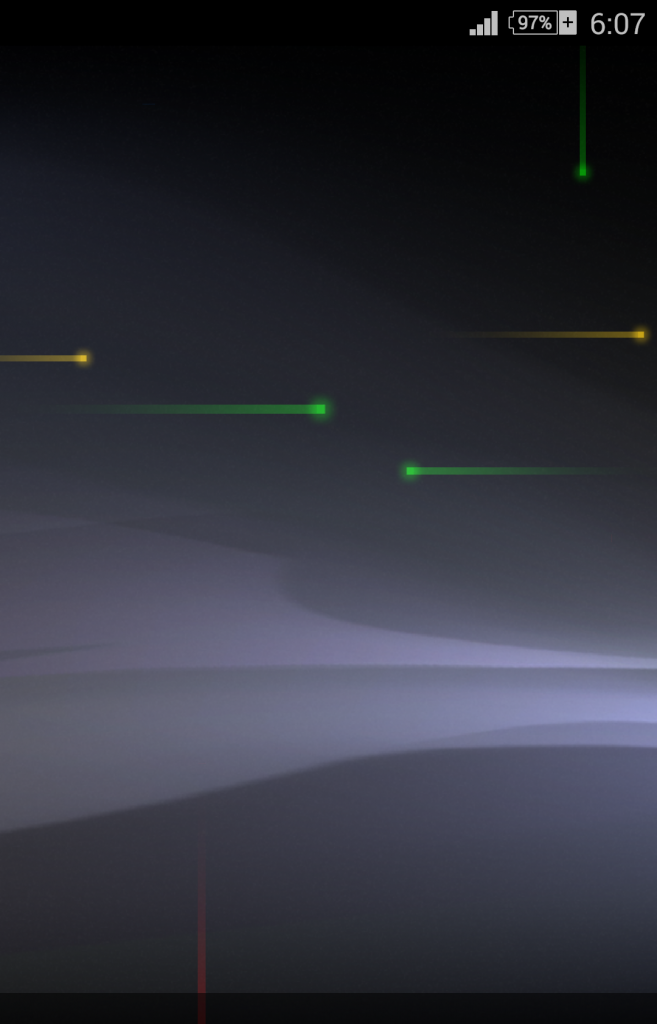 Use The Right Memory Card: It is not just the storage size of a memory card that matters while selecting one for your Android phone. The quality class is something that only a few are aware of. The quality Class 10 is recommended for high speed and you can see it marked with a circle on the SD card. However, a little testing beforehand is always suggested.

Optimize hierarchy and layouts: Layout is an important part of an app that, if applied poorly, can result in an application that constantly exhausts the phone memory by its sluggish UI. Gratefully, the Android SDK comes with tools that can help detect performance issues with the layout and fix them to offer a smooth scrolling UI that leaves a negligible memory trail.

If Nothing Works, Go For Factory Reset: If none of the above works on your device, probably because it has been through too much, go for a factory reset. However, remember to back up everything that is essential to you, from the apps to its data. 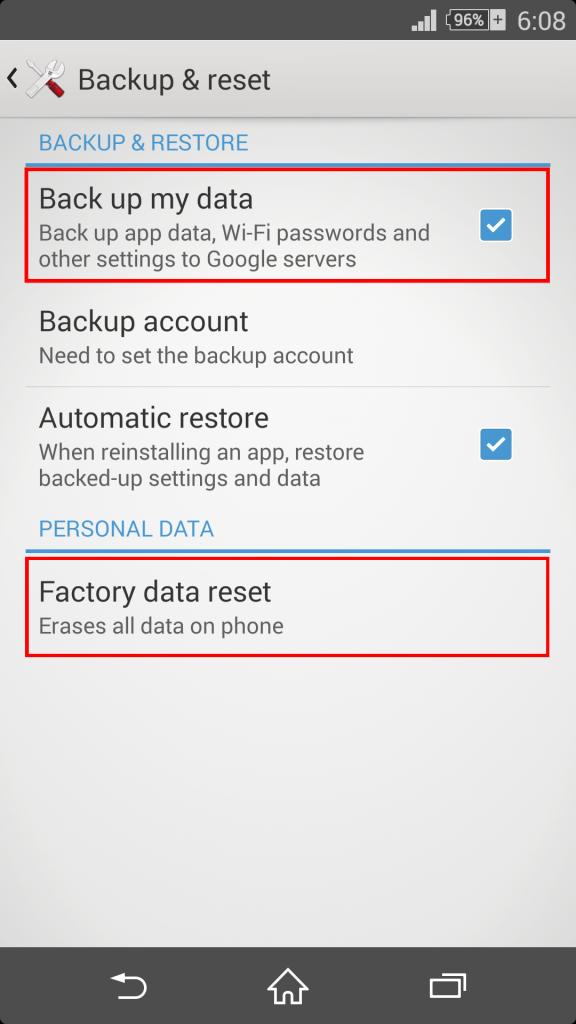 Hardware configurations like storage, RAM, and processor of a device play a vital role in making your phone’s performance good or bad. But the technology that a device processes and its usage rate also determine the kind of output and performance that its hardware would render. The listed above tips and tricks are helpful to know how to optimize Android for different devices, including smartphones and tablets. Note that the procedures advised here are expert-tested and have rendered optimal results. However, ensure that the suggested tips and precautions are implemented properly to avoid inconvenience or loss of vital data.