Graphics cards are getting expensive day by day with the latest Nvidia RTX series going as high as $1200 but the mainstream graphics cards are still kicking in at the same prices and perform a lot better than the cards in such price range years ago. AMD RX 590 is such an example and it is again a refresh of the previous architecture, although with 2nm smaller lithography, which is why it results in better core clocks. The performance increase from AMD RX 580 is seen up to 10 percent and now the RX 590 can achieve around 1550 MHz core clock at the stock configuration and a little higher than that on overclocking.

Though if you are looking for an NVIDIA alternative, the NVIDIA GTX 1650 or the GTX 1060 are good options. 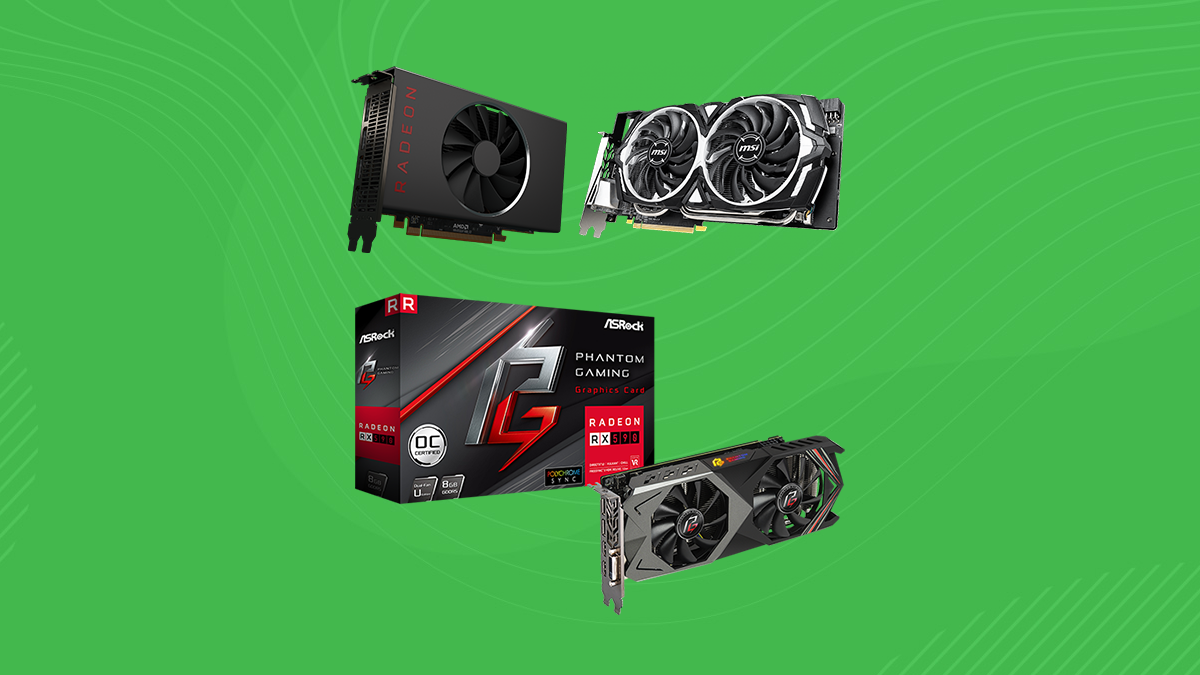 Speaking of the performance of AMD RX 590, we can see that the graphics card performs fairly great, even in the latest games and one can easily play all the games at 1080p resolution with ultra settings achieving solid 60 FPS. Some less demanding games like Hitman 2, Devil May Cry 5, etc can be played at 1440p resolution too, achieving the same 60 FPS mark. This is great news for an average consumer because getting such performance in this price range was never this easier. We will discuss the top-end models of the AMD RX 590 in this article which will prove their worth and not disappoint you in any way.

Sapphire Nitro+ variants are known for their balanced performance and clean looks. The special edition takes things up a notch and offers dazzling transparent fans which are lit by the lighting below them. The graphics provide a clean fan-shroud, blue in color, and a thick heat-sink lies beneath. The heat-pipes are emerging from the top indicating that the heat-pipes are big enough that they can’t be hidden under the shroud. The graphics card also offers a beautifully crafted back-plate which provides a lot of vents for improved airflow and yet carries out the basic tasks of a back-plate.

The card features a 6-phase VRM design which is particularly high-quality resulting in great overclocking performance. We found that the graphics card could easily be overclocked up to 1600-1620 MHz and 2250 MHz on the memory, which is altogether not a bad overclocking result.

It is also a good idea to pair the RX 590 with a decent CPU like the Intel 12 Gen series and with a great Z690 motherboard you can expect quality performance in most modern games.

The cooling solution of the graphics card offers 2 x 8 mm heat-pipes and 2 x 6 mm heat-pipes. The fins of the heat-sink are aligned horizontally which is why the hot air will be ejected sideways. The graphics card uses 2 x 95 mm fans which are removable and you just need to remove the screw and the fans will pop out. This results in easier cleaning when the card gets dusty after working for a few months. Unless you are not impressed by the looks of the graphics card, there would be almost no reason to not consider this graphics card as this is one of the perfect variants of the AMD RX 590.

The design of ASUS ROG Strix models got great fame as this was the first of the ASUS graphics card which provided such a beautiful RGB setup along with a premium shape. This graphics card is very long so make sure that you have a compatible casing for it, although there is no competition of this card in the RX 590 variants when it comes to aesthetics.

Since this is an amazing looking card, we would recommend a good looking case preferably an open air case or a mini-ITX if you going with a more clean and minimal look.

The shroud of the card is black and there are many RGB spots fixed in the shroud that can be controlled through the software and supports Aura Sync technology which can sync the RGB lights with peripherals and other devices. The back-plate of the card has the ROG logo on the side and although there are almost no vents for airflow, there is big free space behind the core of the graphics card which is a good decision.

The graphics card features a 7-phase VRM design which allows it to be overclocked to great extents without worrying about stability. There are six nickel-plated heat-pipes in the heat-sink that are efficient at what they do which results in the temperatures being extremely cool during operation and wandering around 60 degrees at full load, which is excellent. The price of this graphics card is a bit more than the other variants but if you can afford it, this graphics card should be on top of your list.

XFX Radeon RX 590 Fatboy OC+ is the performer model among the RX 590 variants. This graphics card might not provide you the looks but the clock speeds, the overclocking capability, and the temperatures are top of the line. The graphics card features a black circular-shaped fan-shroud which looks hideous but is very efficient for the airflow. The fans are well-built and optimized for quiet operation.

The graphics card uses a 6+1 phase VRM and since the graphics card is already operating at 1580 MHz, there is not much space for further overclocking and one can only achieve 20-40 MHz over such a high-clocked frequency. The temperatures were roaming around 70-75 degrees which can be reduced by changing the Quiet BIOS to the other one since this graphics card offers two BIOS. So you can pair it up with the RX 5600x for a good performance boost. But, choose the motherboard wisely so you can have the most optimal performance out of your combo. Check out our list of the best motherboards for the RX 5600X.

If you do not like the RGB stuff or your computer case does not offer a side panel, then the looks of this card should not matter to you which is why this graphics card will provide you with great capabilities, making it the obvious choice for hardcore simplistic gamers. Because the XFX Radeon RX 590 Fatboy is not pleasing when comes to looks it is a good idea to get a budget case to save some money.

Also checkout , our best motherboards for the i5-12600k if you are leaning towards the intel route.

PowerColor Red Devil RX 590 is pretty much a copy of the RX 580 Red Devil variant, having the same shape. The only difference here is the architectural difference between RX 580 and RX 590 which is why apart from the performance difference, the thermals and overclocking capabilities are going to be quite the same as the previous card. Even though , the Red Devil Rx590 is a little big in size. You can easily fit it in a micro-ATX case.

This graphics card features a relatively lower length which is why the card uses a tri-slot design and packs a very fatty heat-sink. The shroud of the graphics card offers a mixture of red and black colors which seems a bit odd.

The graphics card, like the Fatboy variant, features a 6+1 phase design, although it seems that the quality here is a bit better which is why we saw the core clocks around 1650 MHz. The temperature levels of the graphics card were also better than the Fatboy and we saw a maximum temperature of 67 degrees at full load, which is perfect.

The performance difference is going to be negligible between this and the Fatboy variant which is why we recommend that unless you do not like the looks of the XFX Fatboy variant, you can consider this as a great alternative.

ASRock Phantom Gaming X RX 590 is a classic-style graphics card with no RGB or special design but what it does, it does very efficiently. The graphics card features a black shroud with an arrow-like design on the right side and there are two 85 mm fans for airflow.

We know, building a gaming rig can be expensive and since this is the budget pick on our list we recommend you to pair this up with the X370 or the B550 as they are great options with affordable prices.

The card is much thinner than other variants and has a slim heat-sink which is why we expected the temperatures to be a bit higher than the others.

We noticed that the temperatures of this card were quite similar to other variants and they were close to 75 degrees. The reason behind this was that the fans of the graphics card were spinning at a high speed producing a lot of noise. That is why we will recommend this graphics card only if you are short on budget and do not care about the acoustic levels.