Monitors are the core aspect of any setup. If you don’t have a good display, you’re not taking advantage of all the amazing visuals games have to offer these days.  Everyone wants a great display for an immersive experience.

When you’re buying a new monitor the first thing that comes to mind is good image quality. Then there’s refresh rate, response times, etc. Image quality is obviously critical for any buyer. While lower refresh rate and response times can be a bit of an annoyance for competitive gamers. However, the most bothersome thing people usually run into is screen tearing.

When screen tearing occurs on your monitor, you’ll most likely notice jagged lines during gaming. In the long run, this can become a big predicament. It definitely interferes with the experience a lot. In some cases, it can totally take the pleasure away from games.

However, there are a couple of solutions to this. We’ll be looking at two of the most common ones: Nvidia’s G-Sync and AMD’s Freesync.

Screen tearing occurs due to the framerate of the game you are playing not keeping up with the refresh rate of the monitor. If your framerate is at 40 and the refresh rate of your monitor is 60Hz, the result will be screen tearing. This is because the frames are not in sync. One part of the display shows one frame while the other shows a different frame. This can severely interfere with the gameplay if the framerate varies a lot.

Anti-screen tearing technologies try to fix this problem. They use a variable refresh rate technique to make the movement on the screen look smoother. Vsync used to be a traditional solution to this but it can result in severe lag and drop in framerate if not optimized properly.

Nvidia’s G-sync is a popular solution to this. It uses a variable refresh rate technology. Which means if the framerate is at 40, then it will change the monitor refresh rate to 40Hz as well. This keeps the frames in sync and results in a smoother image. 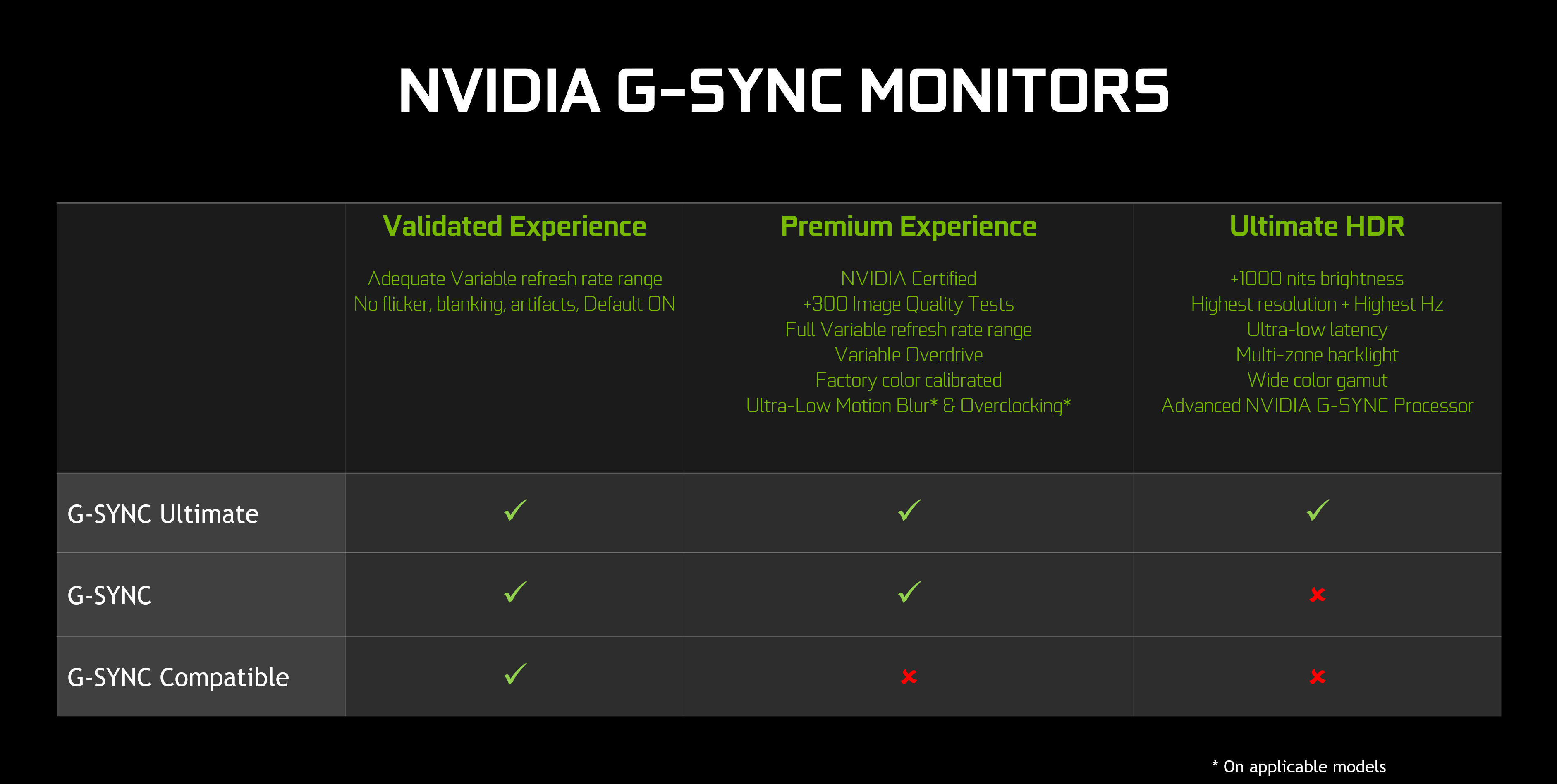 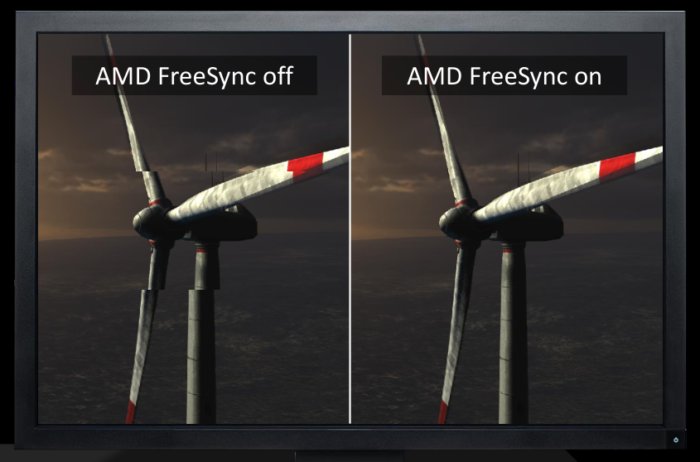 AMD’s Freesync is another solution to this problem. It works the same way as G-sync by utilizing the variable refresh rate technique. The only difference here is that it’s not a proprietary fix. Freesync is built around Displayport Adaptive Sync. Replacing the hardware module, AMD Radeon drivers are at work here. They work with the firmware of the monitor to make the movements on the screen smoother.

Recently they updated Freesync to Freesync2 on a wide variety of monitors. This is still built around the same technology, but with improvements in firmware and tweaks, it’s much smoother than the original. 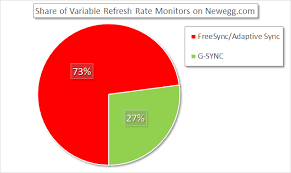 Deciding between a Freesync and G-sync display used to be a matter decided by what GPU you had. If you had a Radeon graphics card, you couldn’t use G-sync so you were stuck with Freesync. Since G-sync was proprietary you couldn’t use a Radeon graphics card with it. Also, if you had an Nvidia card, Nvidia would lock you into using G-sync and paying the premium for G-Sync displays.

However, that situation has completely changed recently. Nvidia announced a few months back that they would be announcing a driver update for their graphics card. This update enabled Nvidia GPU’s to work with Freesync monitors. The driver update has now rolled out. Freesync on Nvidia cards is just as smooth as an AMD one. However, on a side note if you’re in interested in buying an ultimate ultrawide monitor then feel free to check out our best ultrawide monitor picks!

So the decision is now much easier to make. While some people make the argument that G-sync is still a bit smoother and fluid, the difference isn’t noticeable in the real world. Freesync is just about perfect for everyone. A lot of monitors already have Freesync support for Nvidia GPUs as well. So no matter what GPU you have, it’s a wise move to save the money with a Freesync display and enjoy a good fluid gaming experience.