No one can question the popularity of the Minecraft game. In fact, it currently stands as the second-best selling standalone video game and one of the main reasons for this great reputation is the various mods that are available for installation. These mods have made it a virtually non-ending experience by ensuring that there are always new worlds and adventures waiting to be discovered.

Some of these Mods are also meant to improve your overall game experience. They will increase the game speed, boost game visuals and simplify some tasks that would otherwise be challenging for you. Also, if you are a novice and you are under the impression that the game has become too easy, there are Mods to change that.

The Mods are many and would take a long time to list them all. However, I have sieved through them to give you the most useful ones. 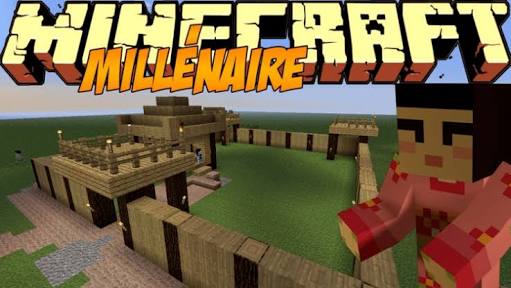 Don’t you hate it when you run into empty spaces when exploring? This mod will take care of that for you. It introduces a variety of new stuff to fill in the empty spaces. Also, the mod replaces normal villagers with human men, women, and children. The villages have also been transformed to give them a more archaic look based on the 11th century Mayan, North Indian and Norman people. 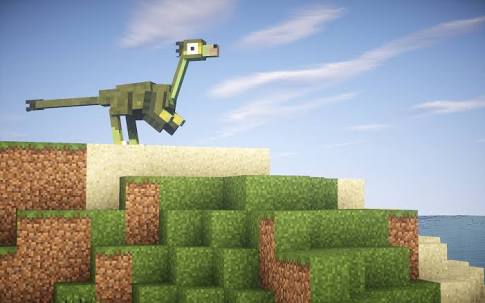 Dinosaurs are extinct in the real world but that does not mean they can’t exist in the Minecraft world, right? If creepers scare you then imagine how having a raptorex chase after you will feel. But that’s not all. This mod also allows you to discover fossils in the survival mod and bring back the ancient creatures back to life. The developers have also worked on the texture so that it’s smoother. 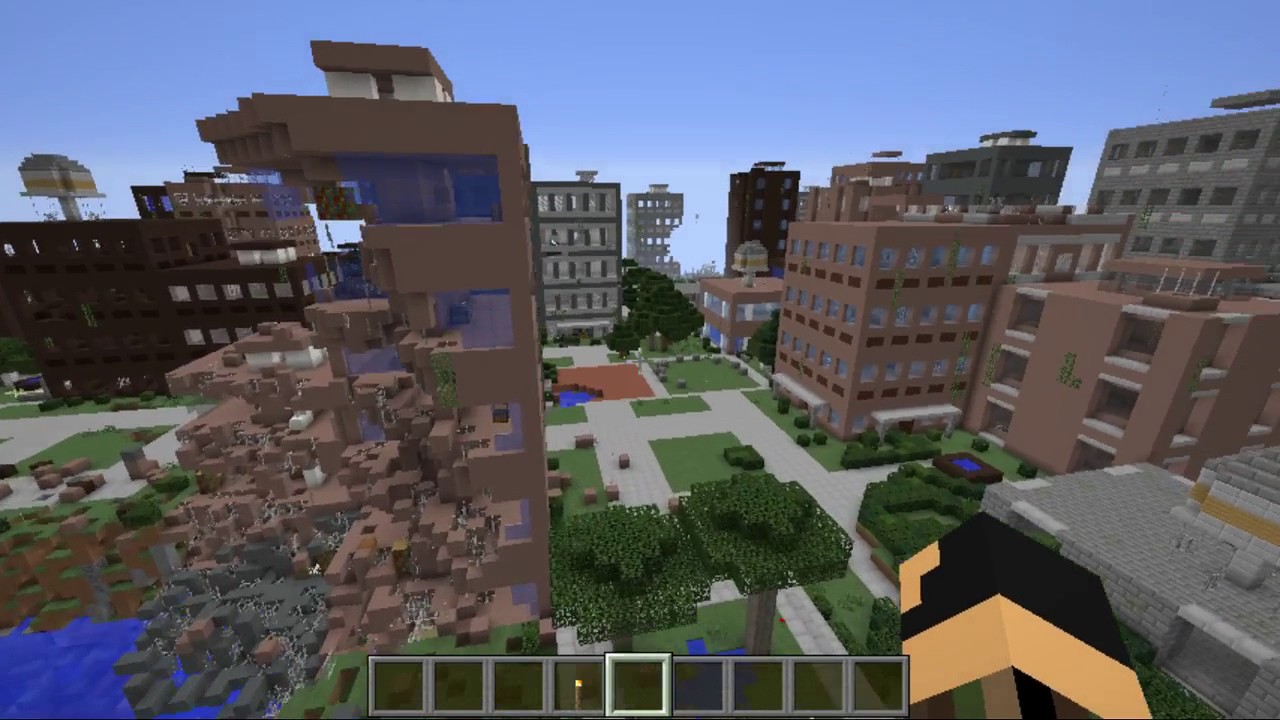 Half-demolished buildings, deserted streets, where has everybody gone? Like the name suggests, this Mod takes you through cities that seem to have ceased existing. No sign of life apart from you. The objective is to roam through the cities and survive as long as you can. It’s a great way to test your survival skills. 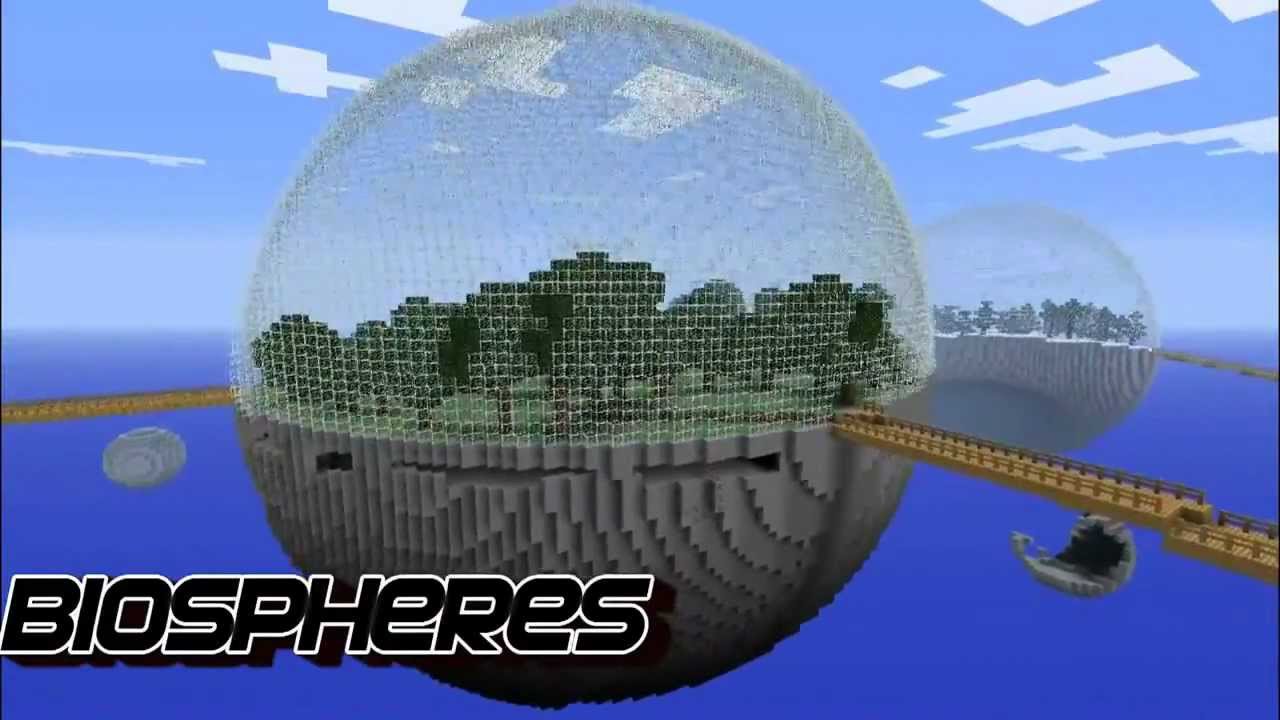 If you have tried creating a biosphere in Minecraft then you know how daunting a task it is. It will take you several hours to complete and even then, what you end up with only remotely resembles a biosphere. However, with the biosphere Mod, you can create perfect spherical biospheres to paint your sky with. 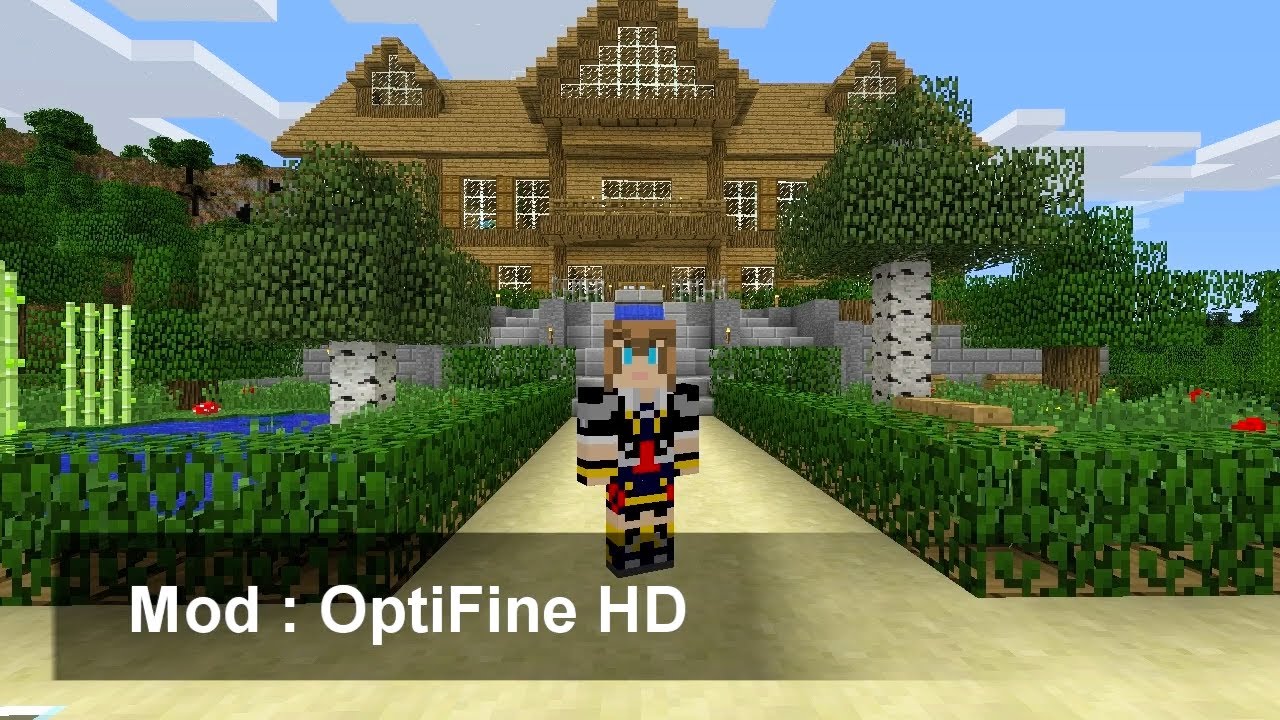 This is one of the first Mods you should consider installing before you begin your Minecraft adventure. It’s a Mod that greatly optimizes the game so that it can run smoothly on your device. It’s particularly great if you are running Minecraft on a low-end device which can lead to stutters in the game. Apart from speed optimization, this mod  also improves the overall look of the game through HD texture and smooth lighting support. 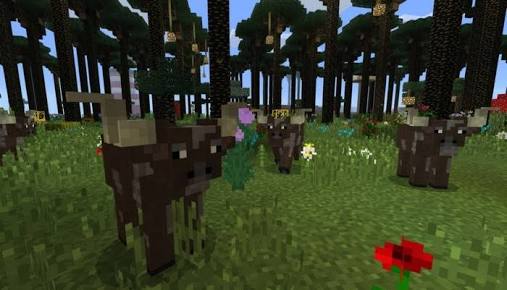 How would you like to go exploring in the forest? That’s exactly what this mod does. Adds a new dimension made up of a lush jungle of trees. Don’t be fooled by the beauty of this piece of nature though. There are dangerous monsters lurking within waiting for you. However, the deeper you go, the more the rewards. To get out of the forest you can throw a diamond into a pool of water surrounded by flowers and create a portal. 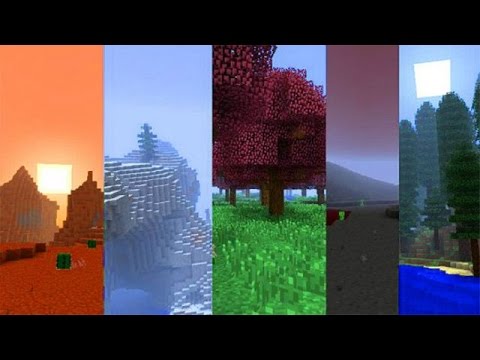 The Java edition Minecraft comes with about 26 biomes.  On the other hand, the Biomes O’Plenty Mod brings even more diverseness by introducing 75 more biomes such as brushlands, wastelands, and a cherry blossom grove. In case you are looking to start a new world then this Mod is a great way to start.  Just go to the Biomes O’Plenty world generation option, create your new world and start adding the various features available in the Mod. 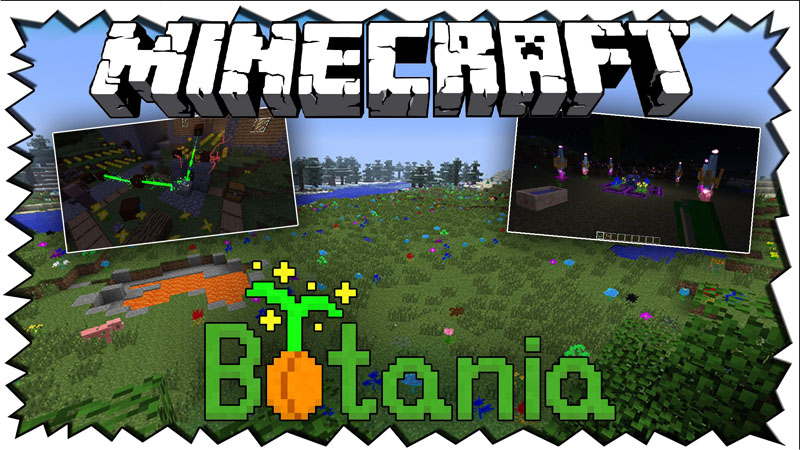 This is a Mod that allows you to add flowers to your Minecraft world. But these are not just beautification flowers. You can use them for a bunch of cool stuff like make mobs turn against each other instead of attacking you. You can also use them to heal yourself and feed animals. But even cooler these flowers can be used to open a portal to another dimension habited by elves. 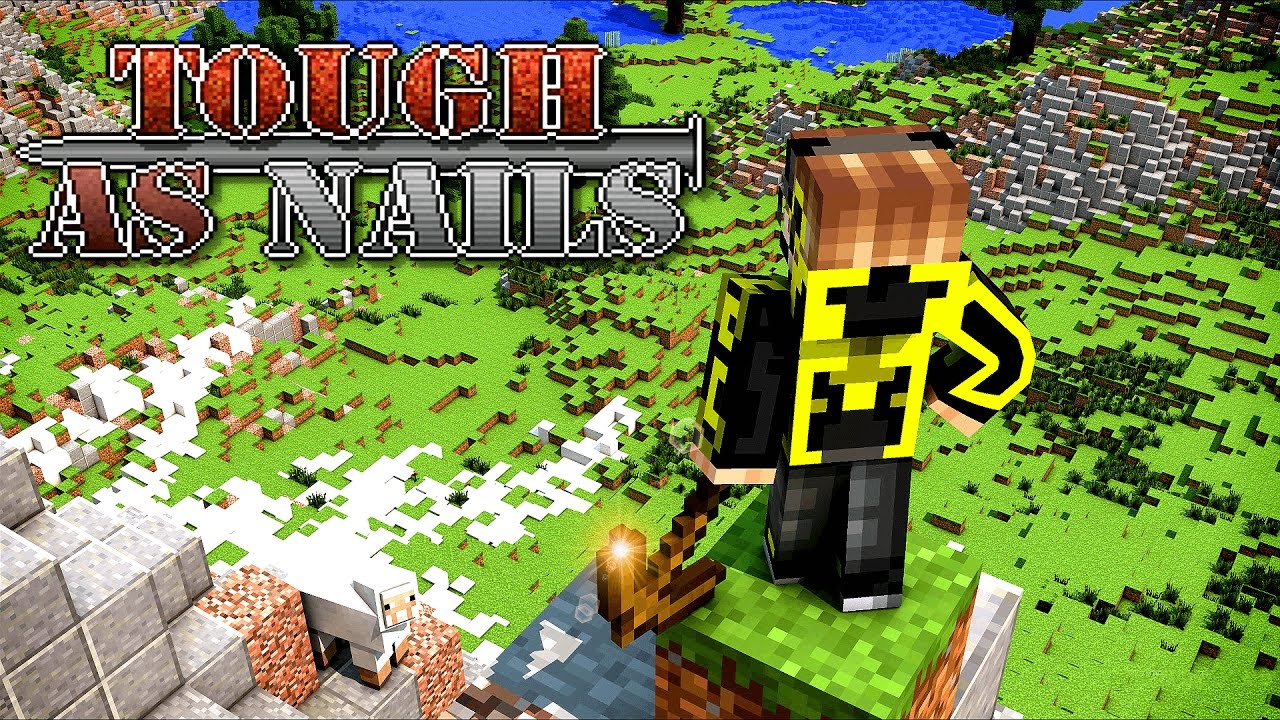 This one is for you if you think you have mastered the survival challenges. It will add a meter to measure your hunger, thirst and body temperature. This means you have to be very conscious about how you use your inventory lest you starve to death. 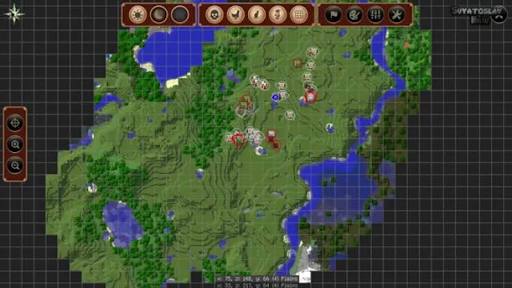 The secret to successful exploration is a great map, right? Well, Minecraft fails in that since its map leaves a lot to be desired. For instance, it only shows where you are at a particular moment. Which makes the journeymap mod really useful. It maps your world as you go and allows you to set waypoints for places you have already visited in case you want to come back. It also shows you when enemies are close by so that you can evade them. What’s better is that you can do all this while still continuing with the game thanks to the minimap at the corner of your screen. 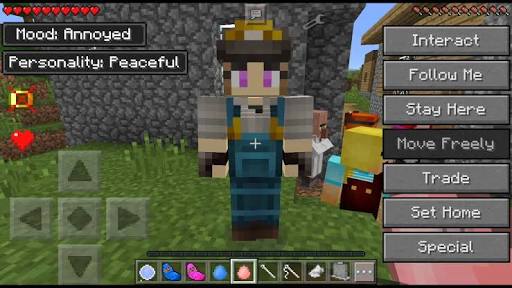 This Mod introduces NPCs that are only exclusive to the Education edition. It also updates s the villagers so that they now have a name and personality to be identified. You will receive bonuses as you interact with them based on their personality. In fact, as you intermingle with the villagers, you can establish a relationship that may lead to marriage. You can also have children whom you can commision to help with various tasks like gathering crops.  However, to install this Mod you will have to use the RadixCore utility Mod instead of Forge. 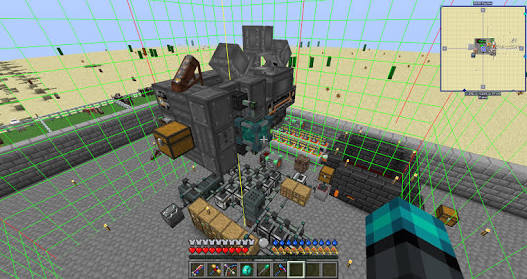 This is another great Mod to test your survival skills. It is based on an older Mod pack called Crashlanding and depicts you as a lone survivor in a space shuttle that crashes in the middle of a desert. You are then left to scavenge for resources while battling with hunger, scorching heat of the desert and hungry zombies that come out at night. Don’t worry though. It gets better when you have put up a defence around you. 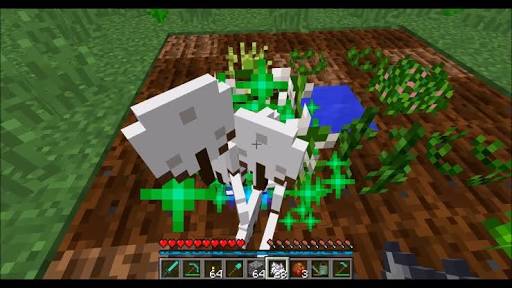 This one of those old Mods that never burn out. You cannot overstate the importance of food in the Minecraft world and if you love the farming aspect of the game then you will love this Mod. You can actually rear bees for their honey and raise livestock for their meat. On top of that, you get seeds to plant, countless recipes, and a wide variety of food items. 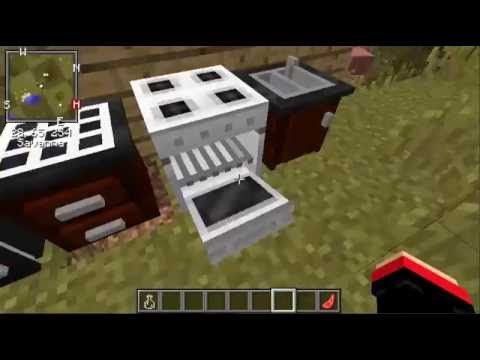 How do you love your cooking in Minecraft? Sometimes you may start preparing a meal only to realize much later that you are missing a certain ingredient. It can be frustrating but not when you have this Mod. It makes the whole process easier by incorporating a cookbook that will only have the recipes for food that you can make with available ingredients. In an upgraded version of the book, you can prepare absolutely anything you want. This Mod will match particularly well with the Pam’s Harvestcraft. 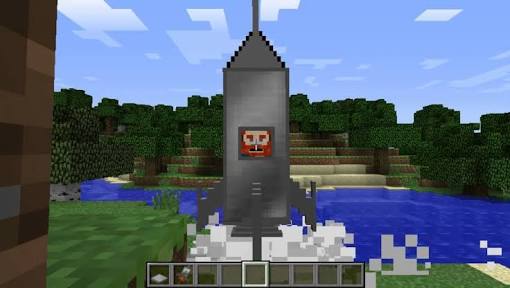 Tired of the earth? Well, how about you take over space? This Mod allows you to travel and explore an entire solar system. You can even set up your base at the moon. But it will not be as easy as you think. The developers have made it so that leaving earth is not an easy task. And when you finally escape, you have to deal with evolved space mobs baying for blood. But surely you can handle that when you are flying around in a personally customized spaceship, yes?

It may seem overwhelming but installing these Mods is pretty easy. Especially once you have installed the Forge utility Mod. After that, all you need is to copy the downloaded Mod zip file into Minecraft’s Mod directory and activate the Mods inside the game.

Also, some Mods may not be compatible with your version of Minecraft and you may, therefore, have to upgrade or downgrade it for them to work. But all in all, these mods will totally be worth the effort. So, there you go. 15 more reasons to love Minecraft.