The great thing about smartphones is that they have more or less replaced the dedicated audio players, and for all the right reasons. While there are certainly great DAPs available in the market, unless you are very meticulous about the music you are listening, you can actually get a good music player for your Android smartphone and you would be good to go.

However, with so many music players to choose from, just what exactly can you go with? That is where this article comes to play. In this roundup, we are looking at the best music players for Android; we have curated this list with great care so if you are wondering if you are going to end up with something that is not for you, you do not have to worry about anything as such.

Poweramp remained in V2 for years, and many people thought it would never be updated. However, if you followed the beta channel or the official forums, you knew the developer was (very slowly) working on the V3 release. When a beta version of Poweramp V3 was finally released (which we covered in this article), the people who followed the beta channel were blown away. Poweramp V3 beta had introduced a brand-new interface, but most importantly, the audio engine was completely reworked from the ground up.

When Poweramp V3 was finally officially released to the Play Store, many people focused on the new interface – whether they loved or hated it. But the UI changes weren’t the main appeal of the new Poweramp, it was the reworked audio engine that has full support for high-end audio DACs.

While people who primarily use budget headphones and MP3 files may only notice the UI changes, audiophiles with high-end DACs were treated to the new OpenSL Hi-Res Output, with bitrates as high as 192khz for the most blissful listening experience. This makes Poweramp V3 truly the best audio player for true audiophiles in 2020.

Perhaps a direct competitor to Poweramp V3 in the “high-end audio” market, Neutron Music Player is absolutely loaded with customization options. It comes with a 30-band equalizer, numerous DSP effects, and only a studio engineer would probably understand all the various settings for frequency and bitrate adjustment. With all the available options, the menu interface feels like a hedge maze, and people who prefer a “simple” audio app should definitely look elsewhere. True audio enthusiasts will feel like they have died and went to customization heaven.

BlackPlayer has been around for some time, though it is constantly updated by the developer. The developer is highly active and beta channel followers can expect even more frequent updates. On the surface, BlackPlayer appears to be a simple audio player with a minimalist Material design, but that is the basis of its appeal.

With its minimalist black appearance (which looks great on AMOLED screens), BlackPlayer is able to focus on an intuitive, easy to navigate interface. Thus, its really quite easy to navigate your folder hierarchy, put together playlists, and queue tracks.

If simplicity of design appeals to you more than a ton of customization options, BlackPlayer could be the perfect audio player for you. That’s not to say, however, that BlackPlayer is lacking in customization options. It comes with a 5-band equalizer, numerous DSP effects, gapless audio, an ID3 tag editor, and numerous other features that should keep most people happy. 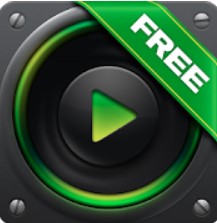 If you are looking at the Google Play Store for one of the best music players for Android, you will run into PlayerPro, it certainly is one of the best music players available for Android, and the best part is that it is available in both free version and paid version. The reason for that is rather simple, going this route will actually allow you to make a properly informed decision. 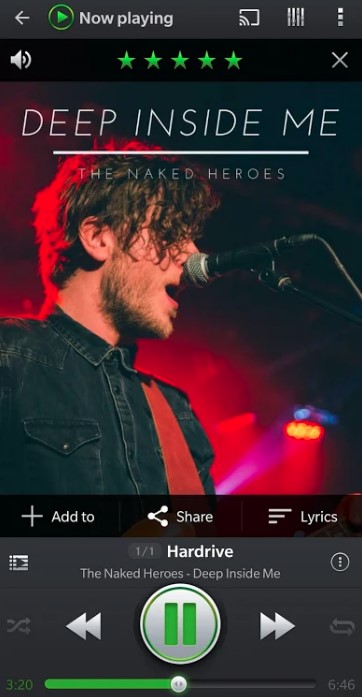 After all, you do not want to spend your money on something that you are not going to like. That is why it is always better to try this out before settling for it. However, the biggest standout feature of this app is that it actually comes with a standalone DSP pack that you can download in conjunction with the PlayePro Music Player and you will be getting the best possible experience.