Even though the old drivers gets overwritten by the new version of the driver, some drivers remain in the system even after updating or uninstalling, which can lead to a conflict between drivers and cause startup problems. Therefore, you should remove them permanently from your system.

Additionally, when we plug a new hardware device into our computer, the Windows update utility automatically downloads its driver from the server. However, when we are done with that device, we unplug it from the computer, but its driver remains on the computer and takes up space on the system drive.

To avoid these issues and free up space, we will provide some methods for removing old or unused drivers from Windows.

You will be able to remove the drivers that are not being used by the hardware, as the hardware device is not connected to your computer.

If you plugged many hardware devices into your computer and then unplugged them, you will need to remove their drivers to clean your disk, as they are not required unless you plug the hardware device again.

However, it does not matter, as the Windows update utility will again install it from its server if you need to use that device again.

You can also remove the depreciated drivers using the disk cleanup utility to free up some space on a system drive as it removes the temporary files, unused drivers, cache data, and the files that end up in recycle bin. However, it is now shifted to the Windows Settings, but in the previous version of Windows, you can find this utility on disk properties settings.

There are various free applications available on the internet that allows users to remove old or unused drivers automatically from the system. 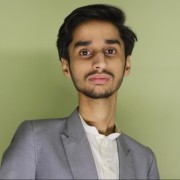 3 Ways to Sweep Outdated or Unused Drivers from Your Windows