If you have an Android device and have received the ‘Screen Overlay Detected’ message, there is fortunately a quick fix that can help you to get around the problem. This issue has appeared after an update to the permissions system in Android Marshmallow, so whilst there is a solution, it’s something that you’ll have to follow each and every time your smartphone or tablet gets permission requests. 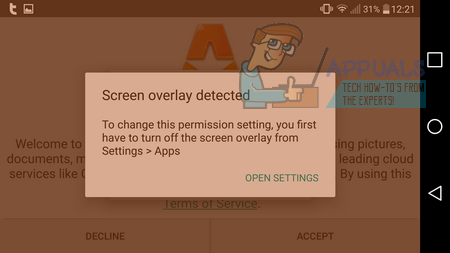 When you use an overlay or filtering app such as F.lux, Twilight or CF.Lumen, the message can appear. The only time this message is shown is when you download a new app or try to use a new feature in an app you’ve already installed.

When you use a new app for the first time or try to access a new feature, Android Marshmallow will now ask for your permission. The ‘Screen Overlay Detected’ message is there to stop these permission requests from happening until you’ve shut down the overlay app. 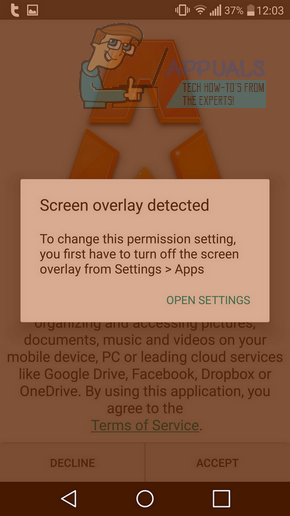 How To Solve The Screen Overlay Detected Message

Solving this issue is very straightforward. When you receive the message, return to the home screen and then visit your app drawer. You’ll need to locate the application that is causing an overlay. Go into the application, then pause it. In our case, we were using Twilight. In the Twilight app we can press the small red circle icon to pause it at any time. If you use a different app like F.lux or CF.Lumen, you’ll also need to pause it within the app itself. 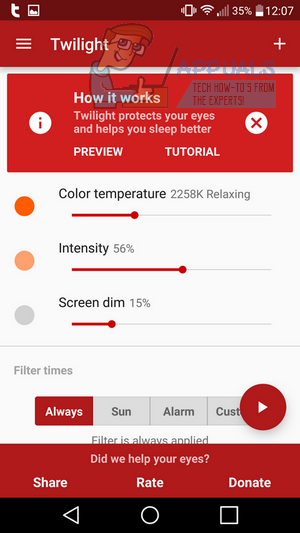 Please keep in mind that you’ll need to follow these steps every time you install a new app that requires permissions or an existing app asks for new permissions.

What If I Don’t Know What App is Causing The Message?

If you don’t know what app is causing the overlay message, follow these steps. 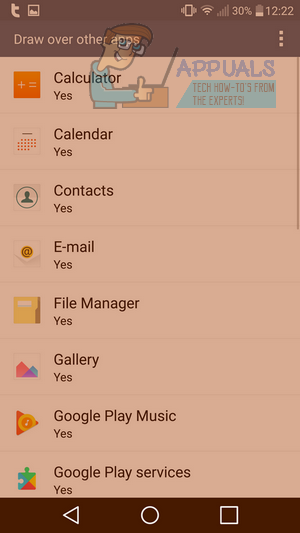 Next time you use the apps you’ve disabled, it will prompt you to re-enable the overlay feature. You can enable it again, but you will have to temporarily disable it each time an app requests permissions.

Why Does This Happen?

You may be interested to understand why this happens on devices with Android 6.0 or later. Since Marshmallow 6.0, Google has put a lot of focus into user security. The biggest feature for security is the introduction to advanced permissions control. In Android Marshmallow, every app that requires certain permissions must get the user’s permission before getting access.

To ensure no malicious apps can accept the permissions automatically, the screen overlay message has been created. The message prevents any interference from other apps whilst permissions are being asked for. It’s a great security feature but it can be frustrating to deal with if you regularly use apps like Twilight or F.lux.